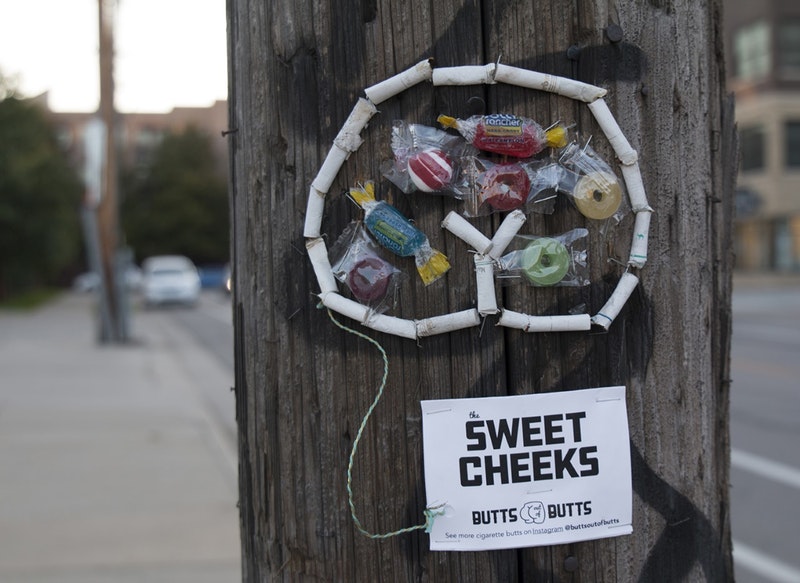 Working to raise awareness of litter, Buttsy
builds sculptural collages out of found objects, with a
strong emphasis on some of the most toxic offenders: cigarette
butts. Like
Banksy, he works quietly and invisibly in the night. 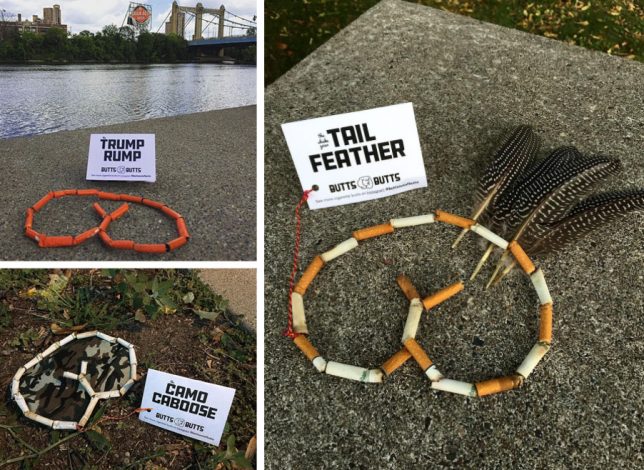 They may seem small, but butts create over one and a half
billion pounds of trash per year. And while society has gotten
better about shaming those who toss them on the street, we
could still do more. To that end, Buttsy has begun shaping
butts out of butts, as it were. 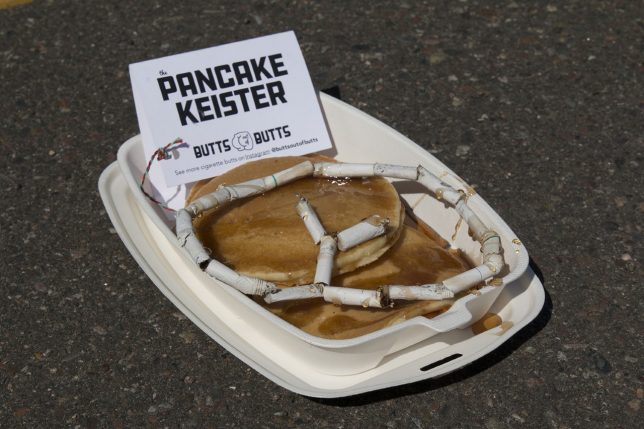 “A lot of my friends and people who work in my industry
[advertising] smoke, and they just leave their butts
everywhere,” Landon Beamer, a.k.a. Buttsy, told the
CityPages. “I think that for some reason they don’t see it
as trash, but I’ve been very aware of it. That’s why I decided
to find a way to make people look at their butts differently.” 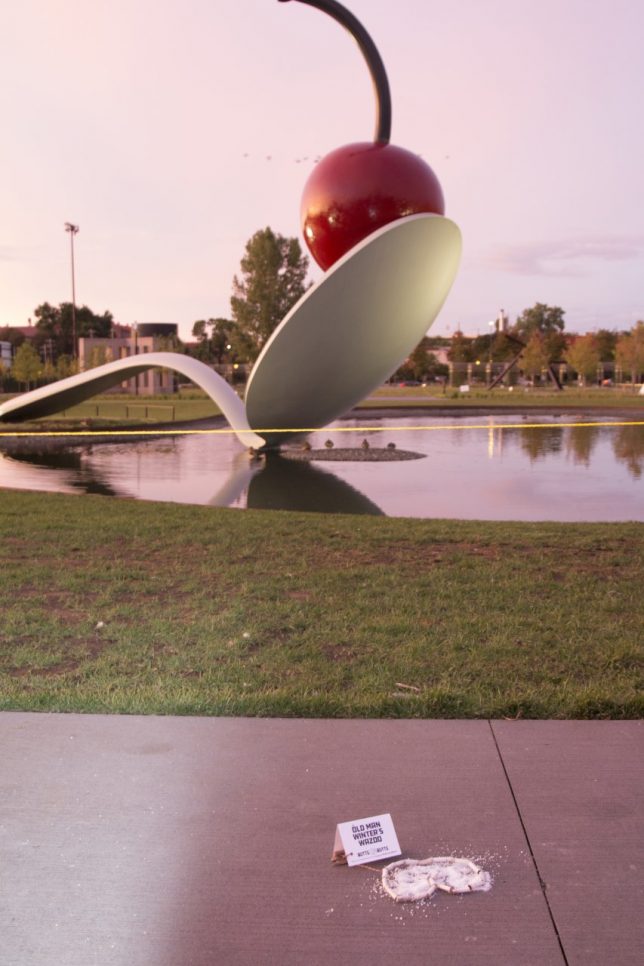 Based in Minnesota, Beamer has put out dozens of work around
the Twin Cities, tying into different pop culture themes and
using what he finds along the way. He has also lived in Boston
and Seattle, and is considering taking his project on the road
— and anywhere he goes, there are sure to be butts.