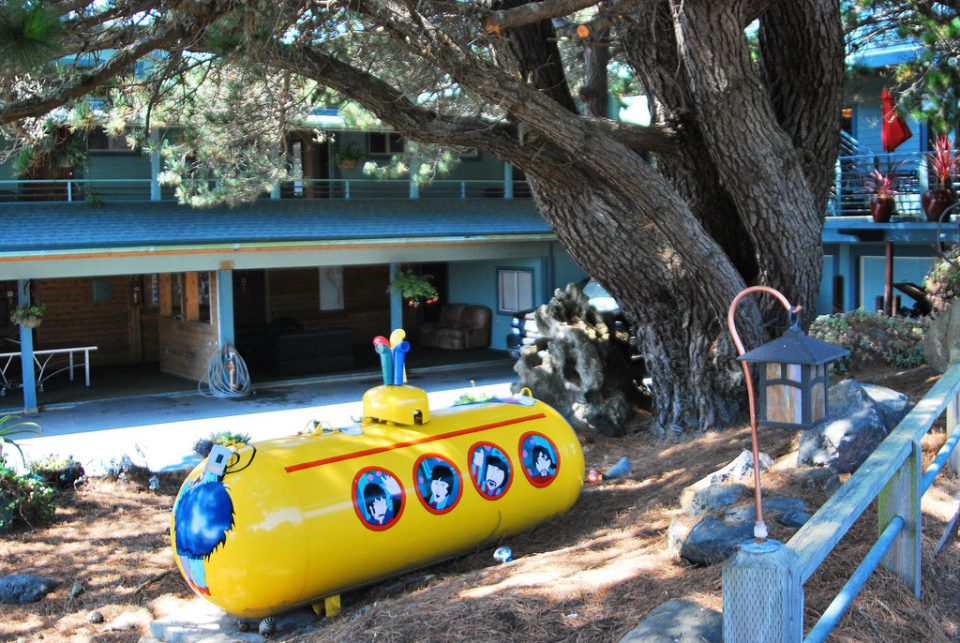 Ranging in capacity from 250 gallons up to 500 gallons,
residential propane tanks typically sport white finishes or are
left unpainted because, y’know, dark gas tanks under bright
sunlight and all. Not all propane tanks are so exposed,
however, and their sizes and shape invite an unlimited range of
creative solutions. One of the most popular, it would seem, is
turning the tank into a Beatle-esque Yellow Submarine. 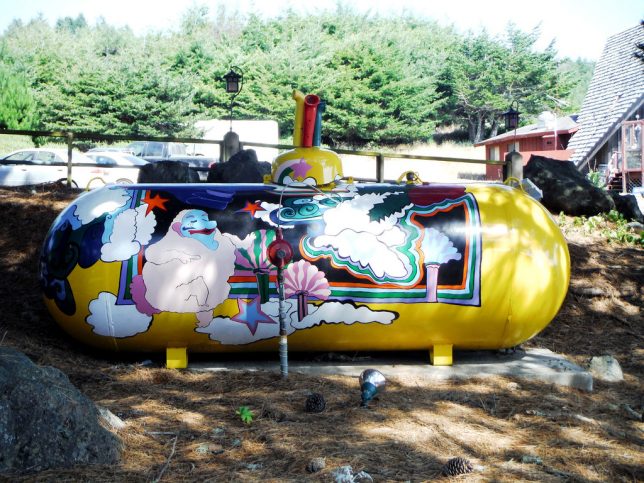 Flickr member
jhk&alk captured one such psychedelic homage to the
1967 film at Shelter Cove, on California’s “Lost Coast”, in
August of 2014. 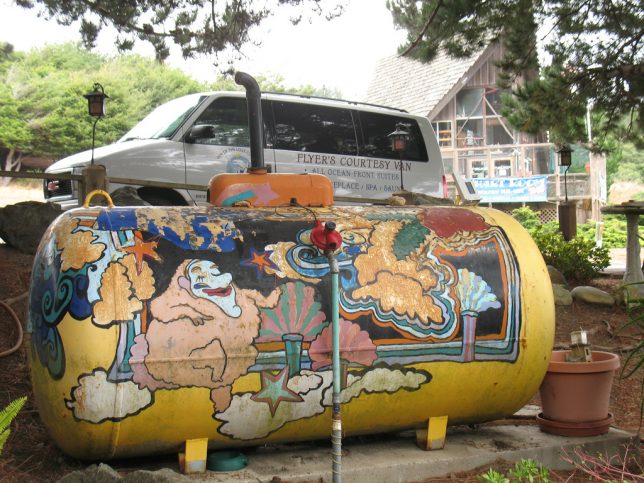 Kitten of the Sea 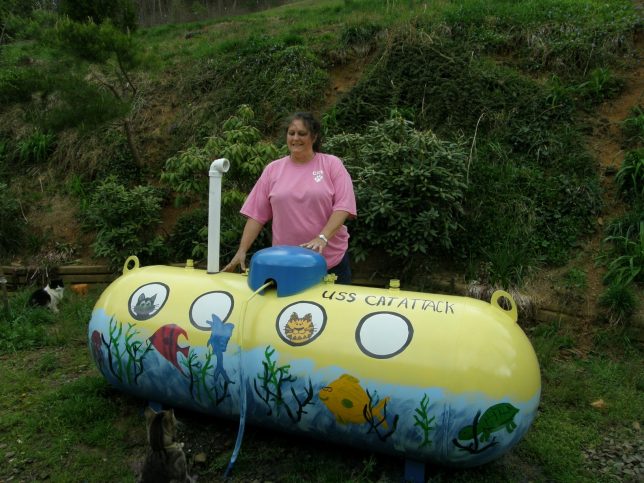 It’s yellow, and it’s a submarine, but even The Beatles in
their most trip-tastic moments couldn’t come up with the “USS
Catattack”. We’re SO glad Pinterest member Jacqueline Faust
(theArtisticFarmer)
did, however, because this cat-themed backyard propane tank
isn’t just awesome, it’s… clawsome! 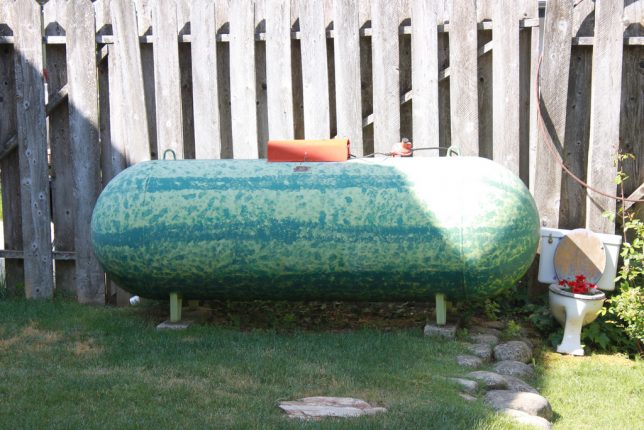 Do watermelons give you gas? This one does, but we’re sure
there’s no connection with the re-purposed toilet planter right
beside. Flickr member
vinky captured the above charming outdoor scene, possibly
hailing from the tiny town of Washington, CA, for posterity in
May of 2012. 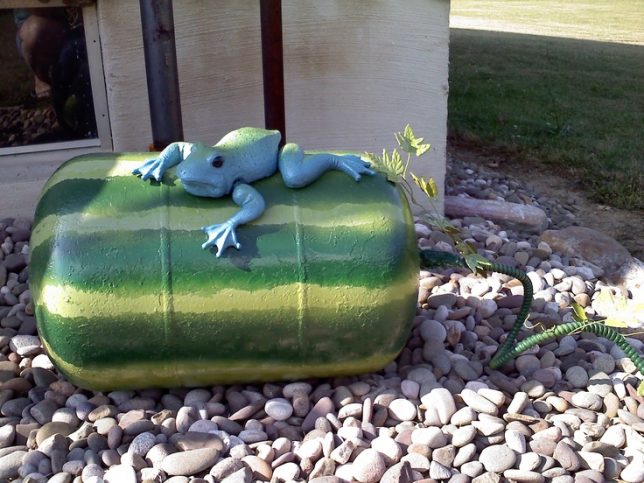 Then there’s
this watermelon-themed propane tank, complete with a
faux-frog “guardian” in case the local gas pirates (is there
such a thing?) get any bright ideas. 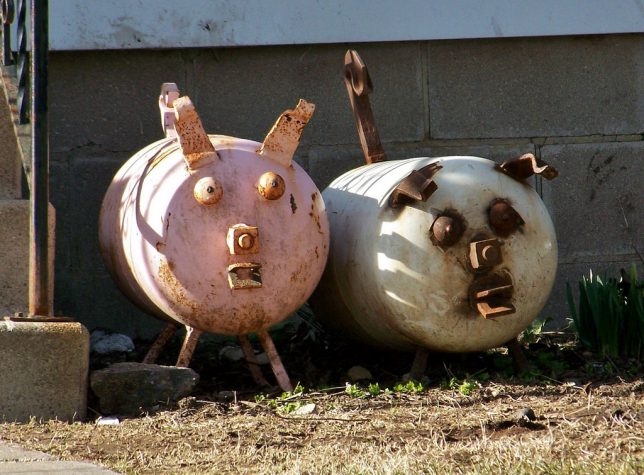 This pair of porcine propane tanks from Orangeville, Ontario
don’t appear to be functional, unless one considers their prime
function to be pieces of intriguing folk art. Flickr member

Will S posted the above image of the heavy metal petting
zoo in April of 2015. While we wouldn’t even think about
welding a propane tank, empty or not, some folks ARE qualified
to do just that. If you’ve got an hour (yes, an hour) to spare,
check out this video
from BILLSTMAXX in which the photographer/welder/artist creates
one of the gas tank piggies.