The built environment becomes the backdrop from all kinds of
imaginative (if improbable) scenes when this London
photographer adds a single layer to each of his images: a black
piece of cut paper. 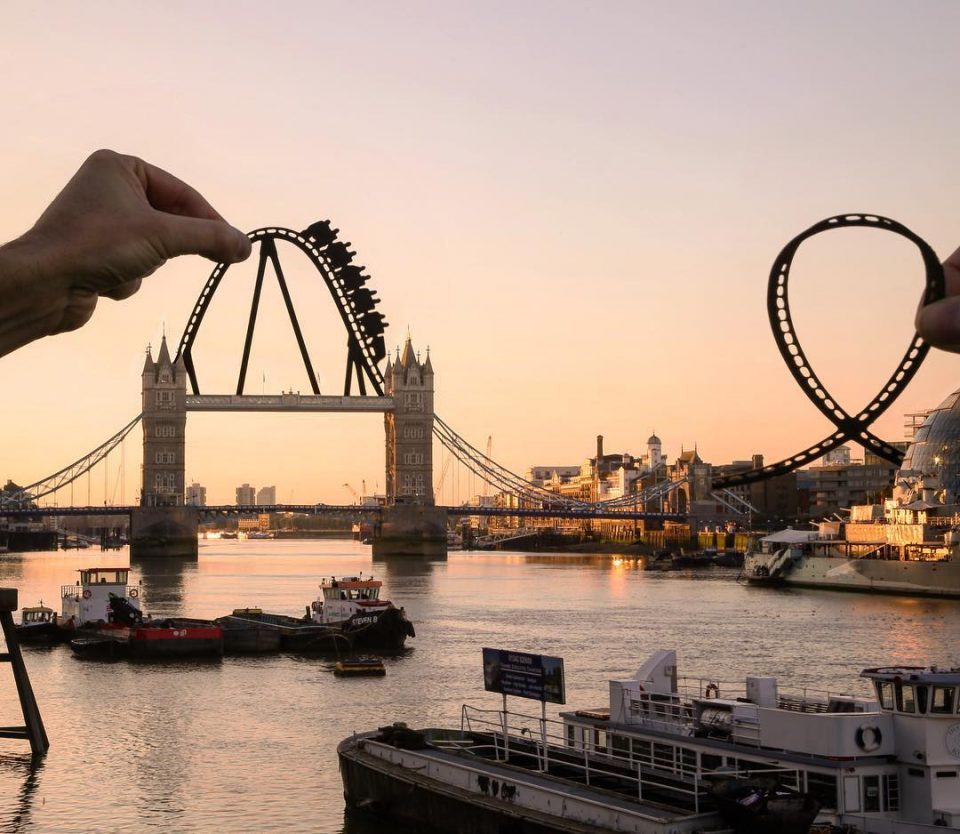 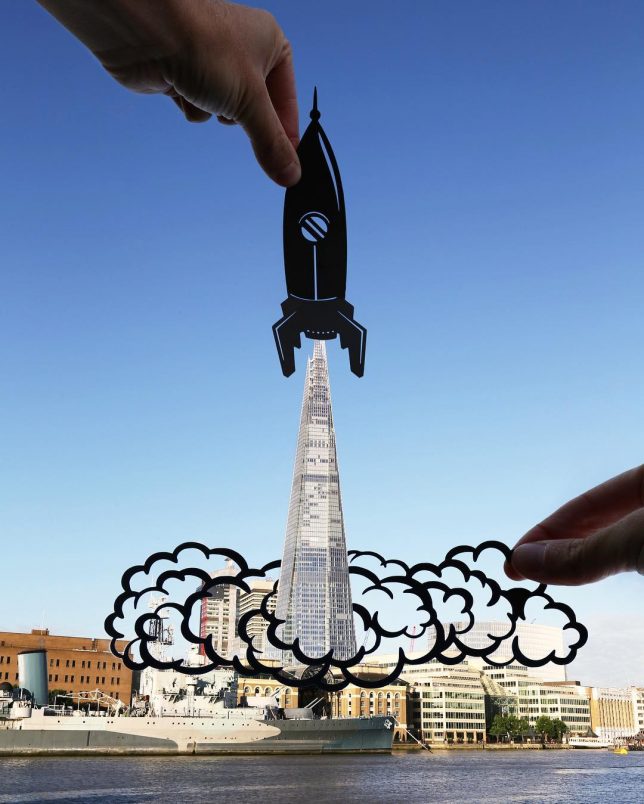 Rich McCor, also known as
“paperboyo,” transforms landmark architecture and urban design
elements, sometimes turning them into other structures (like
roller coasters) or something else entirely (the fire under a
rocket ship). 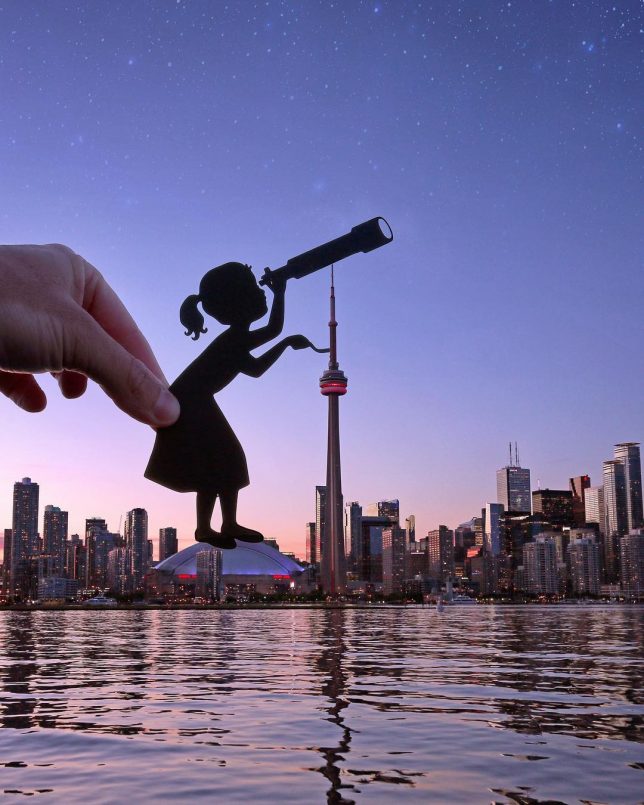 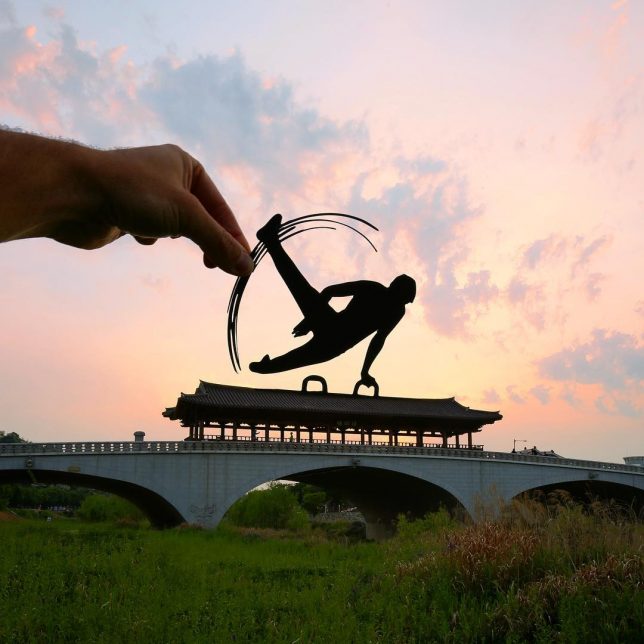 These interventions often transform the scale of their
subjects, reducing them for human use as, say, a stand for a
telescope or a prop for a gymnast. 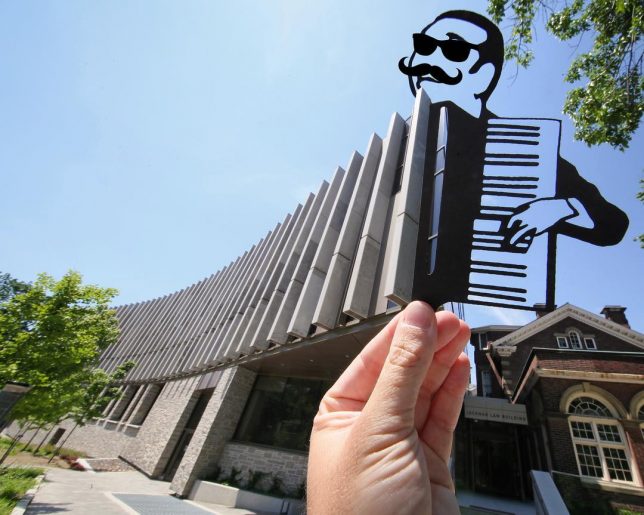 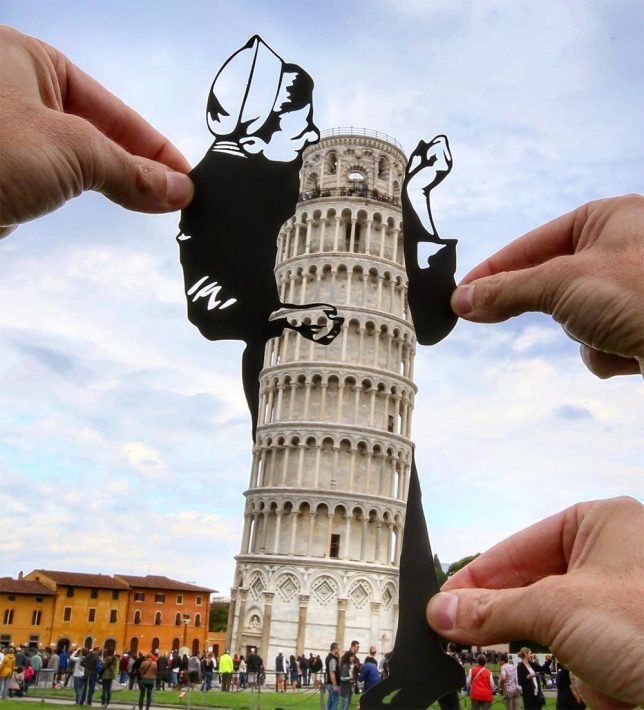 In each frame, the hand also adds another dimension, for a net
effect of three different scales — the background, cutout and
photographer. 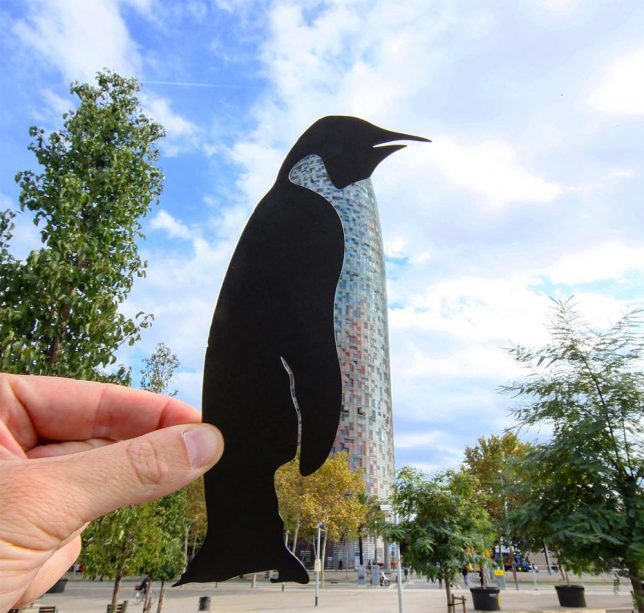 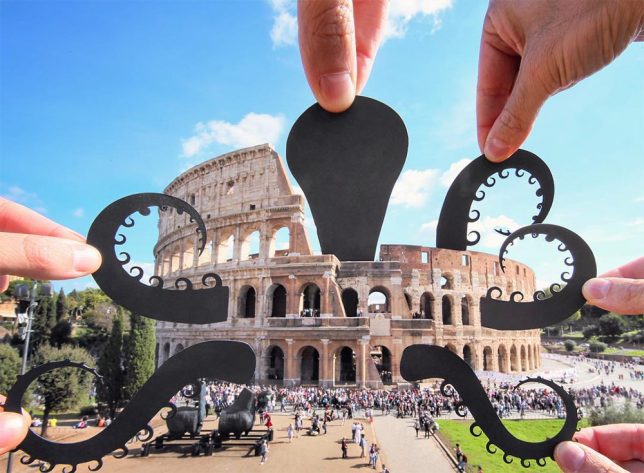 More broadly, these images suggest work our own imagination can
do while traveling — patterns that can be revealed by squinting
our eyes and thinking just a bit outside the box about familiar
structures. 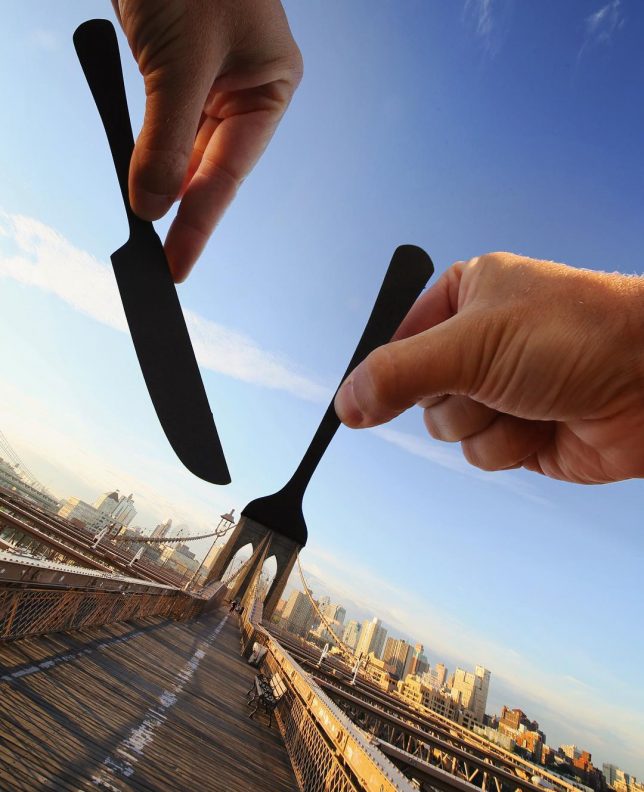 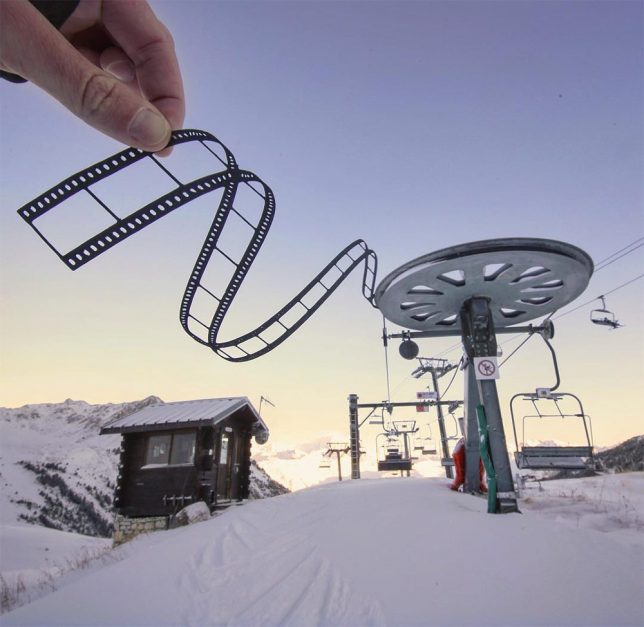 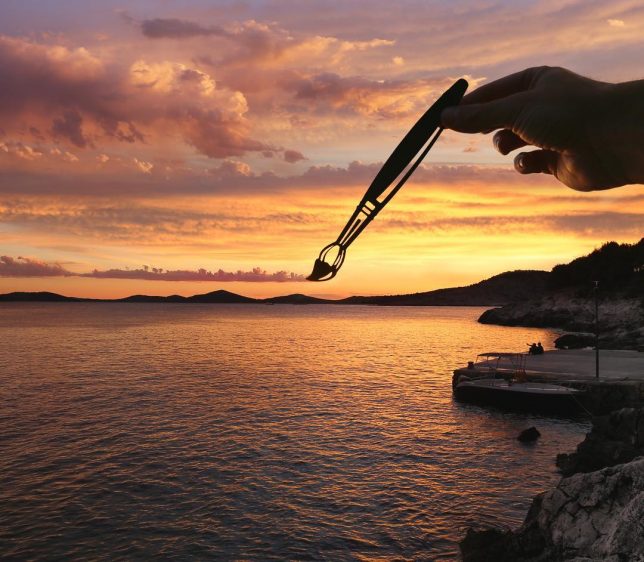 Fans can follow McCor’s adventures in Around the World in
Cut-Outs.