Fuel me once, shame on you, fuel me twice and
you’ll have to paint these huge storage tanks. You can bet the
farm these creative tanks will fuel everybody. 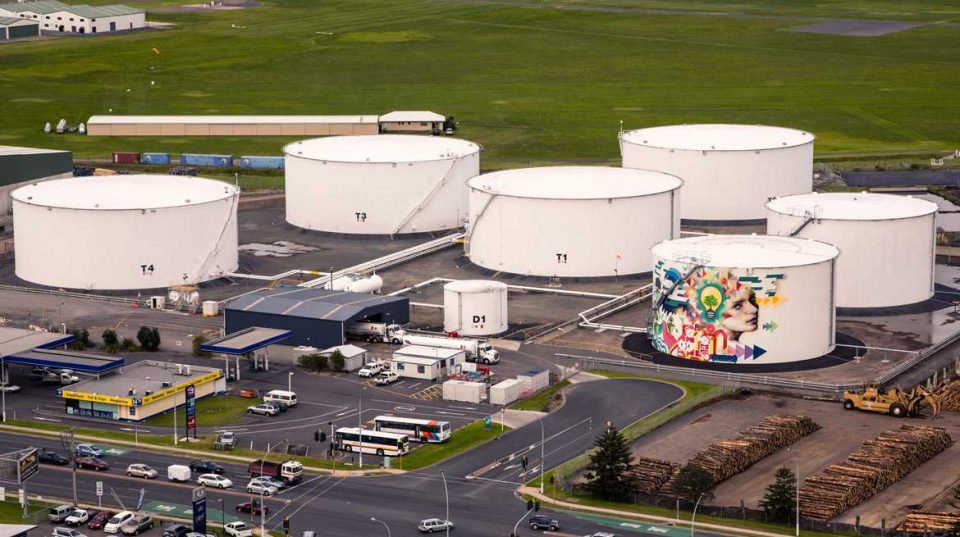 The enormous fuel storage tanks populating the world’s many
tank farms are
usually painted, though not creatively. White is the preferred
color: you don’t want a tank filled with huge quantities of
flammable fuel to heat up on sunny summer days. Canvases so big
and blank are tempting templates for artists, however, and a
single artistically tinted tank can transform the mood of an
entire tank farm. Take this 10.6 million liter capacity tank at
Terminal NZ’s Mount Maunganui
storage facility at the Port of Tauranga, spectacularly
photographed by Flickr member Paul Oellermann (Paulos75) in July of
2013. 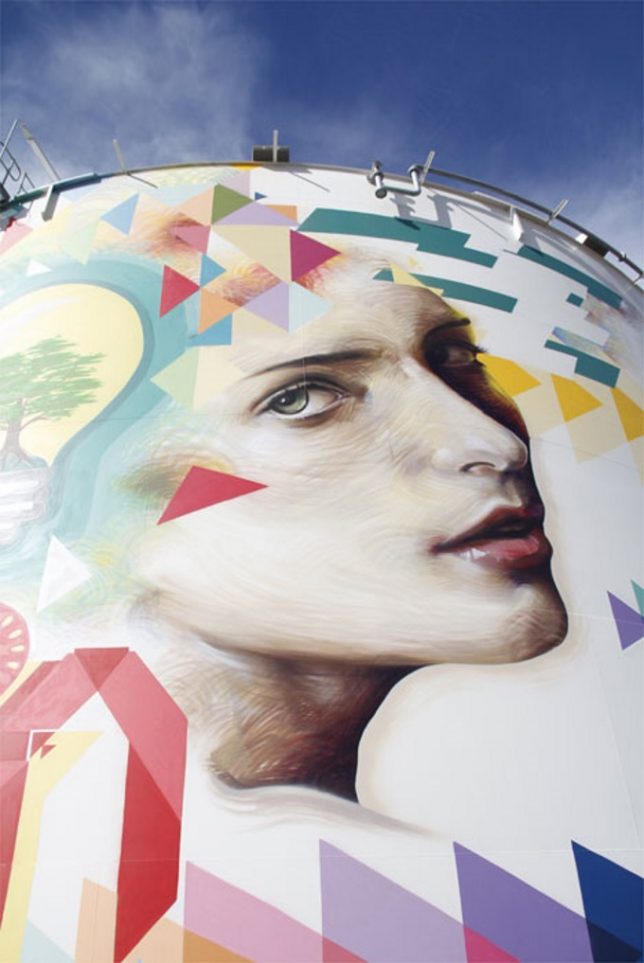 The tank was painted by Cut Collective,
an Auckland-based commercial art studio. The 15m (50ft) tall by
30m (100ft) wide mural took four days and nights to complete
and required over 200 spray cans of paint. The mural’s theme
“represents youth and the idea of energy” according to
Ross Liew of Cut Collective. 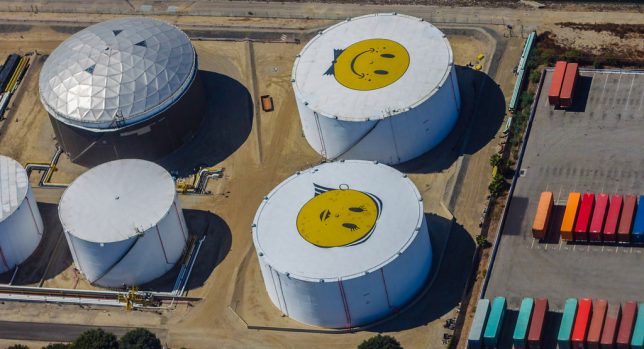 Flyover country just got a lot happier, though California isn’t
exactly in “flyover” territory unless you happen to be, er,
flying over it. The point (and we do have one) is that someone,
some when, for some reason decided it would be a good idea to
paint his & hers smiley faces atop two fuel storage tanks
at a tank farm situated between Long Beach and Torrance
airport. Another question… why is the male smiley grinning so
widely while his lady companion appears much more reserved?
Flickr member Rosanne James (rosanne_j)
snapped the pie-faced pair – from the air, obviously – in the
fall of 2011. 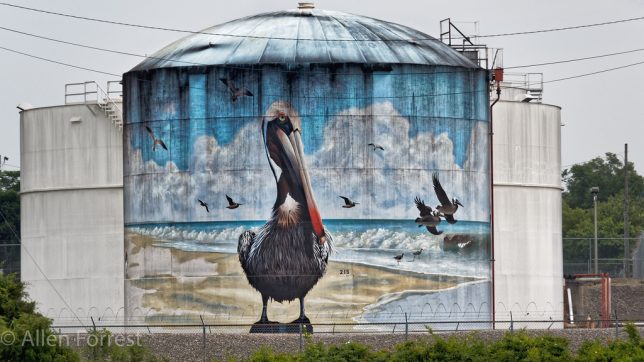 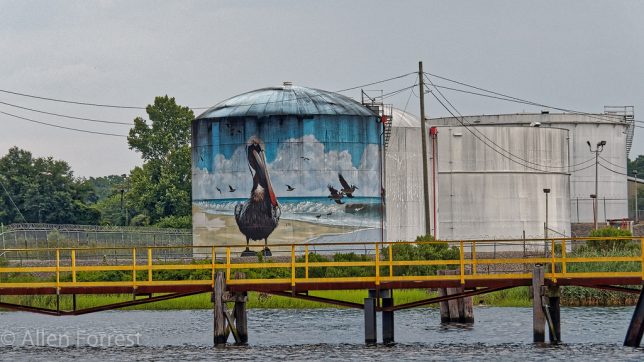 We’re not sure how visually appealing such a tour would be,
though at least the view improved once this fuel storage tank
was painted with a beachfront scene of pelicans at play.
Forrest captured the scene in June of 2016.