Whenever street artist MurOne comes to town, you know your city
is about to get a whole lot brighter. Vivid, graphic and often
surreal, his murals are an “acid mix of pop and design
elements,” as he describes them himself, and often cover the
facades of multi-story buildings for a dramatic effect. Most
recently, he wrapped up a large-scale piece in Rabat, Morocco
as part of the Jidar Street Art Festival, the colorful paint
creating a stark contrast with the city’s muted landscape. 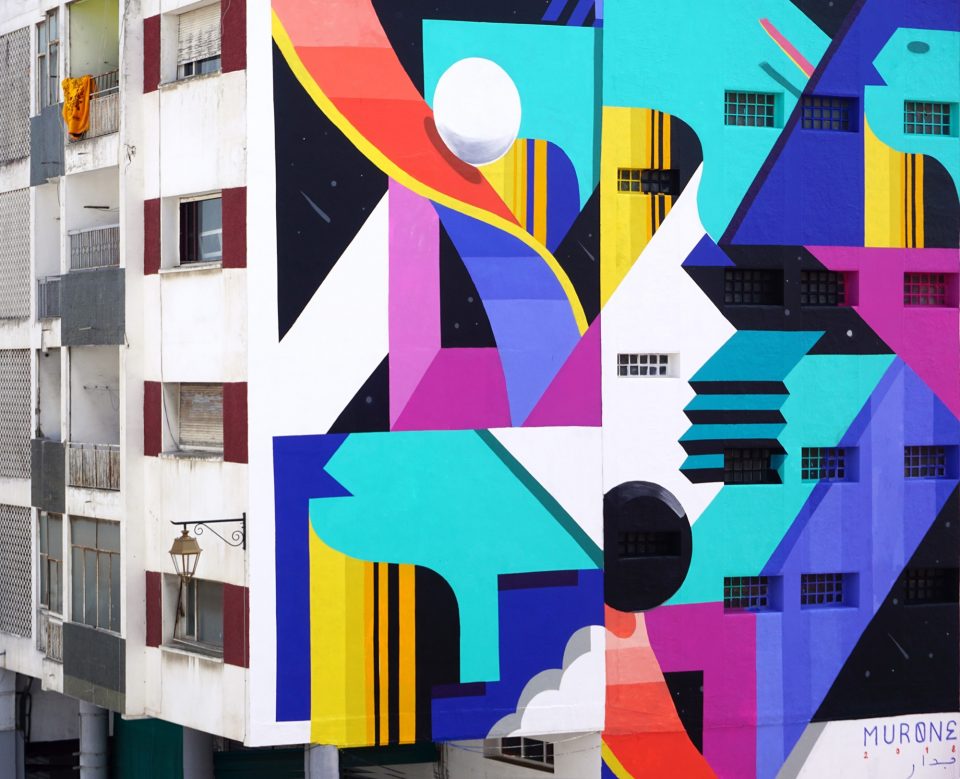 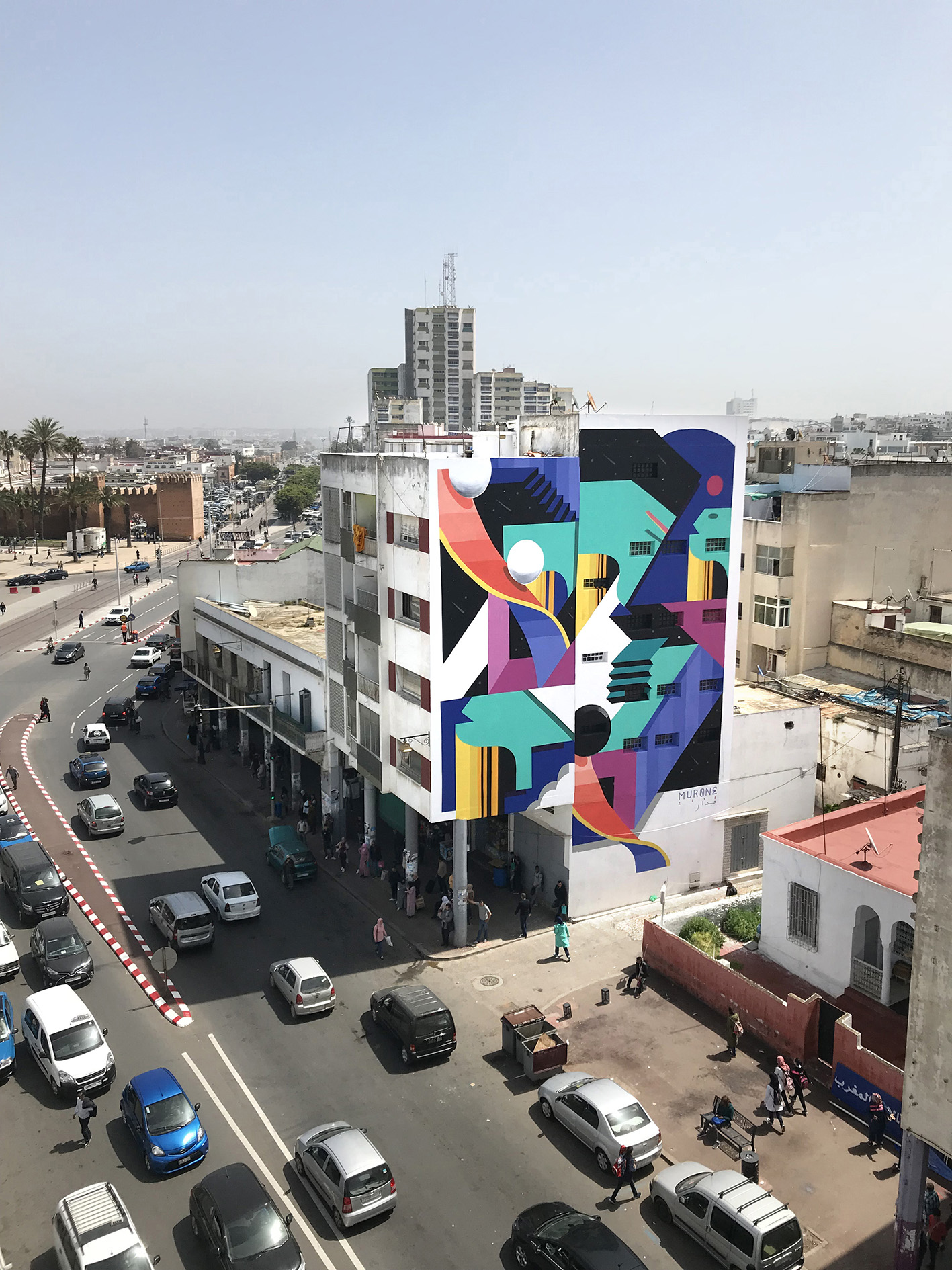 An illustrator and graphic designer, MurOne started painting
walls back in 2002, and these days he’s out in the streets with
a can of spray paint a lot more than indoors working on a
computer. It’s not hard to see why. The artist has found his
stride making a striking impact everywhere from New York City
to Berlin, taking influence from masters like Salvador Dalí,
M.C. Escher and Math Klarwein. 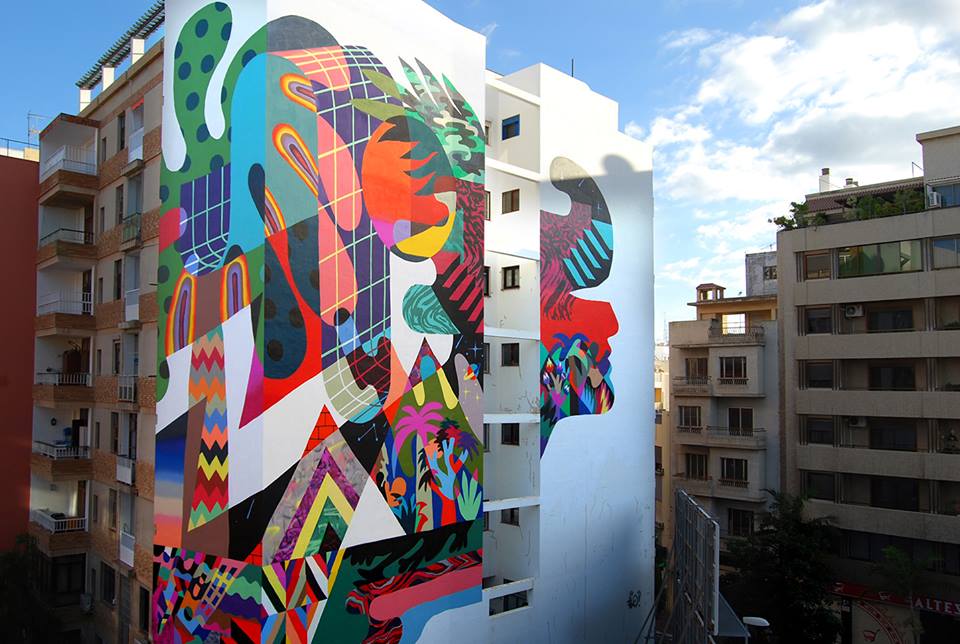 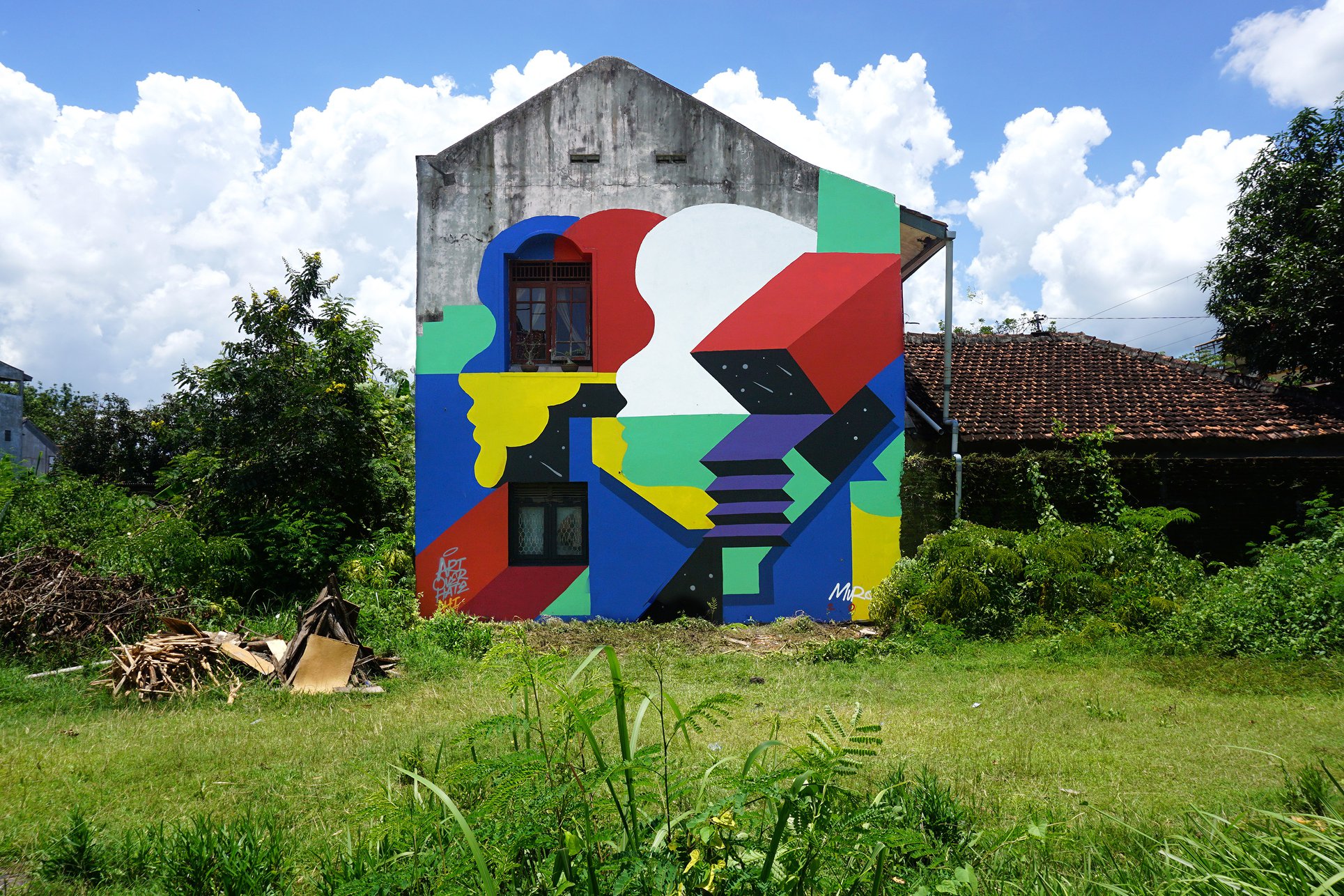 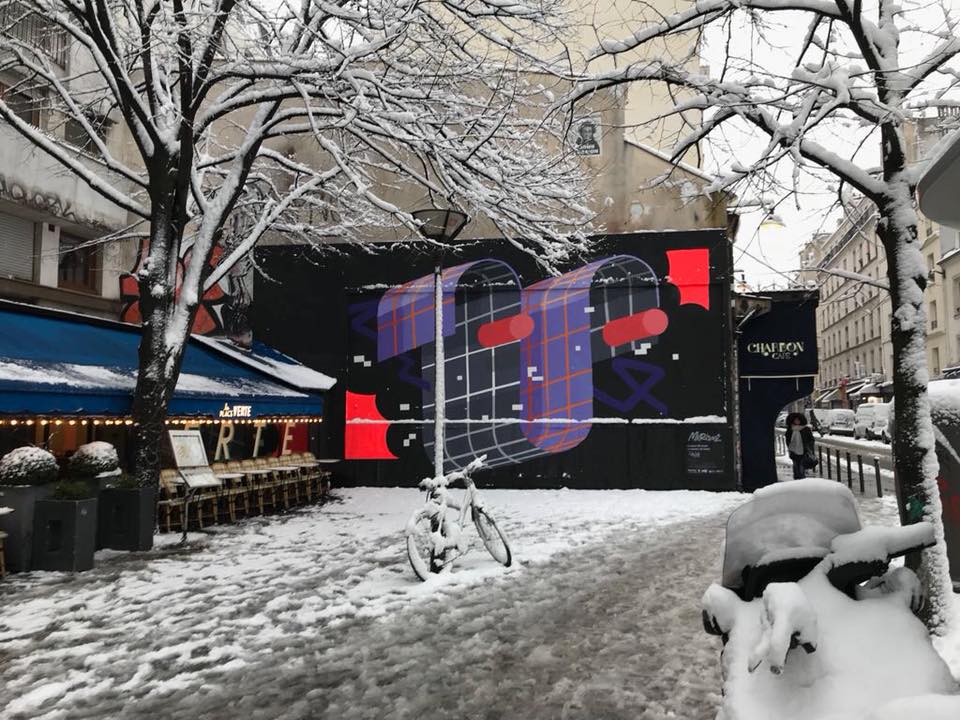 “My psychedelic
representation of the landscapes and textures that can be found
on the Canary Islands,” says MurOne of the piece pictured
below. “The sea, the volcanoes or ceramic sculptures are
appearing into the faces of the local indigenous wich are
called ‘guanches’ symbolizing the mysticism of an ancestral
culture.” 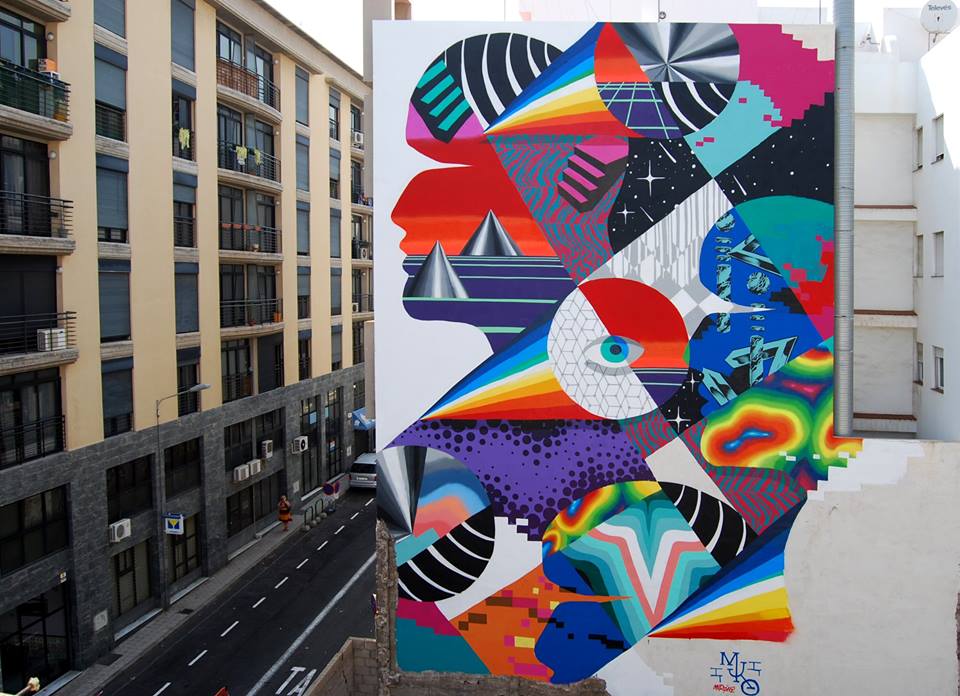 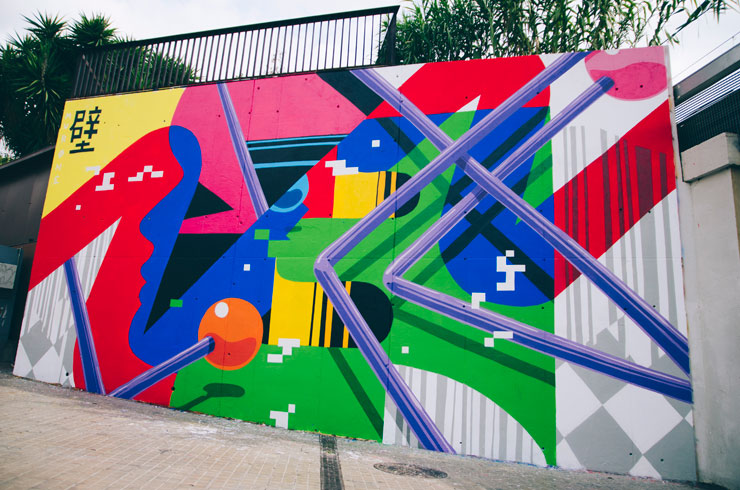 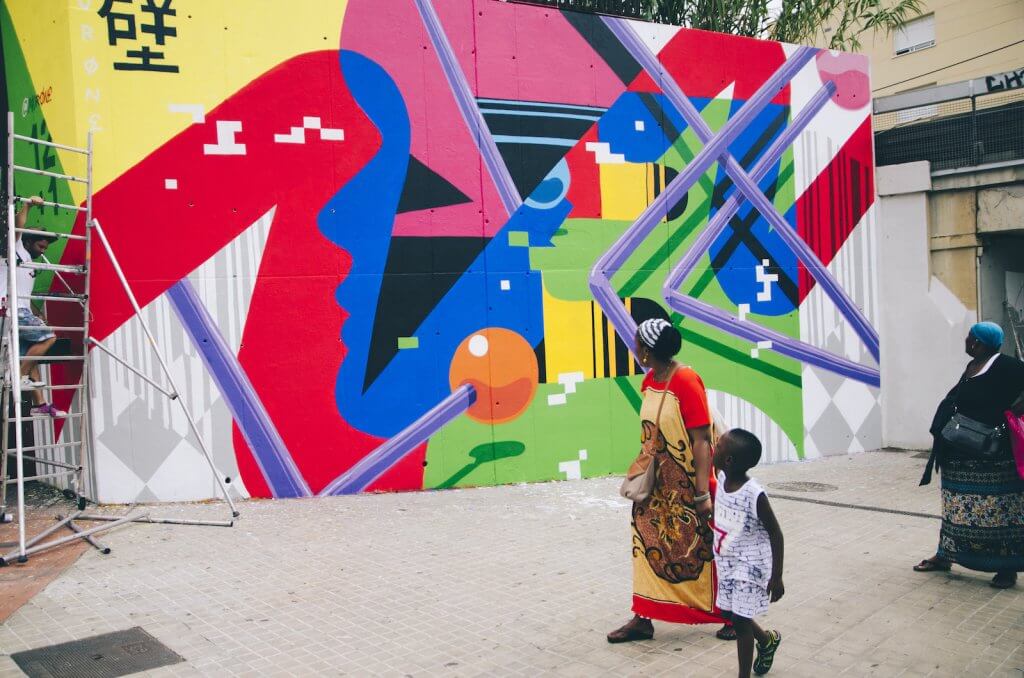 “I don’t have a job and a stable life, but painting and giving
life to places that don’t have any is very gratifying,” he told

Brooklyn Street Art while working on a wall called ‘Video
Games’ in September 2017 for the 12+1 project in Barcelona. 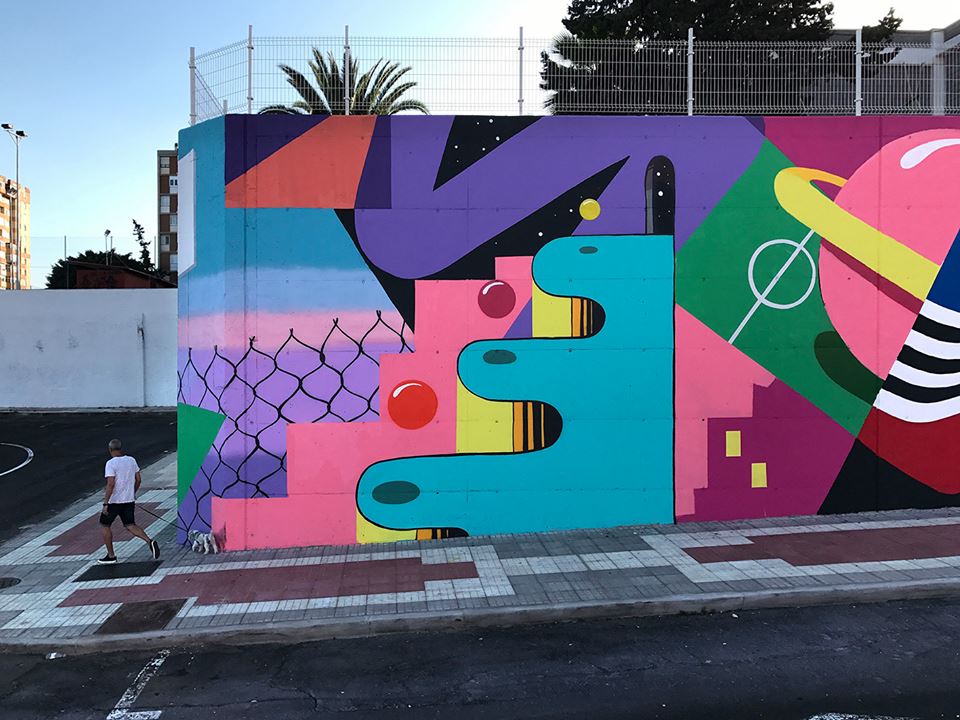 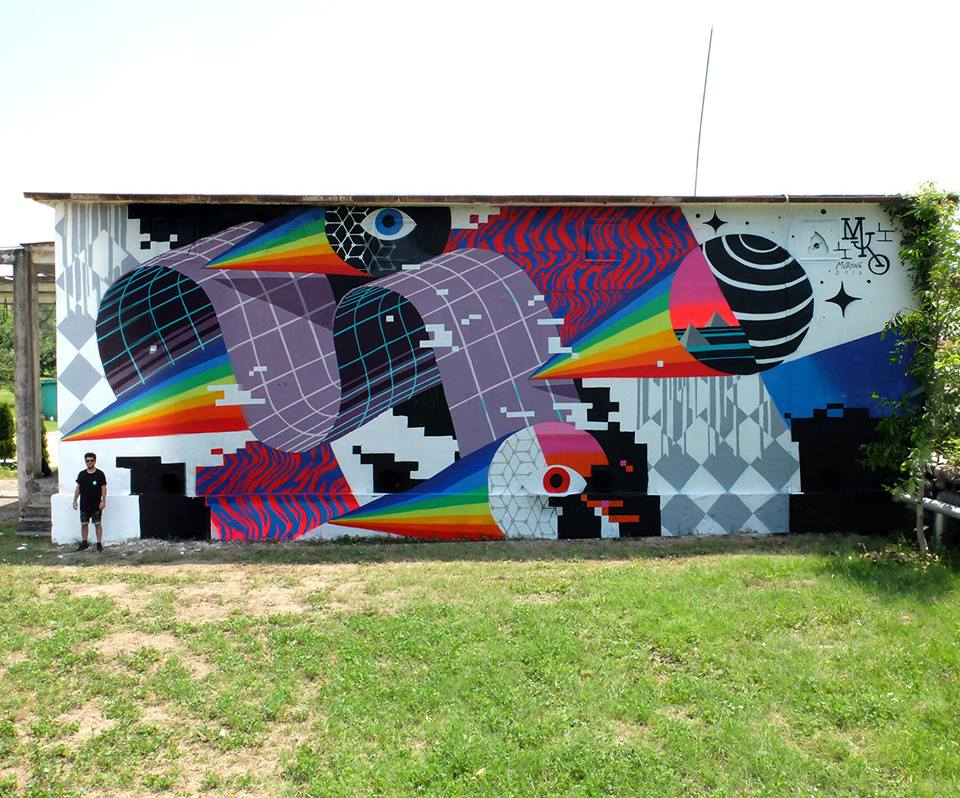