Whether you’re haunted by a fear of ghosts, gripped by night
terrors involving oversized insects, or find horror in more
realistically pressing matters like nuclear meltdowns and the
looming environmental apocalypse, there’s something to be
scared about among these extraordinarily creepy art
installations. 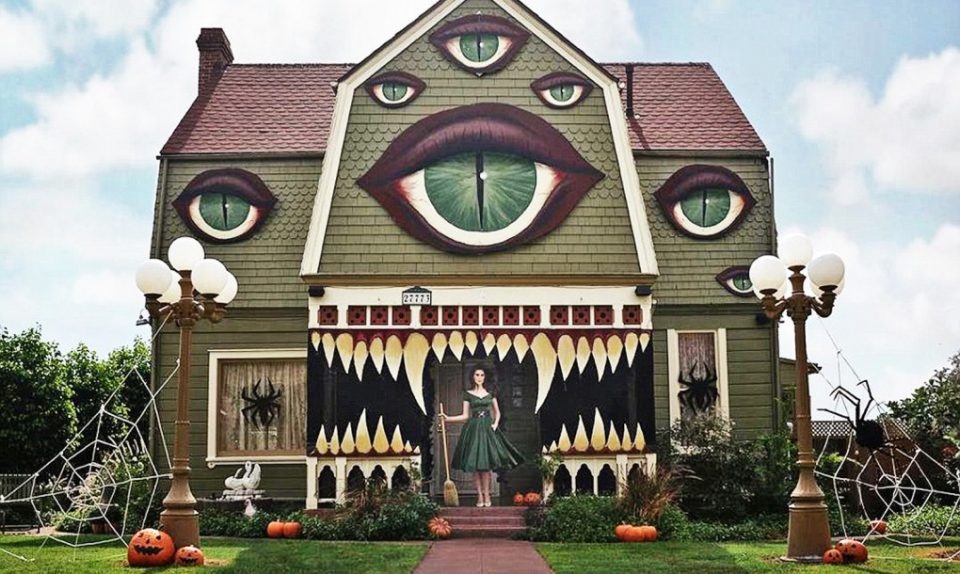 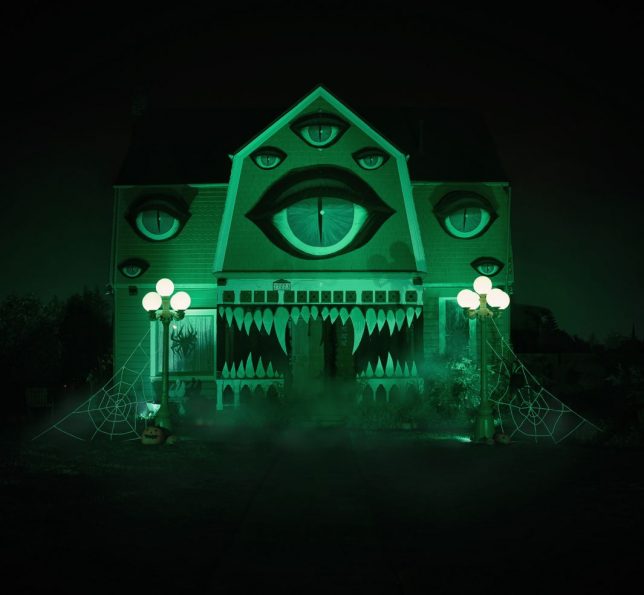 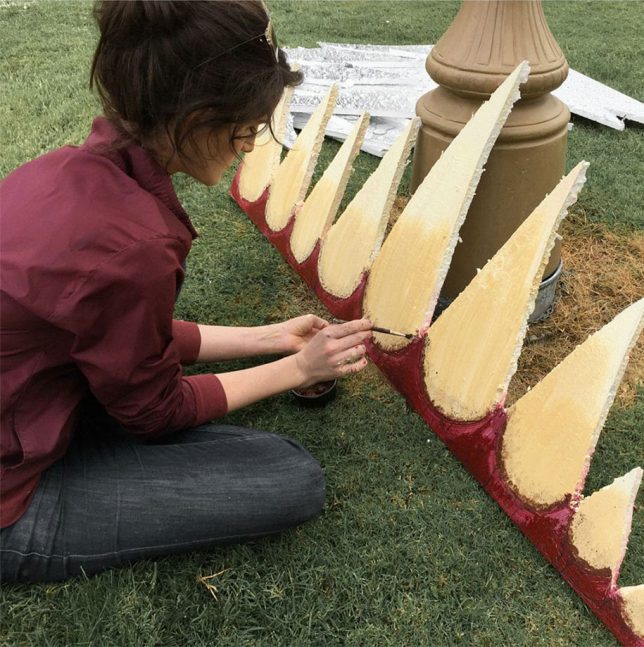 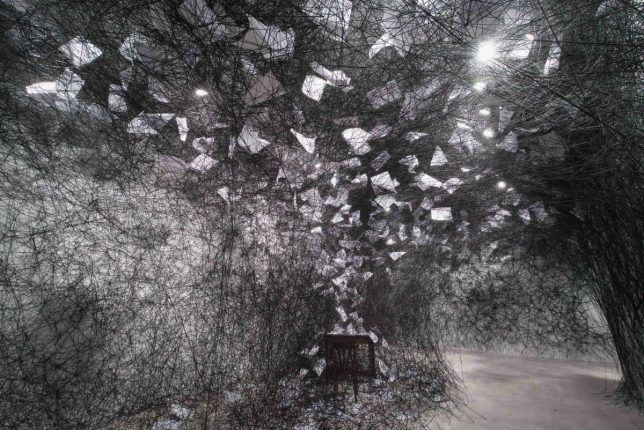 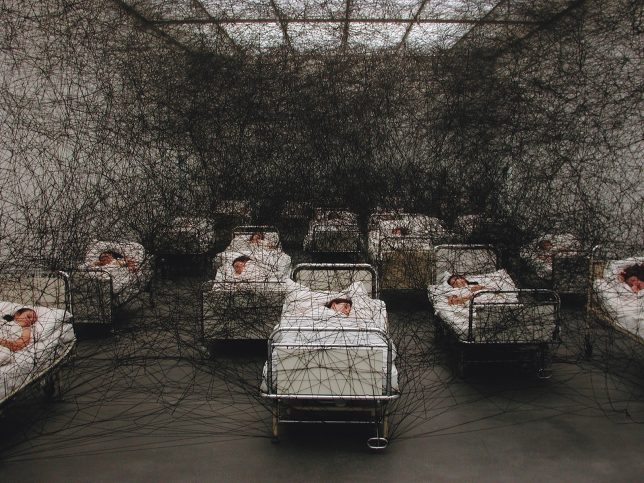 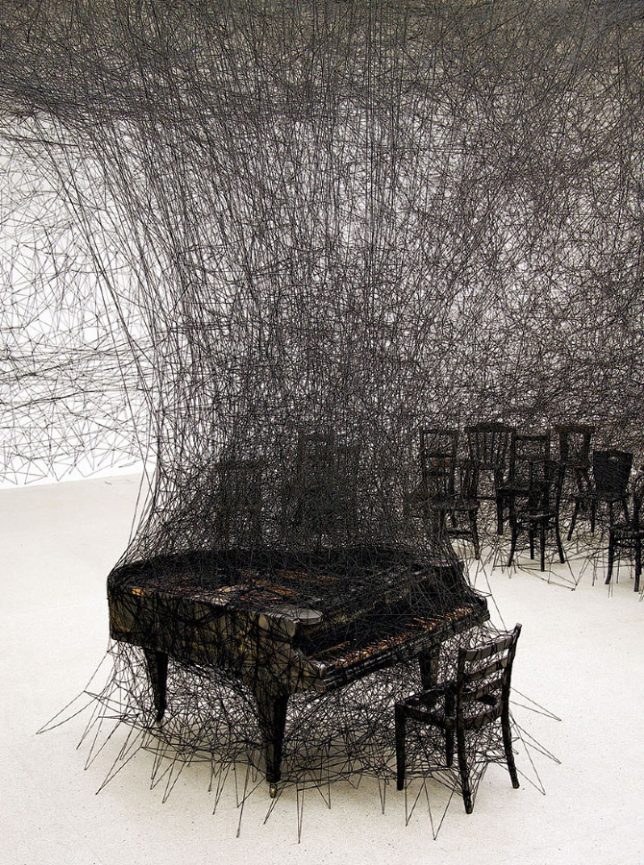 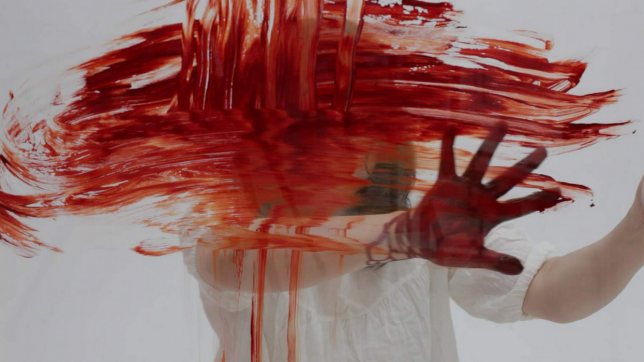 Japanese-born, Berlin-based installation artist Chiharu Shiota
stretches her web-like creations throughout gallery interiors
and other structures, almost like a spider herself. The threads
or hoses are woven into abstract networks and attached to
objects in the room, like pianos and boats. In 2013, she
completed a performance piece entitled ‘Earth and Blood’
reflecting a traumatic personal history of cancer and loss. 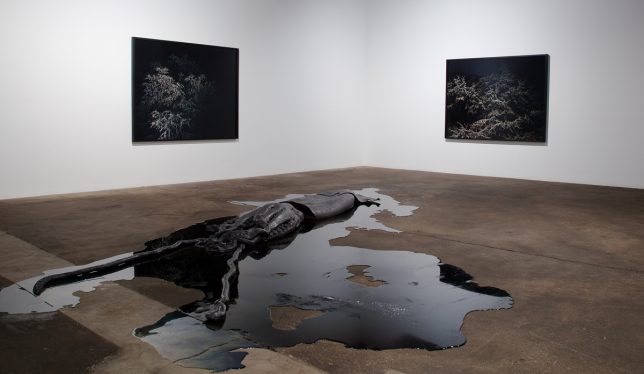 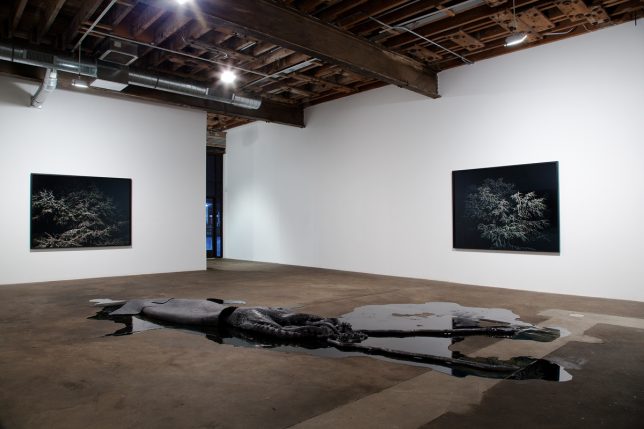 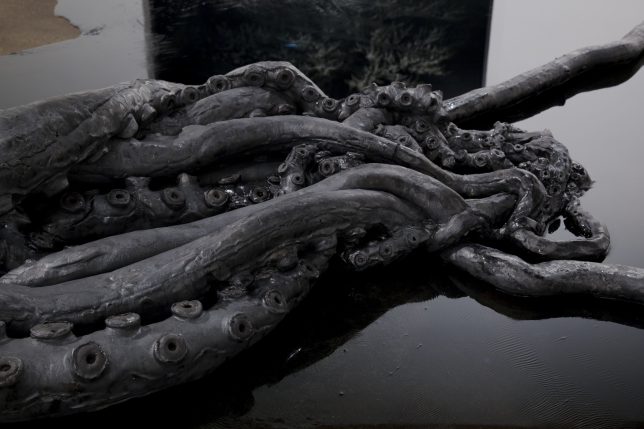 A giant squid seems to have been unearthed fro the sea and left
on a gallery floor to decompose in a puddle of putrid black
liquid. This installation by David Zink Yi,
entitled ‘Horror Vacui,’ is made of ceramic coated with copper
and lead, the liquid consisting of ink and corn syrup. 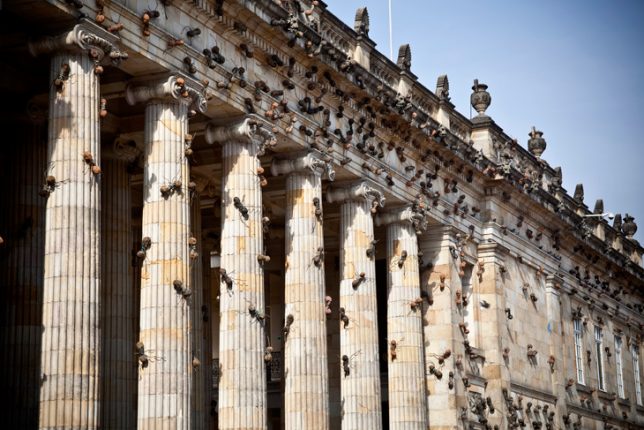 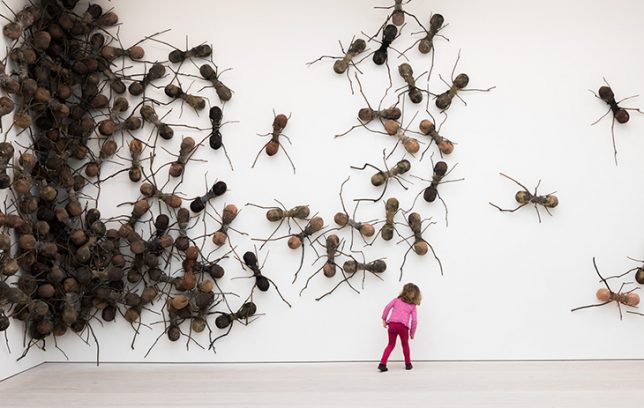 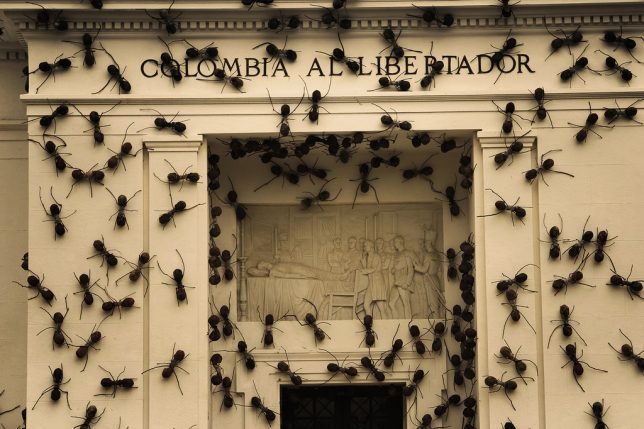 If you’re creeped out by insect swarms, you might not want to
see any of Rafael
Gómezbarros’ incredible oversized ant installations in
person. Each one measures 20 inches in length. In an interview
with
Art Media Agency, Gómezbarros explained, “Through the
portrayal of this creature which generates so many
positive processes in nature, I aim to create a reflection
upon the reality in which we live, which is repeated
throughout world history: the displacement of humanity and
the resulting immigration, especially in the current era
of globalisation.  For me, immigration is often
the result of the internal problems within a country. The
immigrant can be represented by the ant, which in turn
embodies duality: positive energy that leads it to construct
and create elsewhere is juxtaposed by the notion of
infestation.”

Ghosts in a Czech Church by Jakub Hadrava 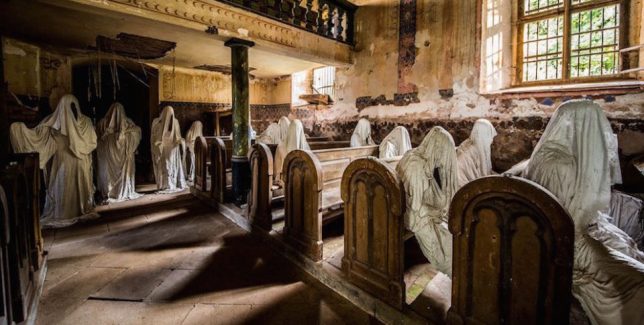 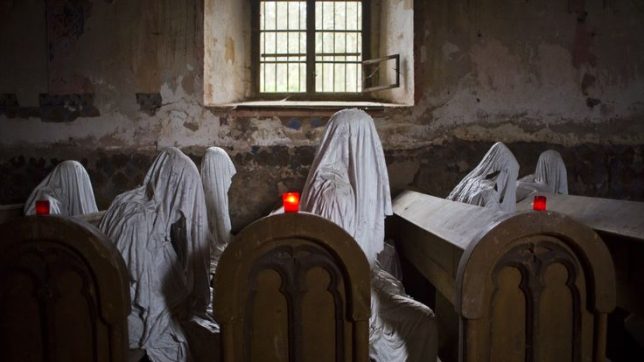 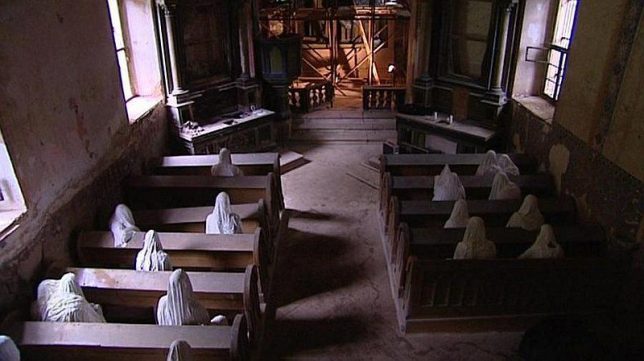 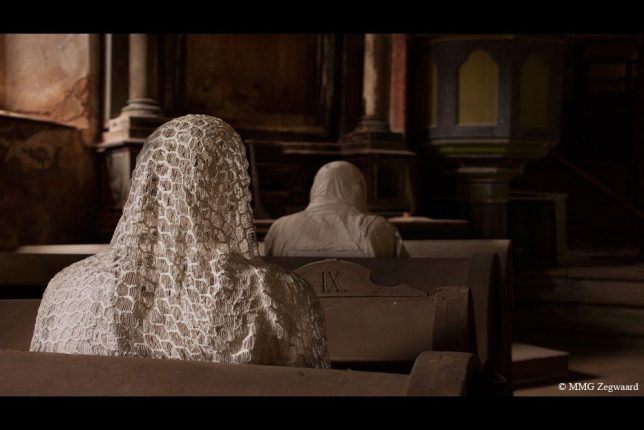 After part of the roof of St. George’s church in the Czech
village of Lukova collapsed in the middle of a funeral service
in 1968, locals believed the structure to be cursed, and left
it to rot. Whether or not any real ghosts ever haunted its
pews, it’s now filled with seriously spooky specters in the
form of sculptural installations by local artist
Jakub Hadrava.