When famous buildings are demolished, like famous Louis
Sullivan structures in Chicago, there’s a scramble to collect
all of the ornamental bits and pieces for preservation
— yet fewer people stop to notice (or try to collect) when
it comes to more functional components of these structures. 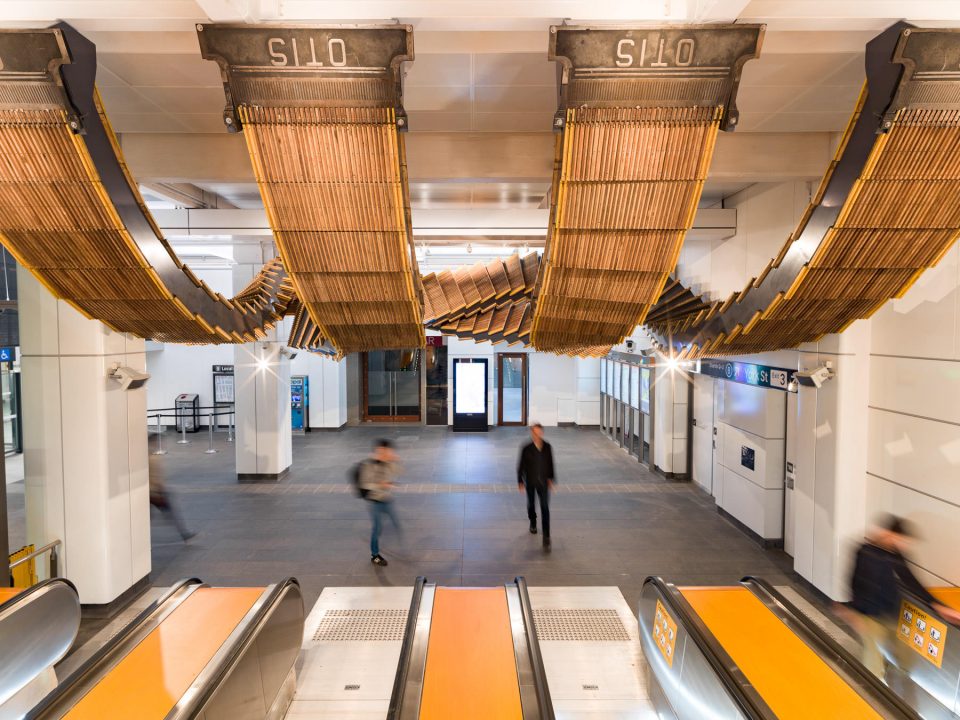 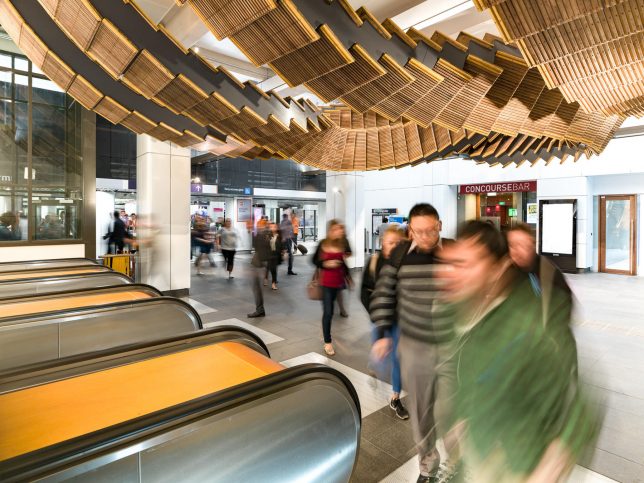 But when a set of old timber escalators were being removed from
Wynyard Station in Sydney, Australia, someone saw an
opportunity to put them on display. After 80 years of use,
artist Chris
Fox was asked to turn these 244 wooden steps into
something new. 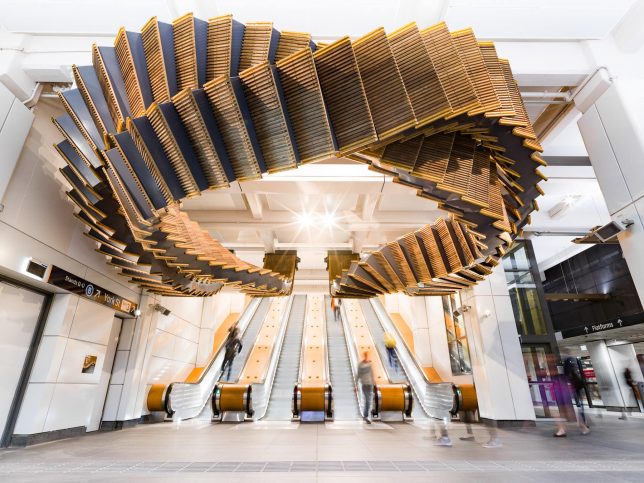 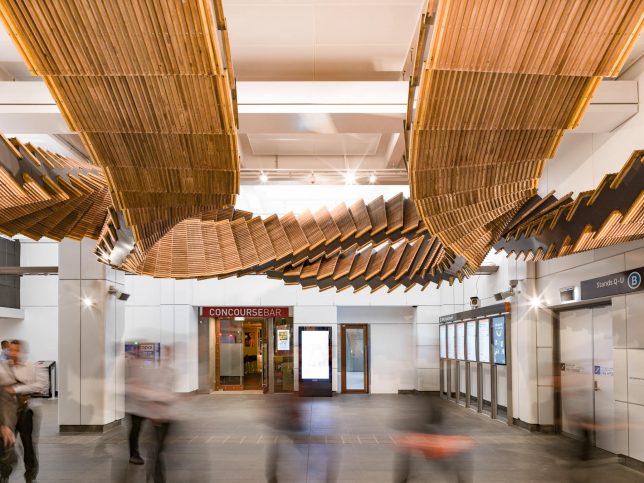 The resulting Interloop keeps the essence of their shape
and function intact, intertwining and winding upward in a
dizzying set of spirals and parallel paths. Passengers on newly
installed escalators, elevators and stairs can now appreciate
these pieces of history soaring above them. From below, the
suspended sculpture seems to intertwine then disentangle —
coming down the new escalators, the steady steps wrap into one
another. 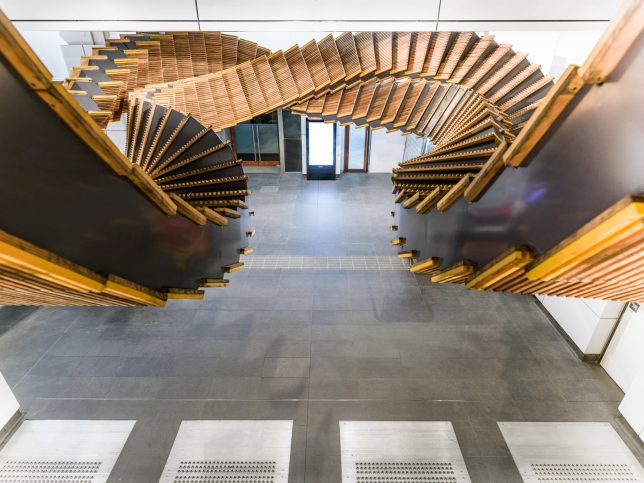 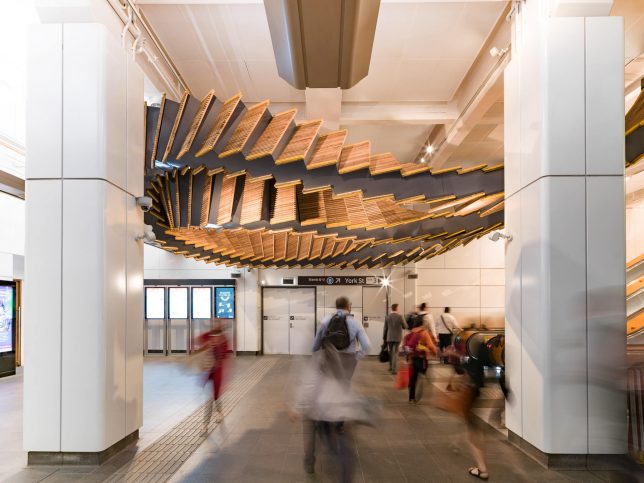 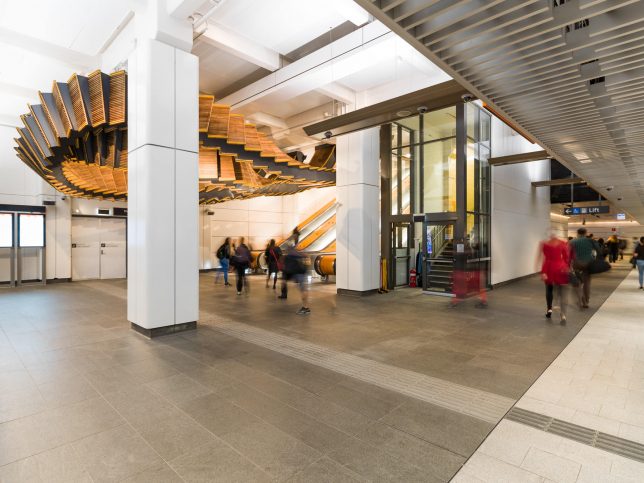 Per the artist, Interloop “hangs from [the] ceiling, hovering
above the escalators that travel underground from York Street.
The vast twisting accordion-shaped sculpture reconfigures the
heritage escalators that once stood there in a stitched form.”
The project is over 150 long and weighs five tons. Its
shape is meant to form a kind of feedback loop, “referencing
all those journeys passed and now interlooping back.”