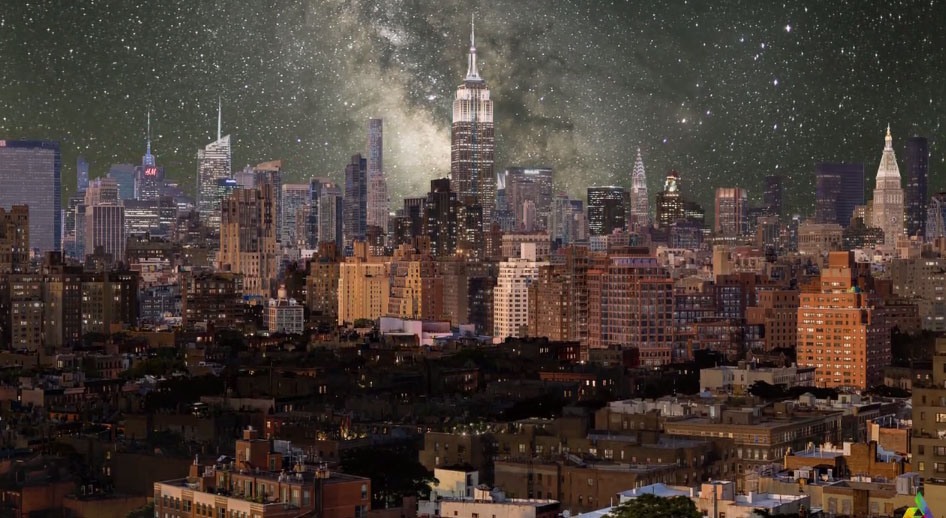 New York City never sleeps, they say, and this animation shows
just how active the city is by day and at night, combining
elements of both in one film that represents “22 Trips to New
York, 352 Hours of filming, $1,430 paid in Parking Fees, 9988
Miles Driven, and 232,000 Pictures Taken.” The result is a
breathtaking architectural animation that becomes increasingly
surreal as you watch.

“Traditional time-lapses are constrained by the idea that there
is a single universal clock,” explains creator Julian
Tryba. “In the spirit of Einstein’s relativity theory,
layer-lapses assign distinct clocks to any number of objects or
regions in a scene. Each of these clocks may start at any point
in time, and tick at any rate. The result is a visual time
dilation effect known as layer-lapse.”

The filmmaker quit his job a few years ago after the success of
his Boston Layer-Lapse film and began focusing his next project
on the Big Apple. To level things up, he began writing code to
deal with the myriad more images this new piece would involve.
“To create a layer-lapse effect, I am assigning a unique
equation to hundreds of buildings simultaneously. For each
frame, every building is calculating and deciding which time of
day to reveal. One example of a script that yields a ‘look’ are
the waves of day or night that move through some of the shots
in this film.”

“To achieve the ‘look’ I can set parameters like the speed at
which the wave moves across the screen, how rapidly each layer
will switch from day to night or vice versa, and I’ll often use
a random sinusoidal function to create a subtle oscillation
inside the wave itself. Now I’ve probably lost half my audience
but for those of you still reading, the final step is linking
an action or a script to a piece of the music.” In the
end, the work is a combination of mathematical and manual
animation.