Circling drones cast soft light on landscapes below (and create
UFO-style patterns in the skies over) gorgeous natural settings
in this series of surreal nature images by
photographer Reuben Wu. 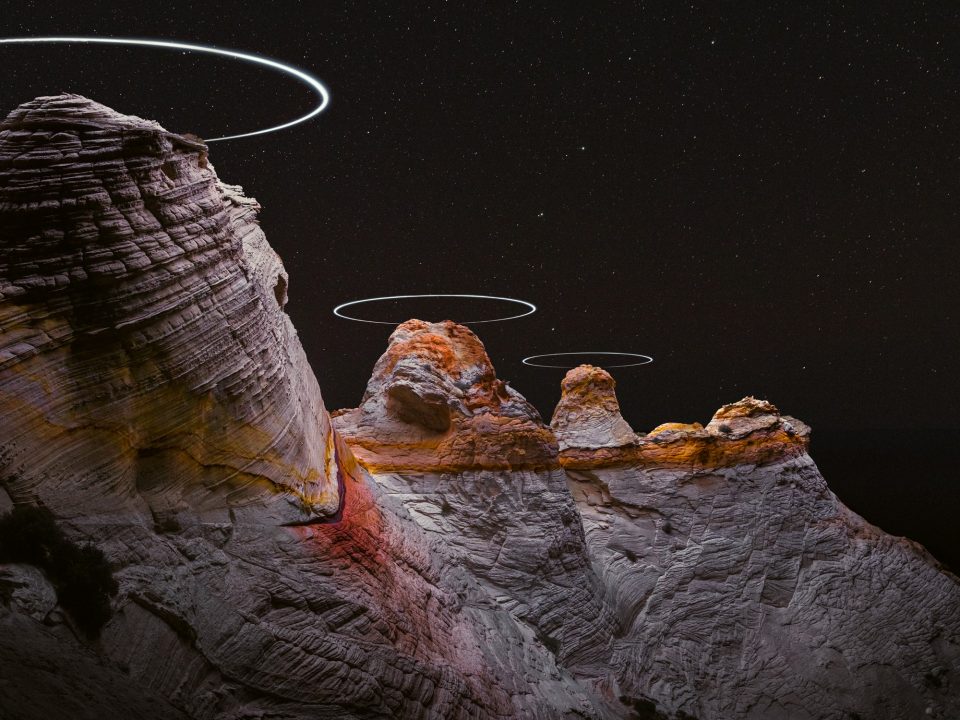 Dubbed LUX NOCTIS II, this series follows up on a previous
set of ground-illuminated works created in a similar vein.
But in this case, the use of drone technology adds a fresh
dimension to the sequel imagery, both in terms of the quality
and source of light as well as the figures created by the
aerial micro-vehicles giving it off. 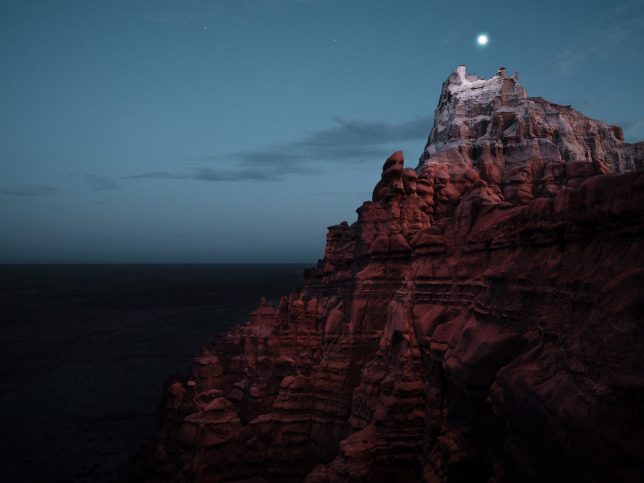 The photographer has traveled around the world to capture
sandstone mountains, bubbling volcanoes, gorgeous lakes and
rivers, often employing (natural or artificial) light to set
the scene. 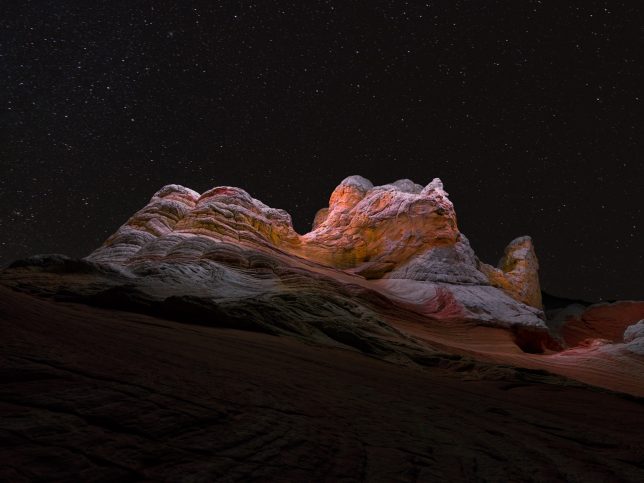 “Each image is a carefully planned scene consisting of multiple
lighting positions,” he explains, “layered to produce a
theatrically lit composition. Using the GPS-enabled aerial
light/drone in specific positions in space, I am able to create
moods of drama and tension through chiaroscuro, and the ability
to illuminate isolated features of a scene and exclude unwanted
elements.” 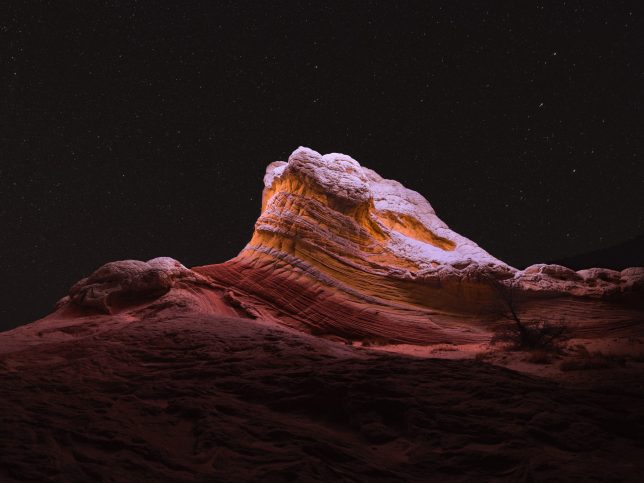 “It’s so easy to become numb to conventional depictions of
beautiful nature. In casting a new, unfamiliar light, I want
people to see that while other planets are fascinating and
incredible to us through the eyes of spacecraft and rovers, it
is our own planet which has so much grandeur and beauty which
is both accessible to us and worthy of preservation and
protection.” 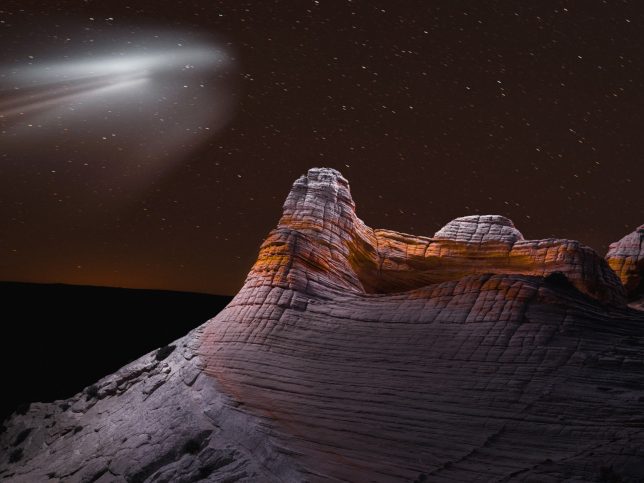 Light other time-lapse light art, his works trace patterns that
are only fully visible once a photograph is taken, which in
turn highlights the exposure time in play within each piece
(sometimes also visible through star patterns in the
backgrounds). 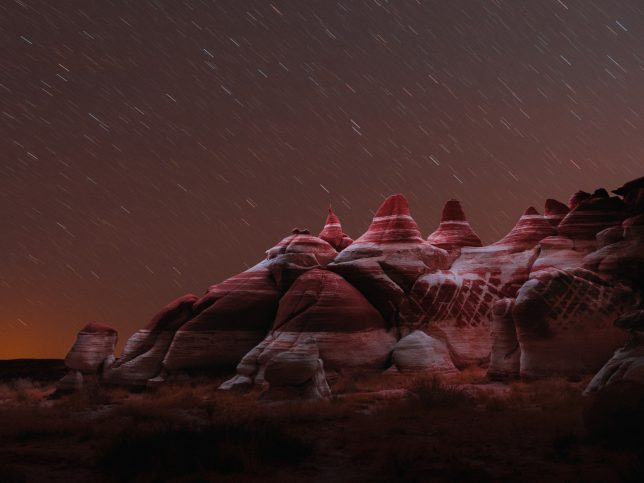 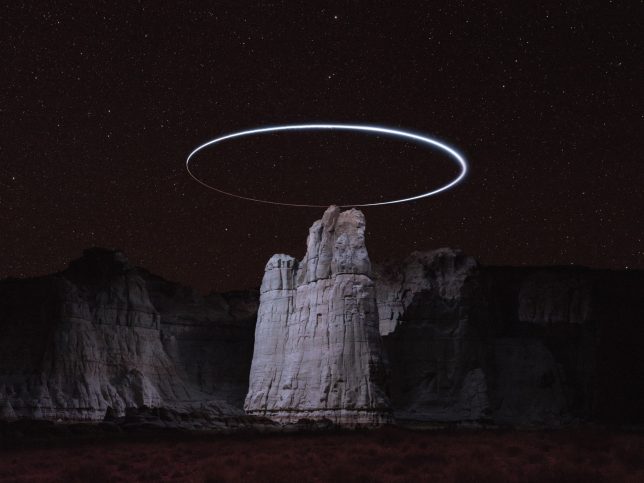 More about his project and its creator: “Reuben Wu is an artist
with a profound interest in the ways that advancing technology
can foster new forms of creative expression. Using a Fiilex
AL250 in tandem with the 3DR Solo drone and Phase One XF camera
system, Reuben has developed a method for selectively
‘painting’ nocturnal landscapes with light via multiple
exposures.”