Some centuries-old works of art are so imprinted upon the
collective consciousness, our brains recognize them even when
they’re blurred, disguised, abstracted or otherwise remixed.
You could break them down into their simplest elements and
somehow, you’d still be able to identify them as the Mona Lisa,
Michelangelo’s statue of David, American Gothic or Nighthawks
at the Diner. After previously
breaking down images of iconic celebrities and pop culture
figures, artist Adam Lister has turned
his attention to ‘Art History 101.’ 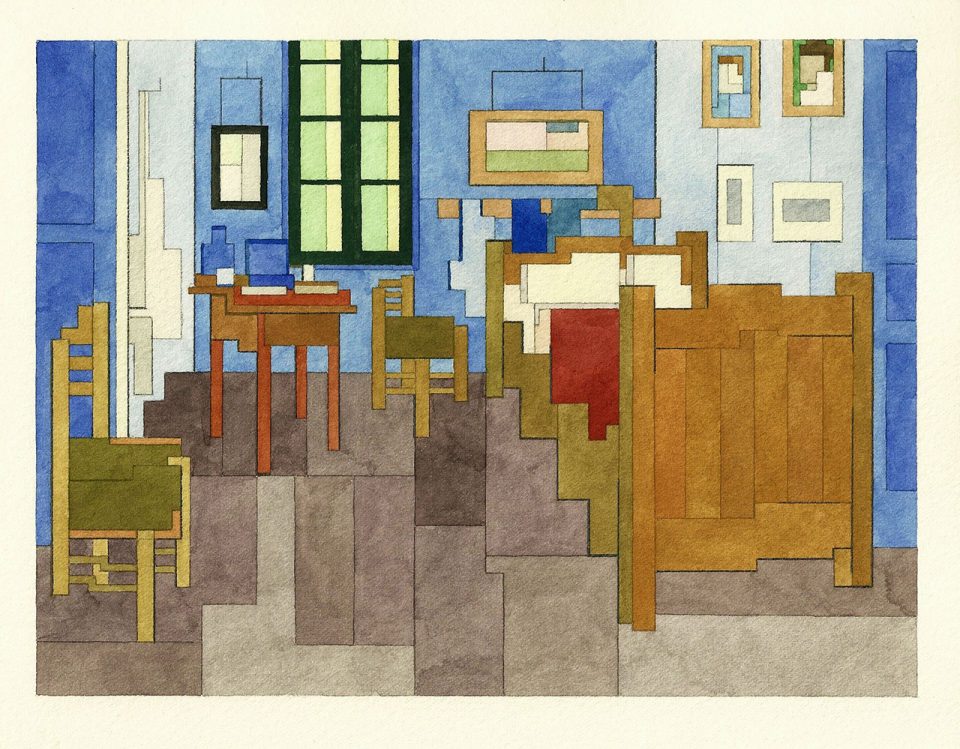 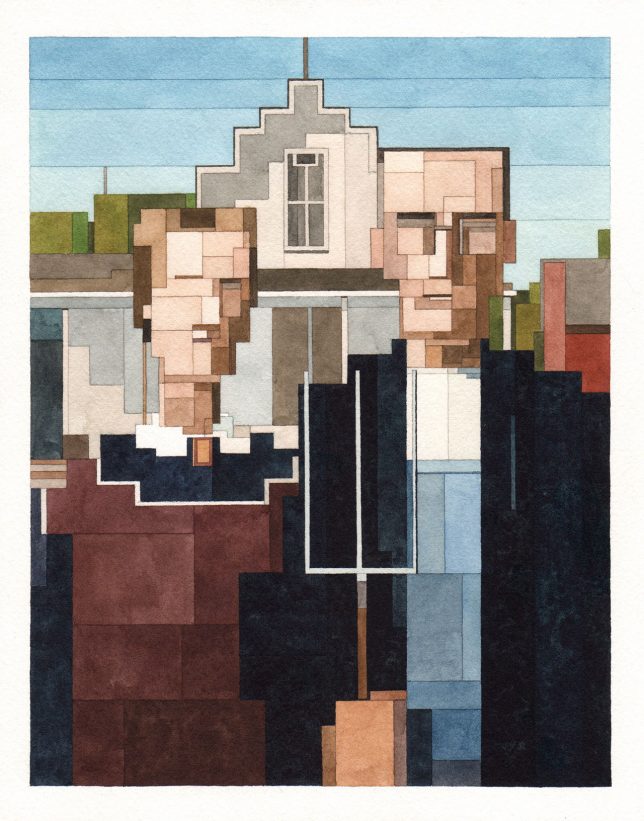 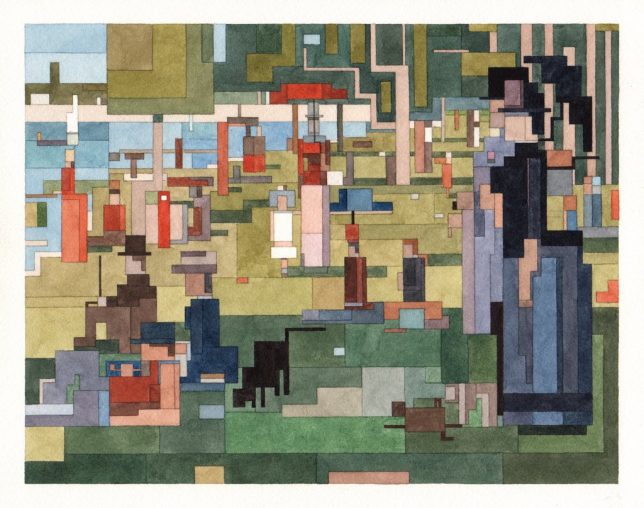 He works in watercolor on cold press paper, and each piece is
smaller than it looks, typically measuring no more than 8 by 10
inches. These representations of highly recognizable subjects
aren’t simply pixelated in the way a computer would render the
image; their shapes and most important visual elements are
interpreted in a more thoughtful and intentional way to create
a result that’s not simply a copy, but a work of art in its own
right. 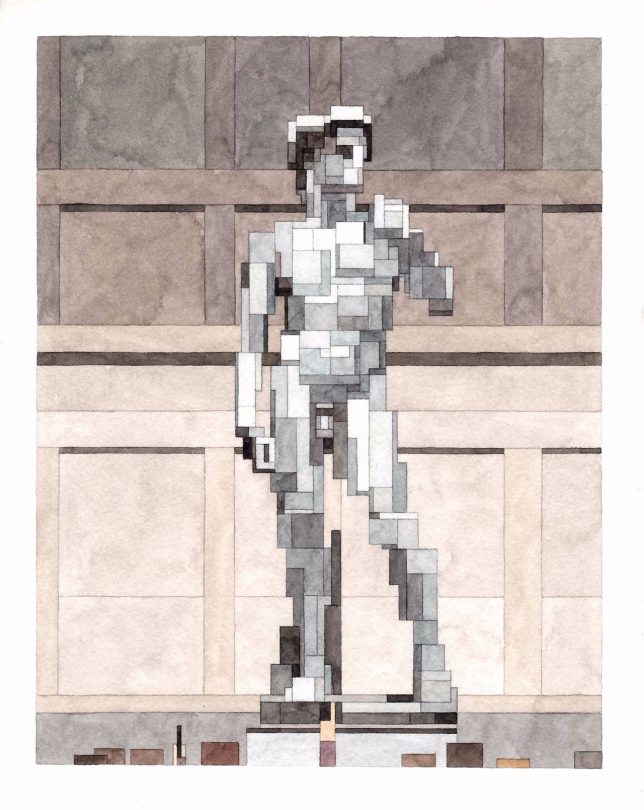 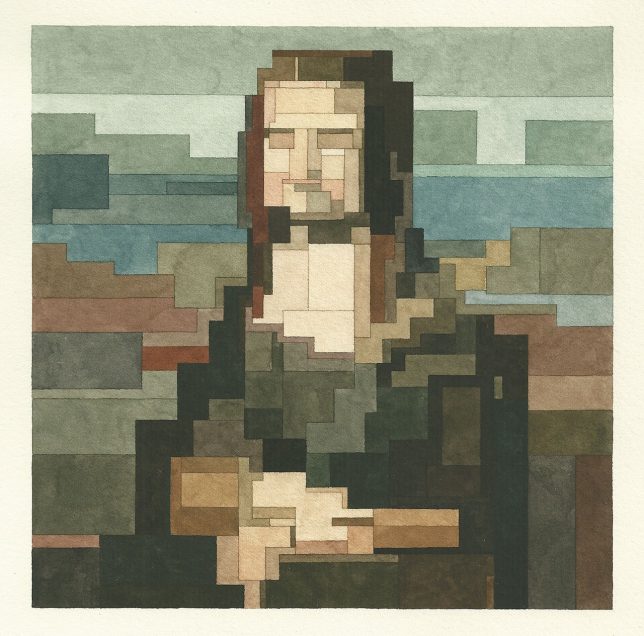 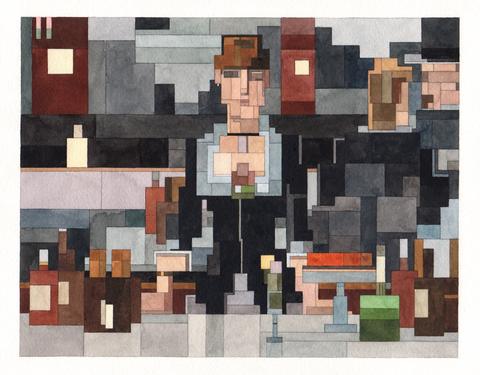 “My process deals with taking the memory of an image, and
highlighting its complexity and simplicity at the same time,”
says Lister in his artist statement. “These paintings are
influenced by geometric thinking and a desire to capture the
briefness of a mental picture.” 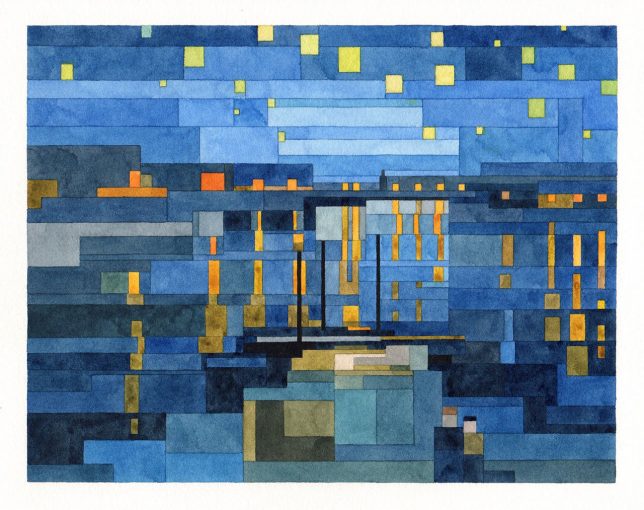 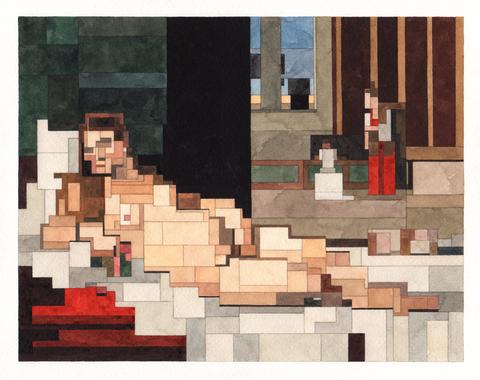 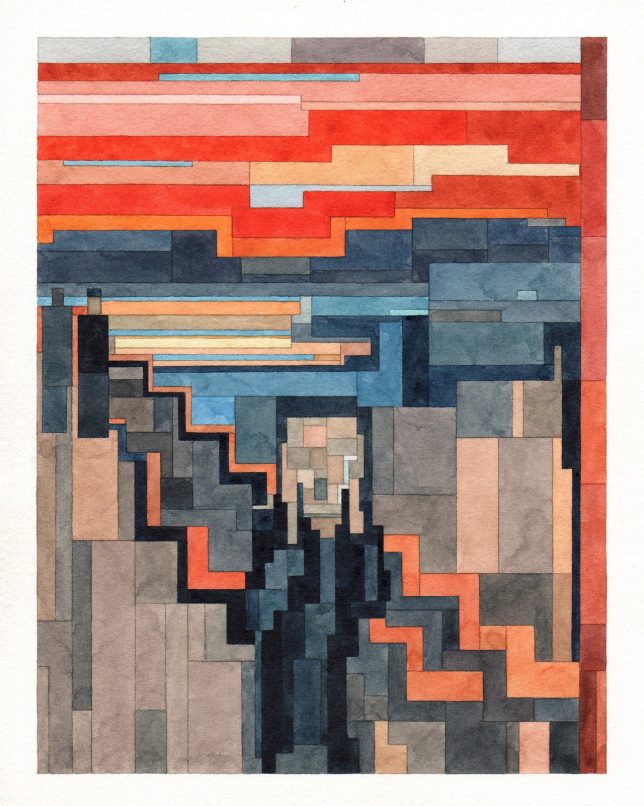 The paint takes to the paper in a way that almost suggests a
texture of velvet or felt, the lines and edges crisp, the
colors no less effective for having been simplified and
separated into rectilinear shapes. Can you name all of the
works pictured here without double-checking your guesses
at Lister’s
website?