The Barbican’s Mangasia: Wonderlands of Asian Comics
is the largest ever exhibition of original artworks from Asian
comics – and the first to present an overview of Asian comic
history. Curated by Paul Gravett, the show highlights key
creators, characters, magazines, graphic novels and multimedia,
as well as the creative processes that underlie their
production.

The graphic system that Marina Willer devised for the
exhibition is inspired by the dynamic storytelling devices
associated with Manga comics: the iconic storyboards, composed
of panels that vary radically in angle, size and scale; and
cinematic framing, achieved through a rapid alternation between
long shots and close-ups, montages and scene changes.

These devices heighten the illusion of moving images, guiding
the reader across the terrain of the comic’s visuals and text.
Willer’s graphics provide the exhibition’s different sections
with distinguishable identities – bringing to life the theme of
each, as well as guiding visitors through the space.

The Barbican also commissioned Jody Hudson-Powell and Luke
Powell to create a special motion-controlled digital
installation, in collaboration with venerated Mecha designer
Kawamori Shoji. Imagining a not-so-distant future in which
supersized robots are used for the construction of cities, the
team created a building-sized robot named ‘Mechasobi’, Japanese
for robot play.

Friendly and non-threatening at first glance, Mechasobi becomes
chaotic and potentially lethal once control is turned over to
the exhibition’s visitors. A special Pentagram feature, The
Making of Mechasobi, is coming soon.

All images courtesy of Pentagram 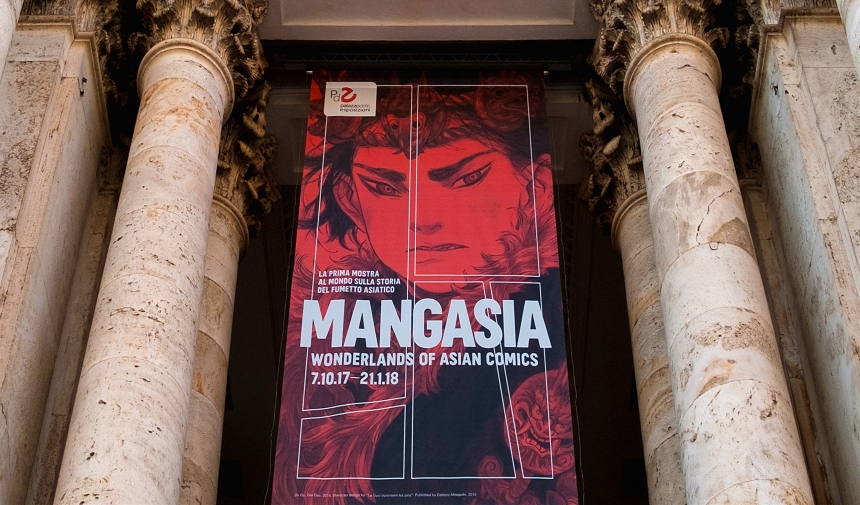 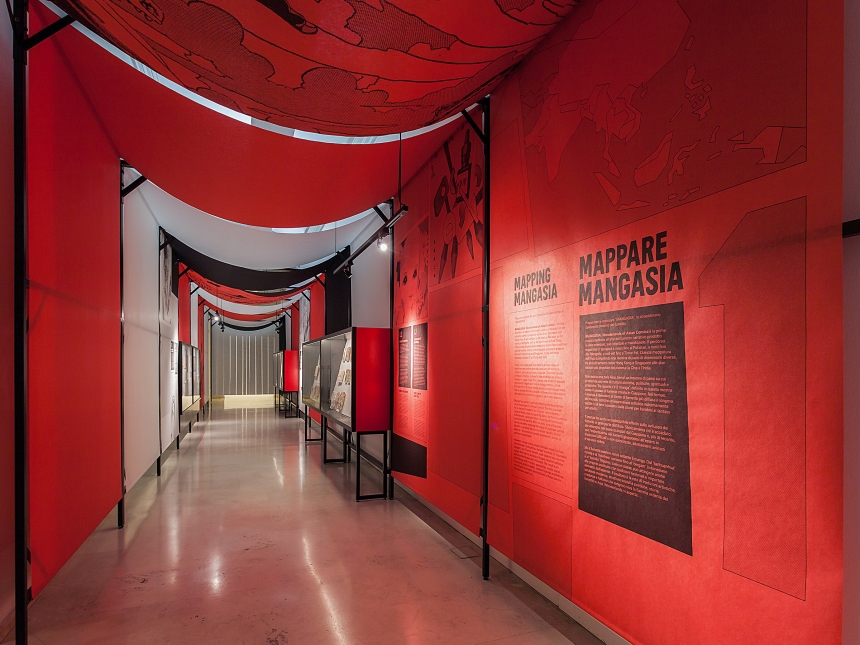 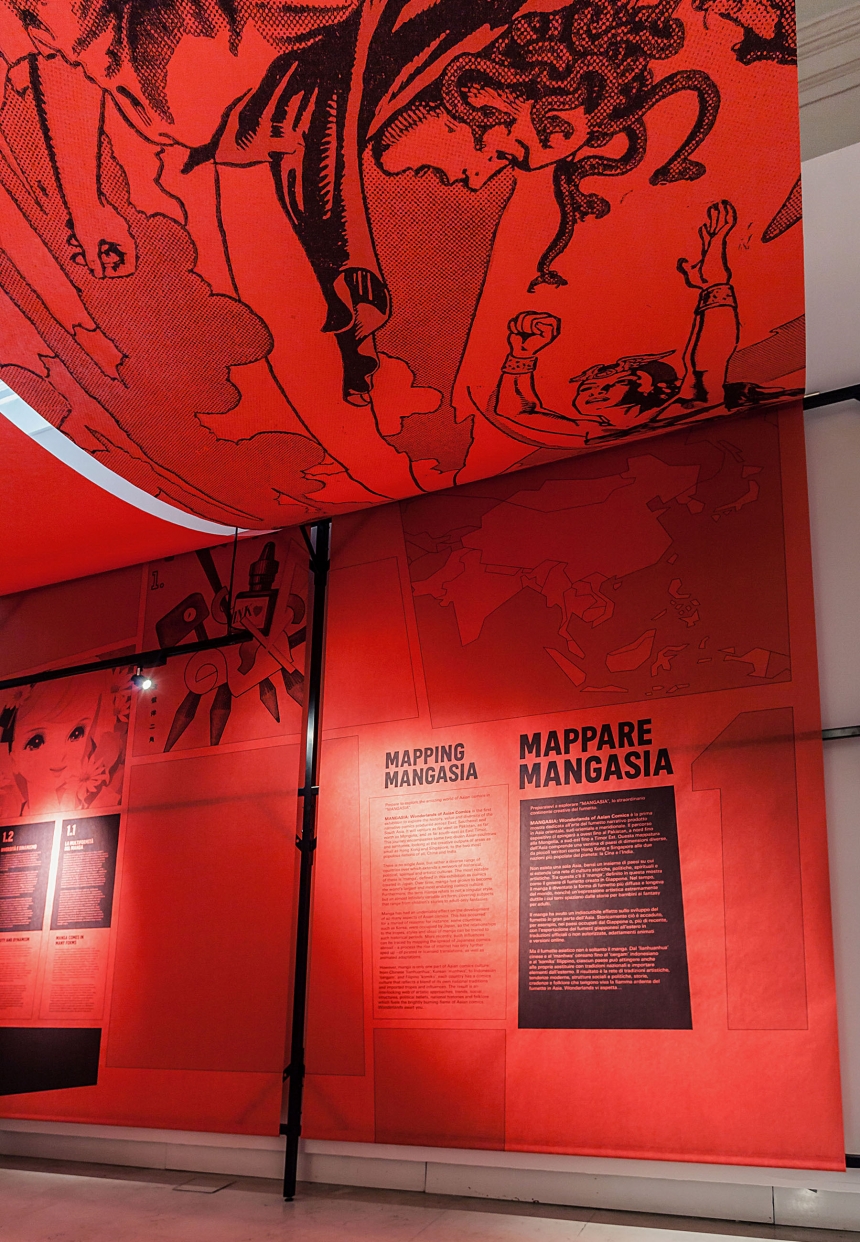 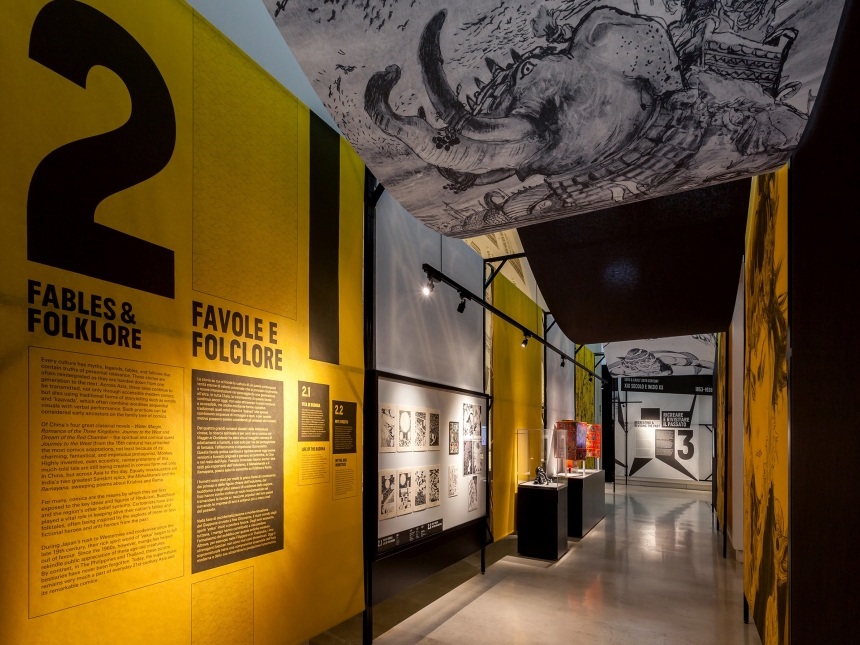 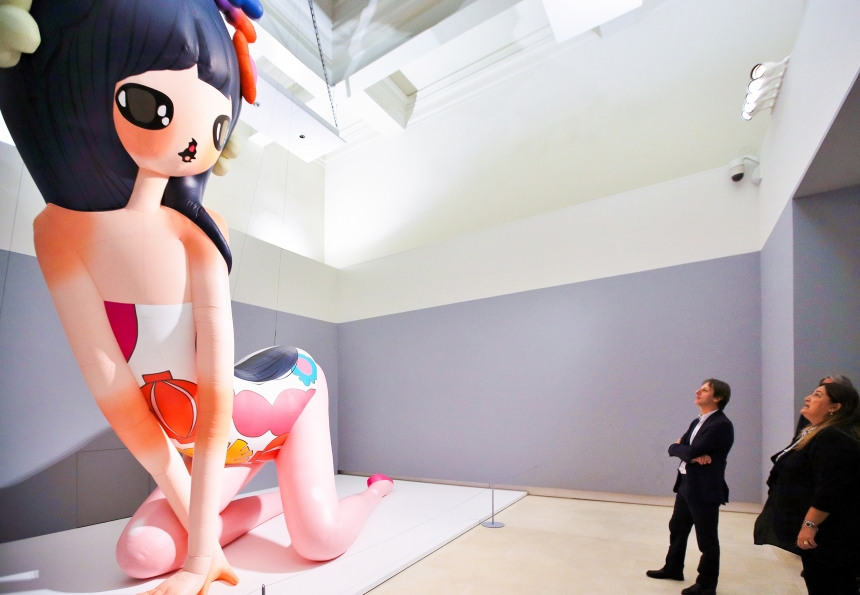 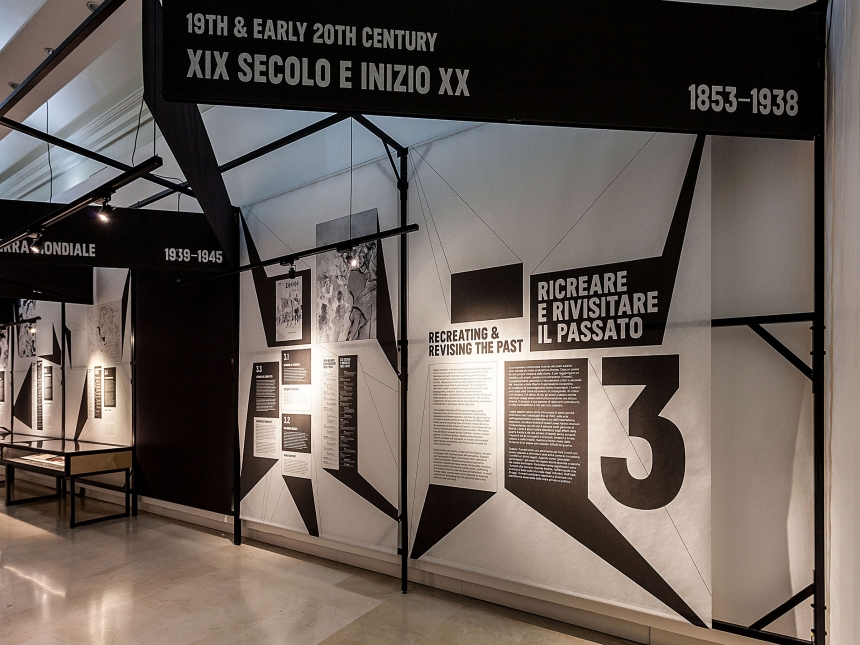 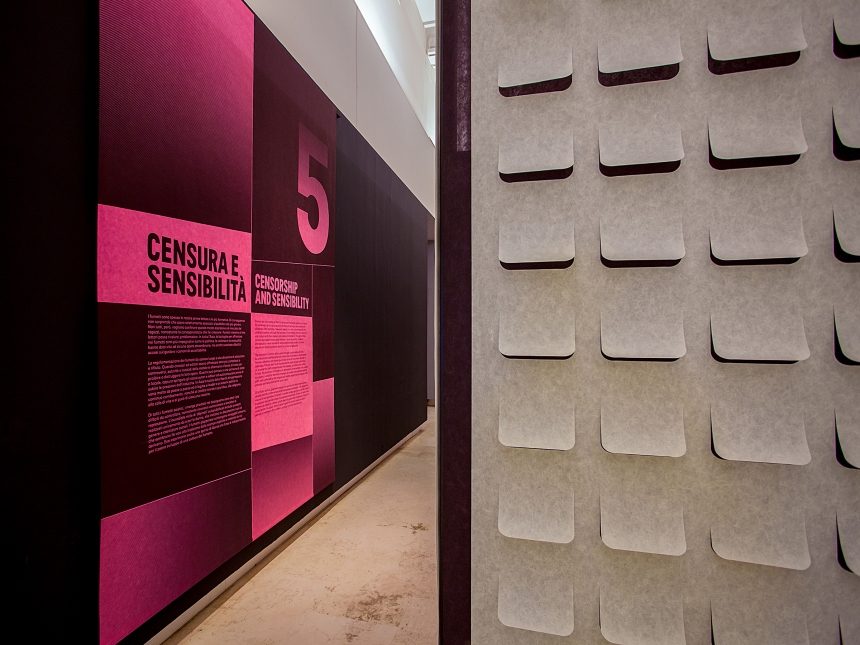 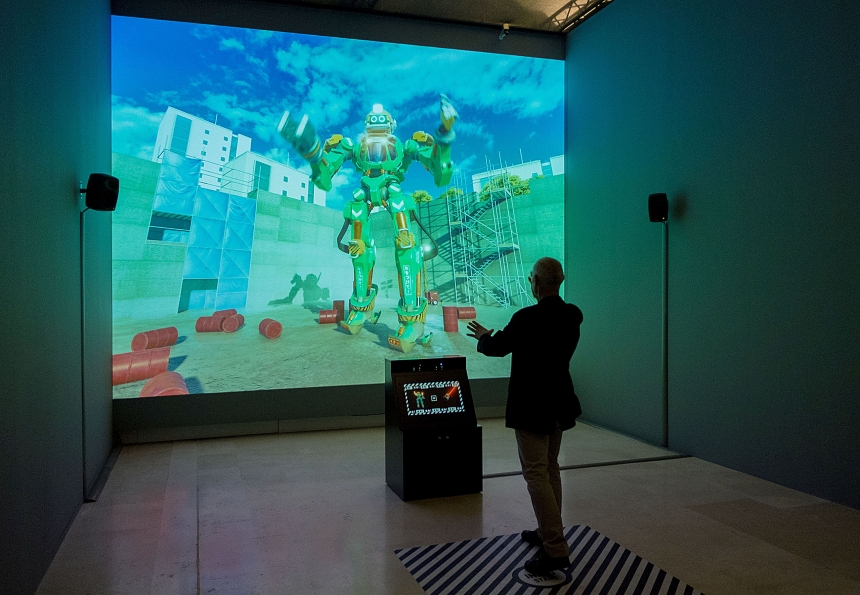 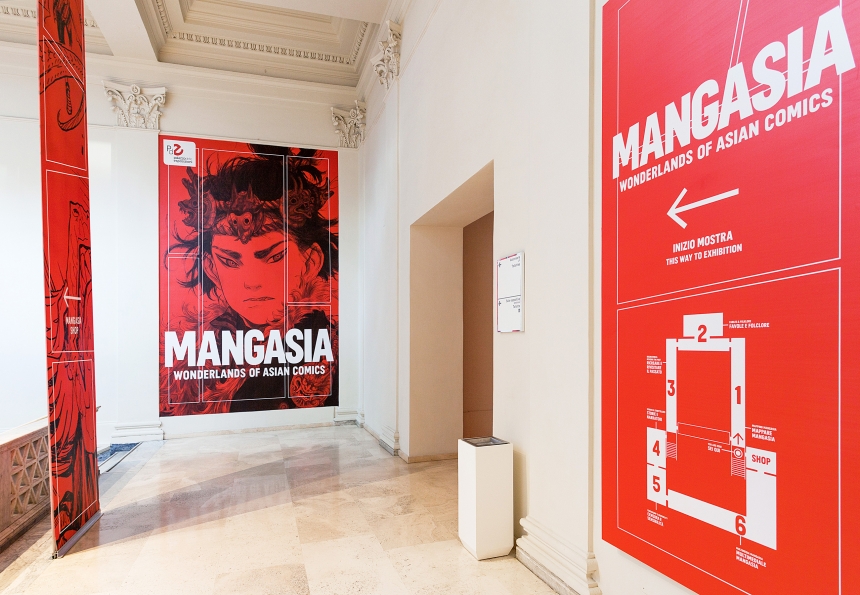