Santa Claus is coming to town… consider yourself warned! These
creepy Santa
statues hail not from the North Pole but somewhere much,
MUCH further south. 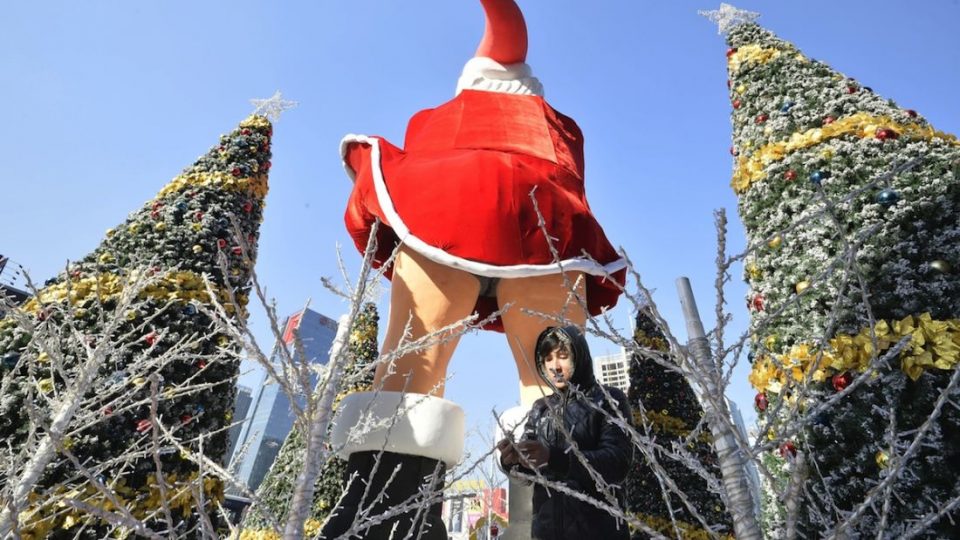 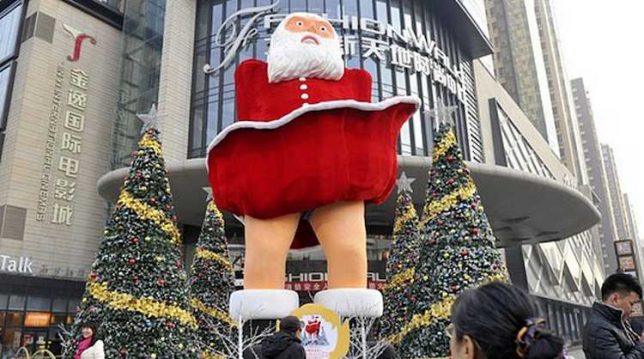 Talk about Lost in Translation… this huge inflatable
statue erected outside a shopping mall in Taiyuan, China,
is a bizarre mashup of Old Saint Nick, Marilyn Monroe from The
Seven Year Itch, and Eartha Kitt singing Santa Baby. Why
would you do that, China? Even worse, this weird
interpretation of Santa Claus seems to be the norm over in the
Middle Kingdom – we showcased a similar bizarre blow-up
blown-up-skirted Santa from Dongguan in our 2016 look at
creepy Santa statues. 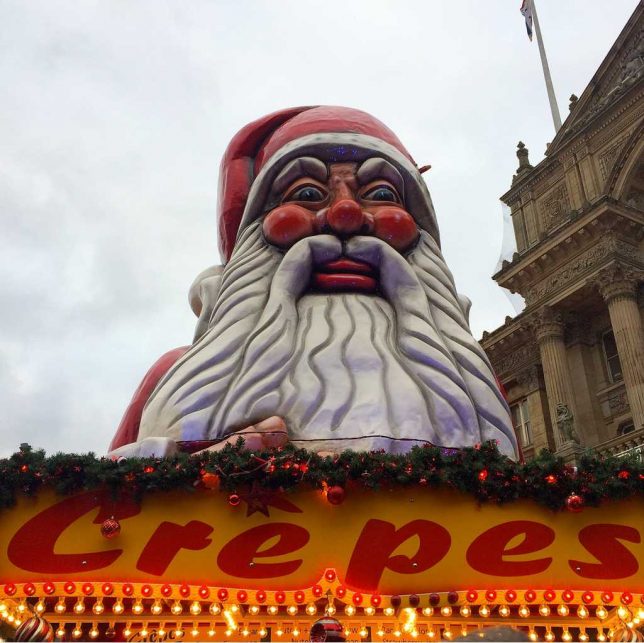 Umm, yeah, suddenly we’ve lost our appetite and this creepy
crepe-y Santa is to blame. Flickr member Bronwen (bellybutton
girl) captured this not-so-jolly Man with All the Toys in
all his glowering glory last year at Birmingham, UK’s annual
Christmas Market. Wonder who’s crepe-ing down your chimney this
year… 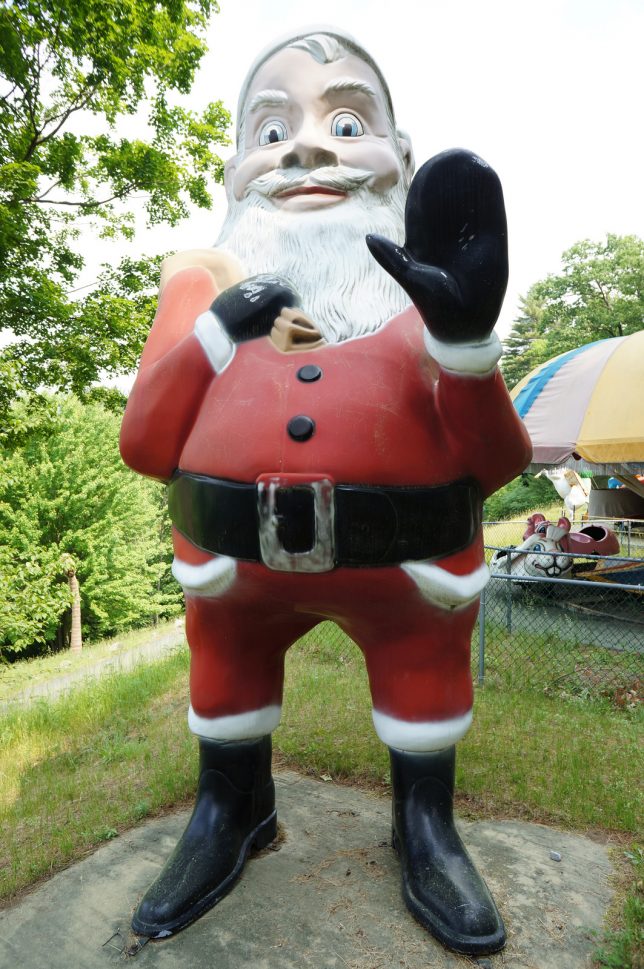 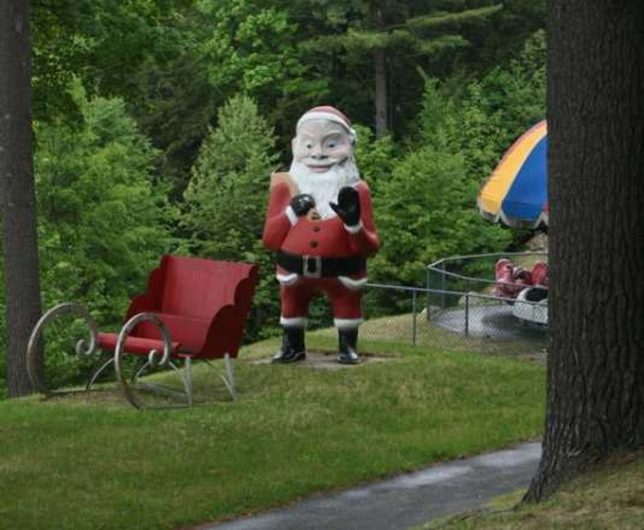 The reindeer appear to have left poor Santa stranded… wouldn’t
you? This spooky Santa sports bugged-out eyes, flaring nostrils
and an oversized mitten-clad hand reaching out to grab you by
the throat. Wow, you must have been REALLY naughty this year
and Santa knows it. Flickr members 120volt
and Missy and Skylar (walltowallcreeps)
captured the psycho St. Nick at The Magic Forest amusement
(ha!) park in Lake George, New York. 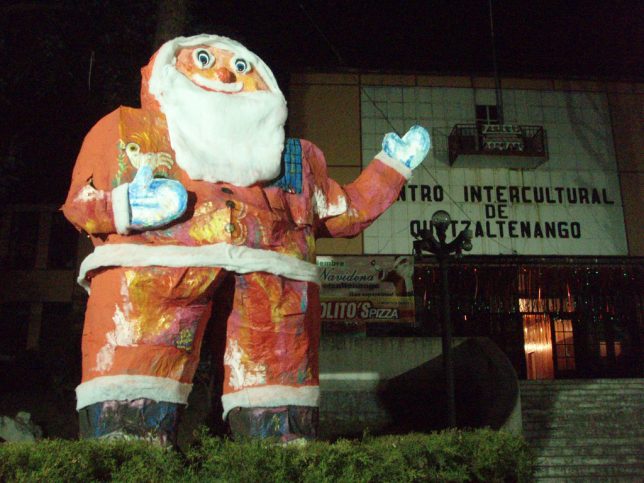 Santa Claus delivers toys to girls and boys all over the world
but he doesn’t stay too long in one place, especially hot,
humid, tropical locales like Guatemala… and now you know why.
Seems like Father Christmas has more in common with Frosty the
Snowman than anyone thought. Flickr members Neil
and Sarah snapped this wide-eyed, way overdressed and
globally warmed-over Santa statue outside the Quetzaltenango
international Christmas market.