Circular spare tire covers mounted on
SUVs and Jeeps double as convenient creative canvases for
drivers eager to take their particular passions on the road. 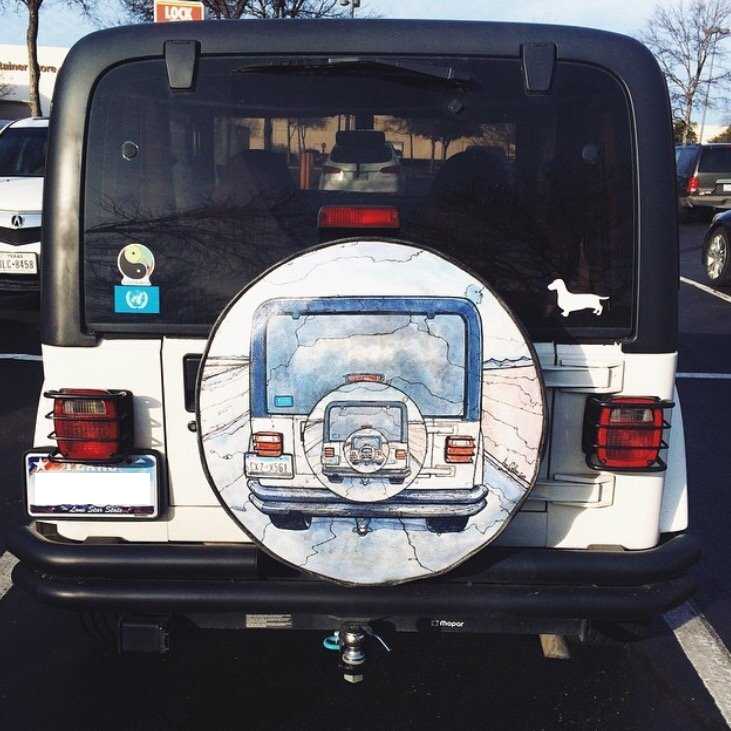 Spare tire covers are designed to take a lot of abuse, so
investing one’s time, money and creativity towards designing a
custom spare tire cover is definitely a labor of love. As long
as the driver keeps it (both the cover and the message being
expressed) clean, the payoff comes from the smiles and
snapshots elicited from those following. Just don’t get
hypnotized by some of the designs… “Inception”-style covers
like the ones on the above Land
Cruiser and Jeep
have a way of pulling you in. 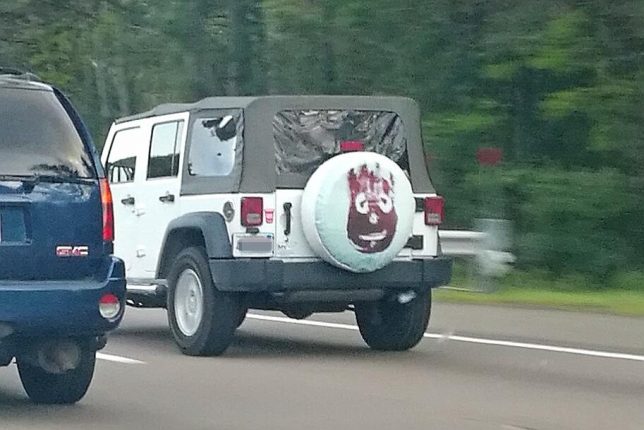 Copyright issues aside, wouldn’t it be neat if the
driver above bought his vehicle at Wilson Chrysler Jeep? Or
if the driver was a dentist named Spalding? In any case, it’s
safe to say the real star of the 2000 film Cast Away was
Wilson, Tom Hanks’ character’s constant companion
during his time on an island where a Jeep would have come in
handy… a spare tire cover, not so much. 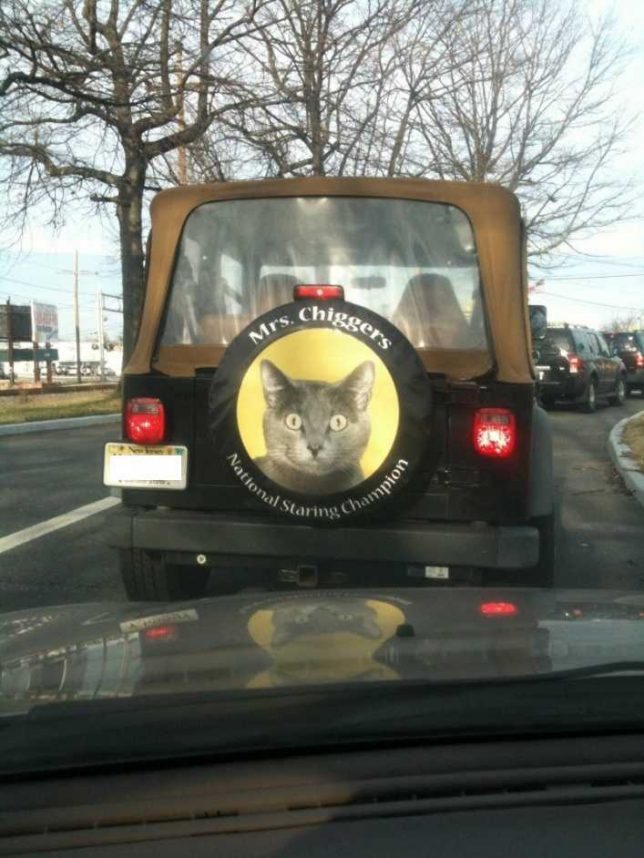 Just imagine being stuck in traffic behind
THIS… road rage is nothing compared to street psychosis. To
be fair, the driver probably gets the real deal at home and
just wants to share the experience. Wonder where “Mr. Chiggers”
is… most he’s likely staring out from the back of the driver’s
spouse’s vehicle. 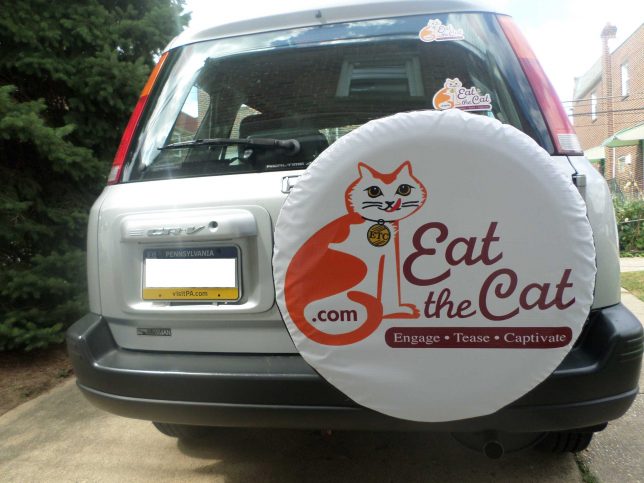 Bring Me Solo and a Humvee 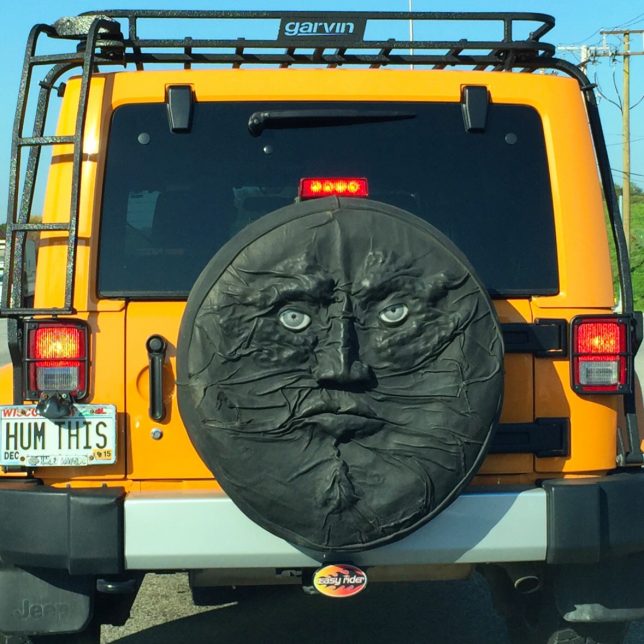 Yikes! We don’t know what this is or how is was made… and
frankly, we’re afraid to ask. At least it’s good to know spare
tire covers are now being made from indestructible Carbonite.