The streets of Brooklyn are a little brighter these days with
the addition of two new pieces by Spanish street artist Pejac,
including one that appears to be chiseled out of a brick
facade. Both reflect on the impact of cities on nature; one
comments on conspicuously absent greenery while the other
illustrates Jeff Goldblum’s infamous Jurrasic Park line, “Life…
uh… finds a way.” One is a little bleak, suggesting that trees
might someday go the way of dinosaurs, while the other is a tad
more hopeful.

Though it may look like bricks were removed to create the
piece, it’s actually just clever shading created with some
spray paint and a cardboard stencil. 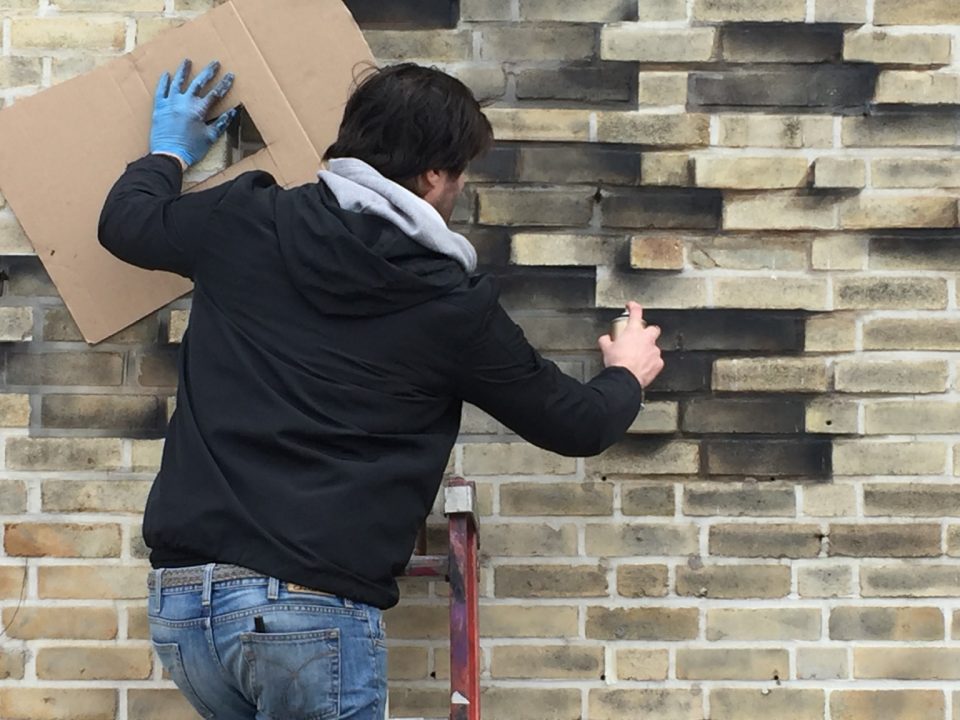 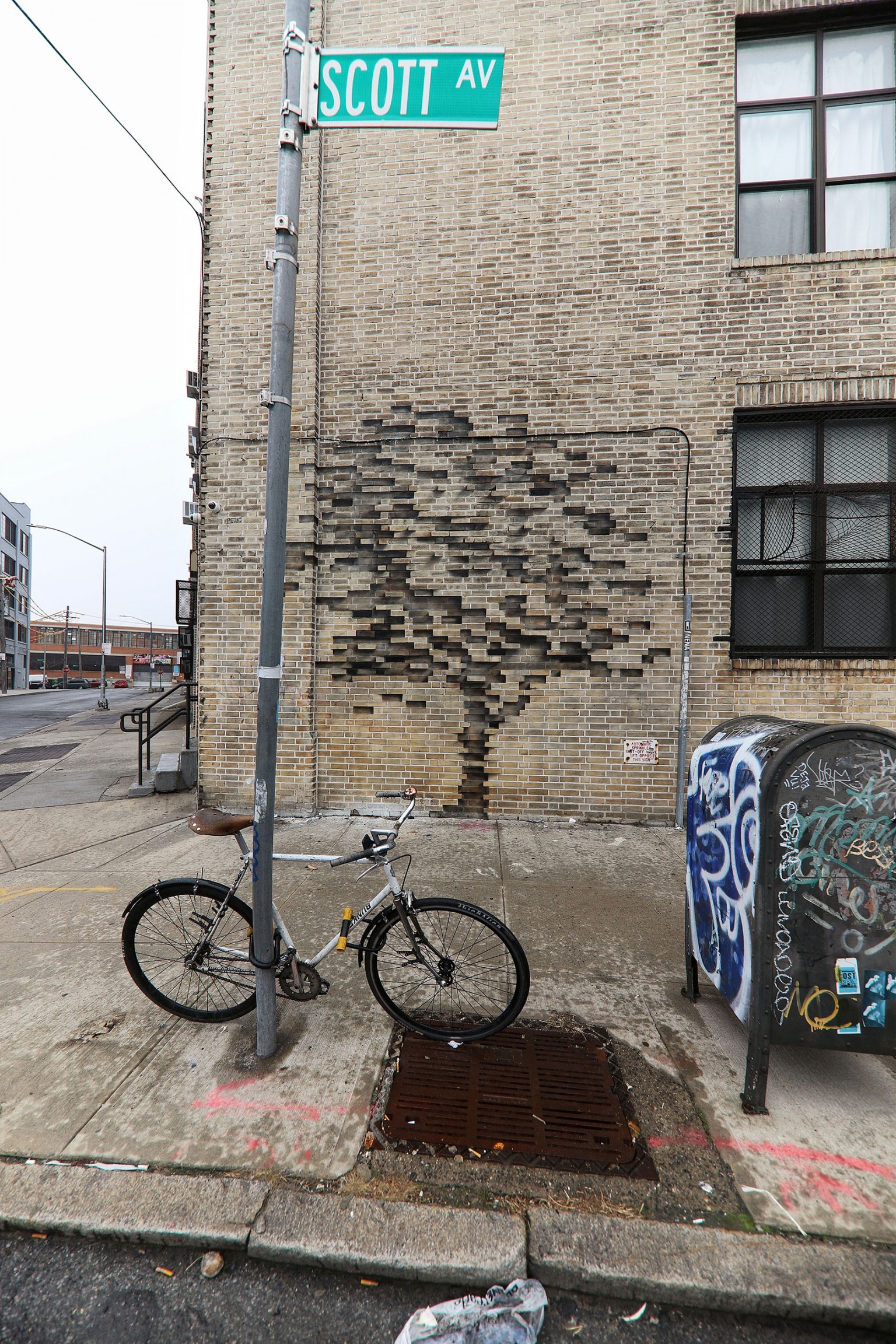 “‘Fossil’ works as a harbinger of a hypothetical fatal future
where the only memory we have of nature is the fosilized form
of a tree in a brick wall,” says Pejac. “This work can be found
at 27 Scott Ave, Brooklyn.” 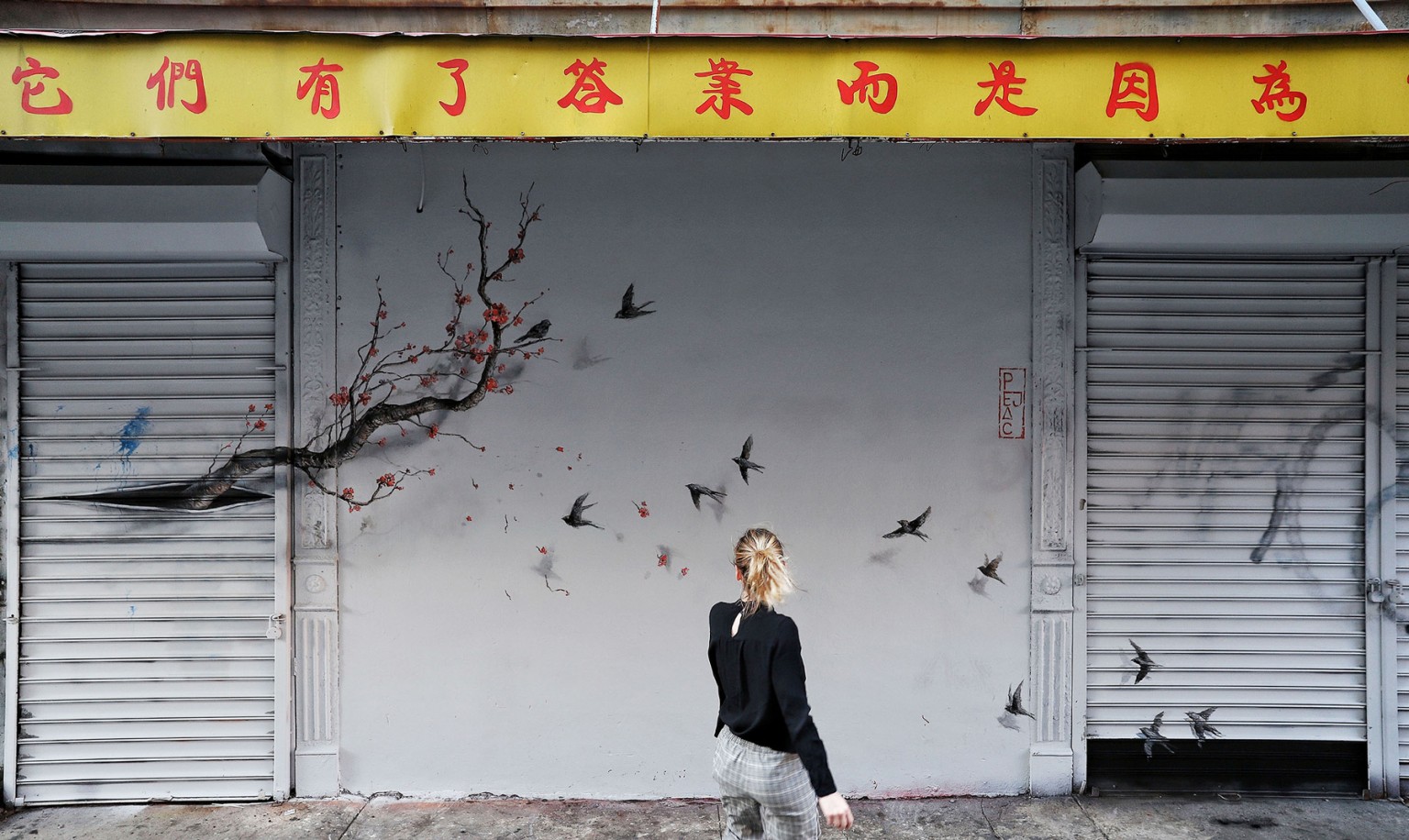 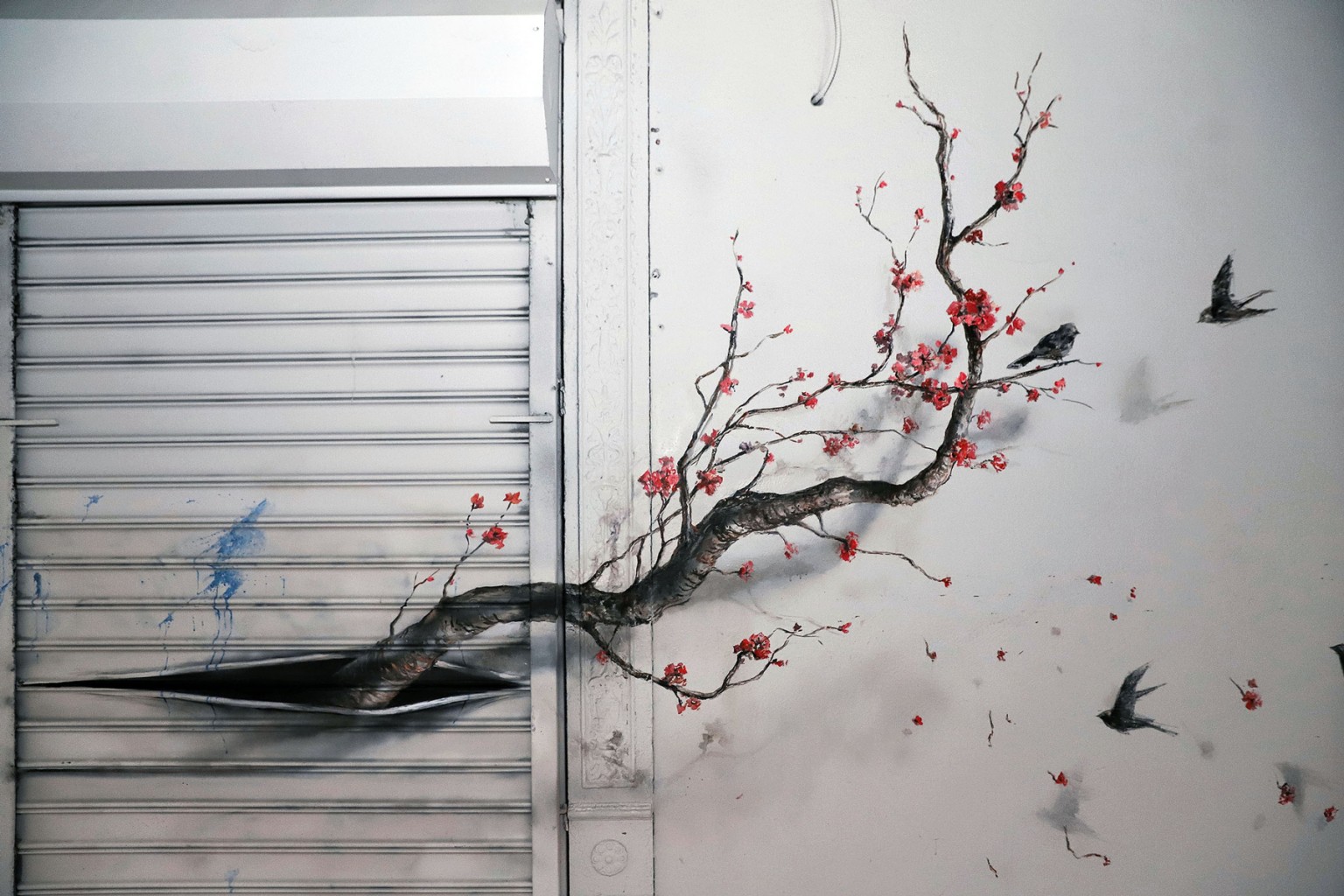 On ‘Inner Strength,’ Pejac says “In opposition to the previous
work here I speak of a future where nature breaks the barriers
imposed by the hand of man and recovering the lost ground. Man
loses but we all win.”

Unfortunately, ‘Fossil’ was quickly vandalized with the
spray-painted question ‘Is this art?’ while Pejac responded on
Instagram, “Quite an effective way to ask a question. But next
time just send me a DM.”

Previously, Pejac created
a series of bird silhouettes in a Croatian window,
‘cleaned’ the paint off a brick building to reveal the
shape of flourishing vines, and
painted convincing illusions of keyholes and windows on
cement.