In her first European solo show, Australian artist and ceramist
Penny Byrne presents
Europa Europa, an installation work at the Michael Reid Gallery
in Berlin. Composed of a series of vintage blue and white
porcelain figurines clad in the iconic bright orange life
jackets that have now become synonymous with the refugee
crisis.

Seeking to highlight the perilous journey undertaken by large
numbers of migrants across Europe, Penny aims to recreate the
sheer quantity and desperation of those risking their lives by
crossing the Mediterranean.

Adrift in an assortment of porcelain antique household serving
plates, gravy boats, cups, and bowls, (delicate vessels that
reflect the determination to find any means necessary to cross
seas), the figures are stranded around the gallery in various
states of safety. The crudely constructed bright orange rings
that hang around the necks of the figurines are clumsily
constructed, a statement from Penny on the worrying trend of
refugees being given fake or faulty life jackets.

A number of solo figurines, often without floatation aids, lay
separated from the main groups across the gallery floor and
attached to nails in the walls; a tribute to those left behind
and those who have become victims of such a perilous journey.

Most of the figurines have been donated by Penny’s social media
followers. Several months ago she created The Great Blue and
White Figurine Hunt of 2017 on social media. She has now had
over 80 figurines donated from keen followers, a reflection on
the power of what can be achieved in joining together to create
something better.

Penny says: “I don’t seek to promote any particular political
stance on the crisis. I just believe it’s important that we
continue to bring to light such tragic situations, to highlight
the plight of those who have to resort to such drastic measures
so that as a society, we can come together in finding
solutions.”

As an established ceramics conservator, Penny is an expert in
working with porcelain, a medium which she feels holds an
unmistakably kitsch aesthetic. In using vintage figures to
create such a politically charged and engaging piece, her work
begins to play with notions of history and memory, key ideas
that emanate from #EuropaEuropa which bring to light how
pressing this matter really is.

Europa Europa kicks off at the Michael Reid Gallery
in Berlin on 6 October and runs until 4 November 2017. 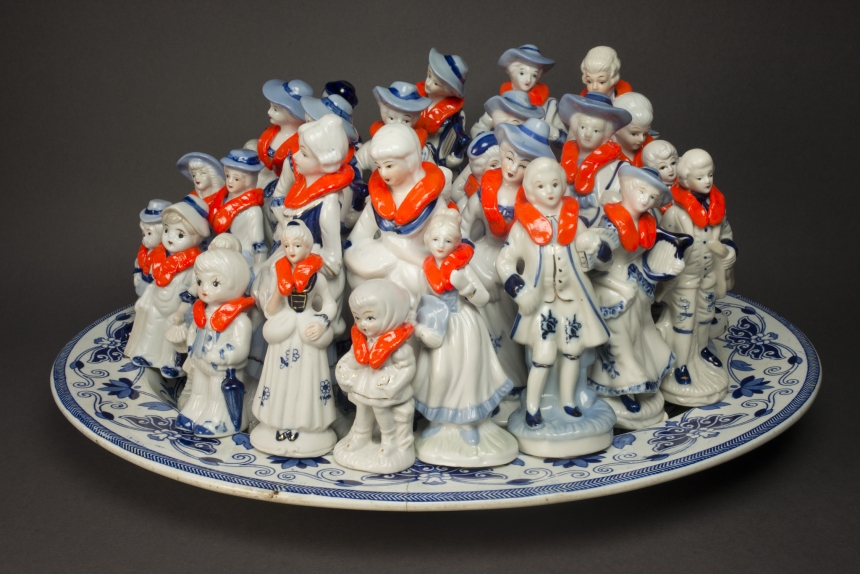 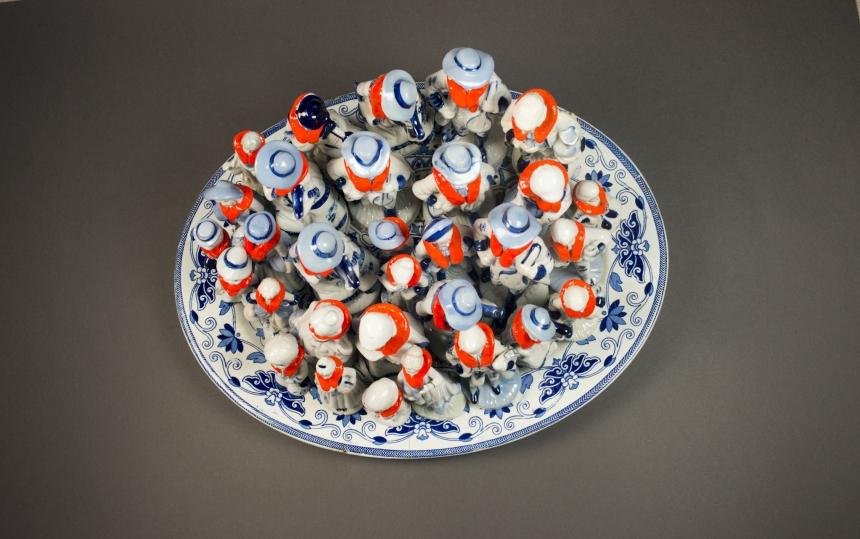 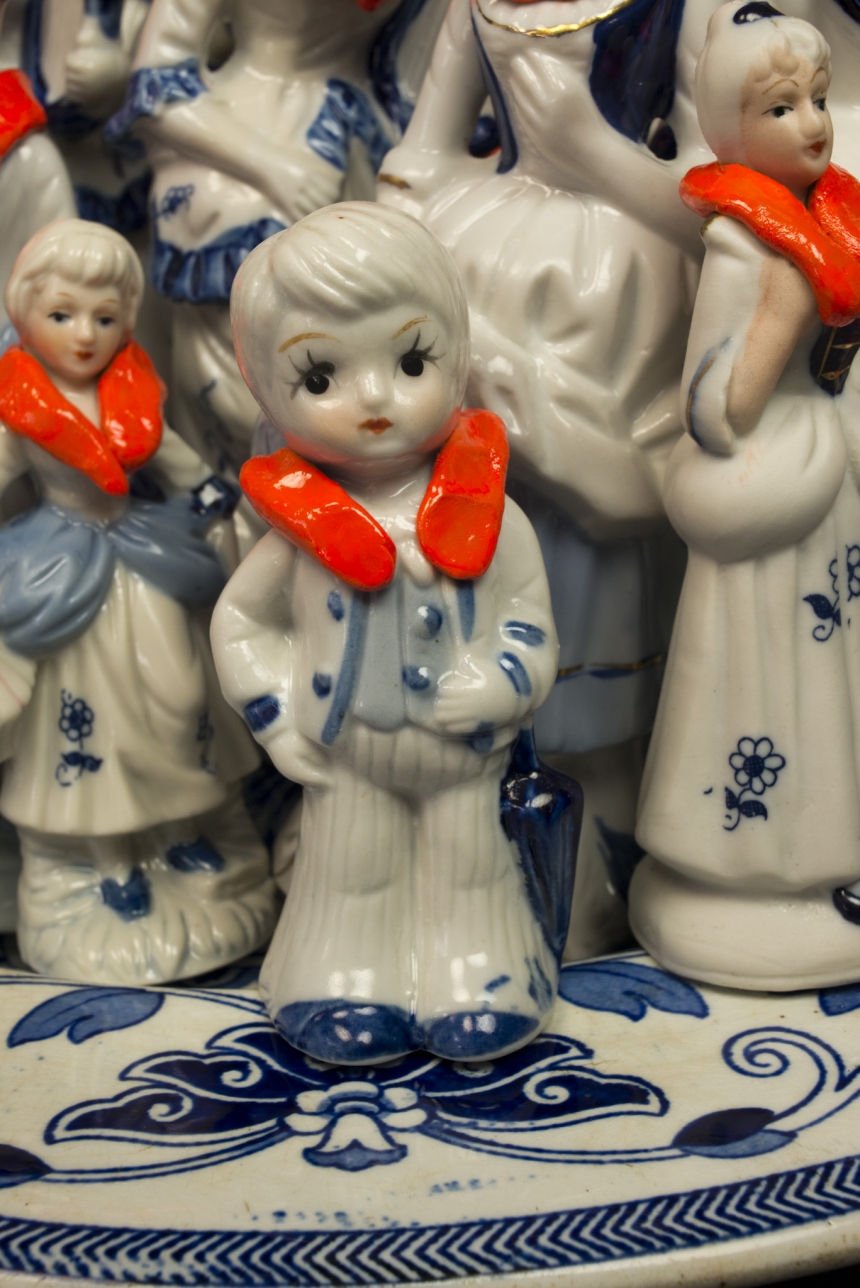 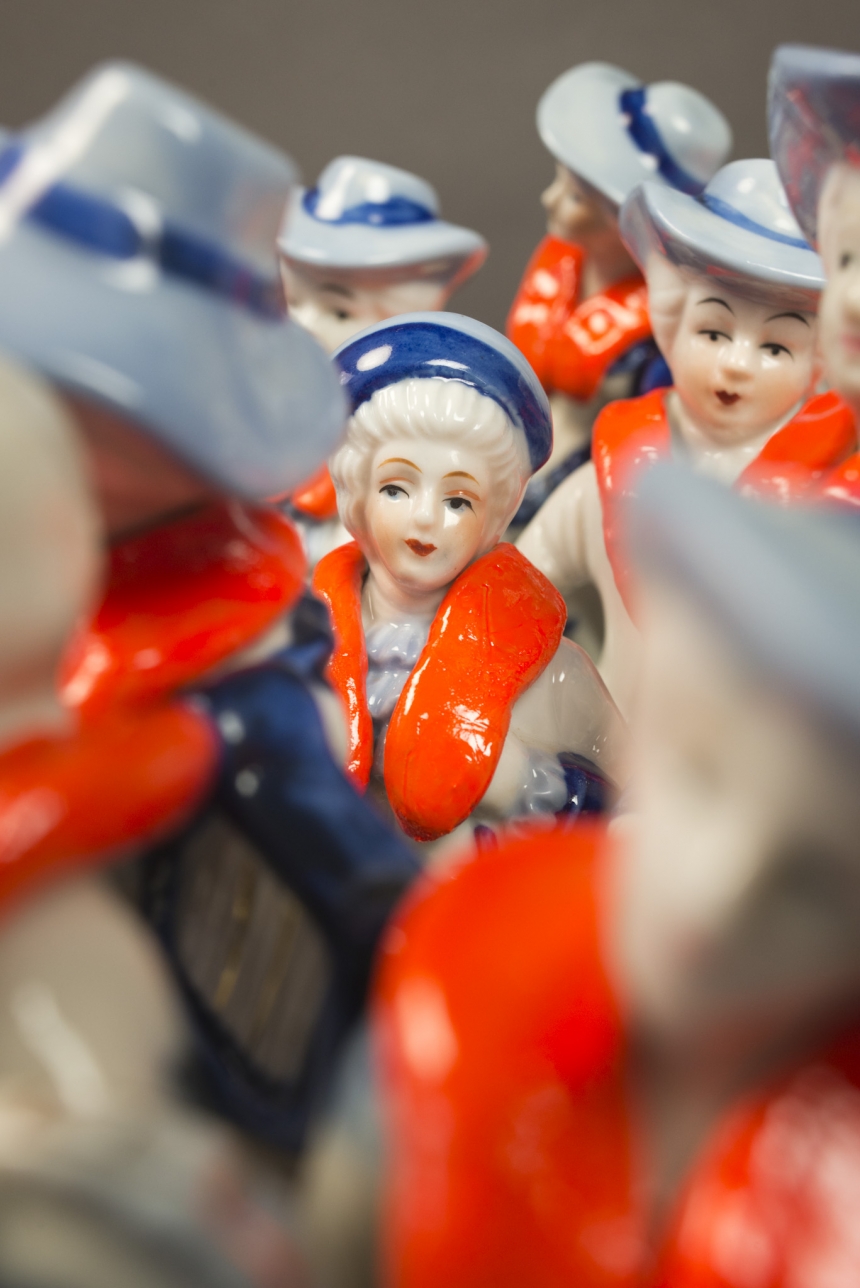 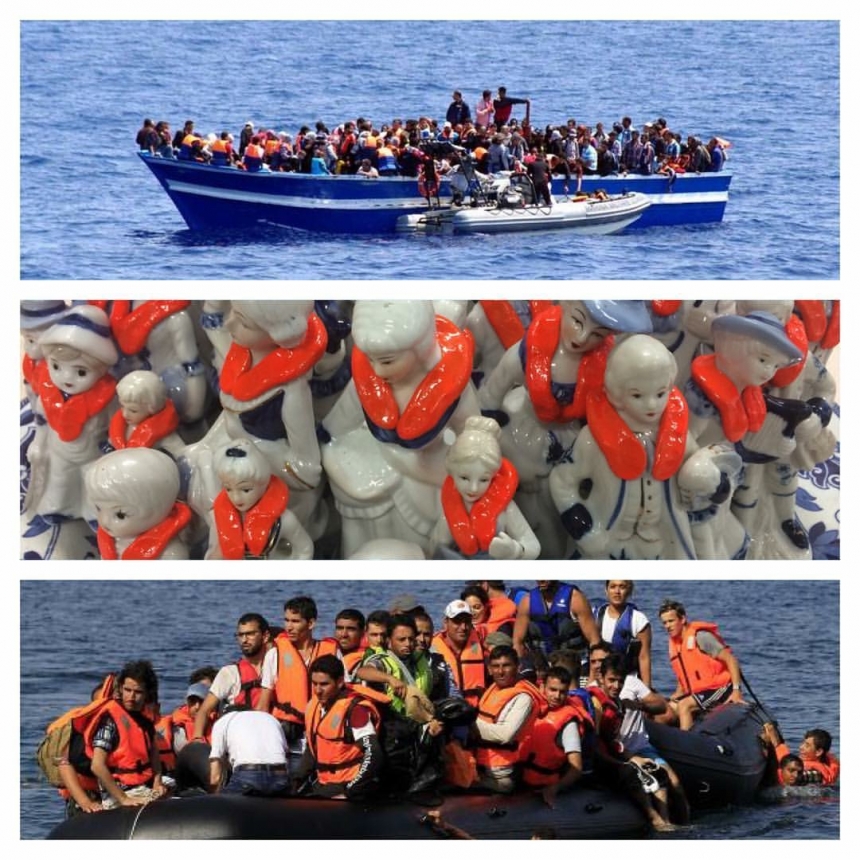