Drawing inspiration from a similar project in London, the
bloggers known as ‘Mensajeros
Urbanos’ (‘urban messengers’) have taken to the streets of
Mexico City filling potholes with living plants. Each crack in
the pavement gets a little bit of soil and a colorful
arrangement of tulips and ferns, calling attention to areas of
the street that need a little TLC while brightening up the
city. 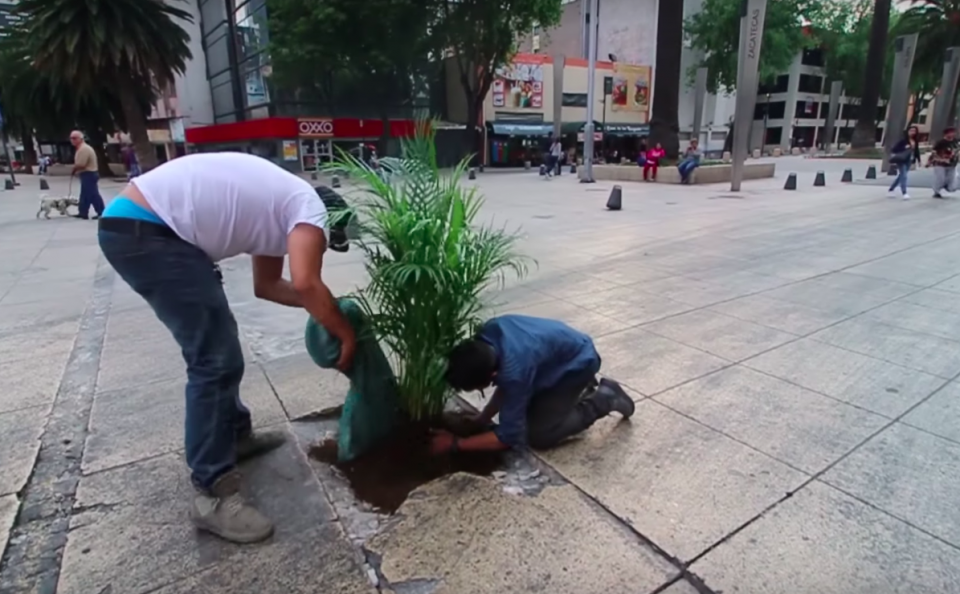 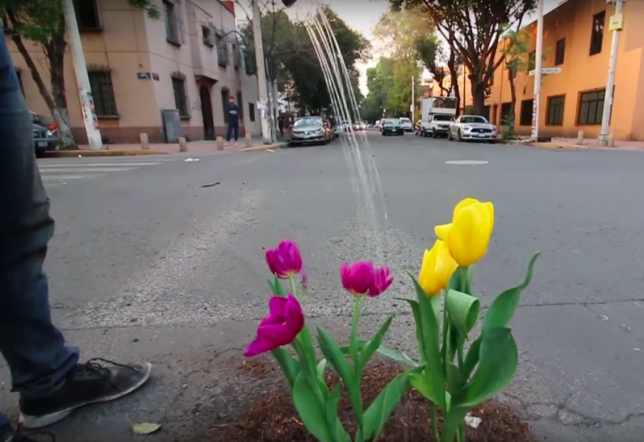 The bloggers documented the process in a video that’s earned
nearly 40,000 likes on YouTube. Even if you don’t speak
Spanish, it’s worth a watch, as the idea is pretty universal
and their actions speak for themselves. Onlookers seem pretty
thrilled with the results. It’s not often that a cop approaches
someone in the midst of carrying out an urban intervention and
praises their work. 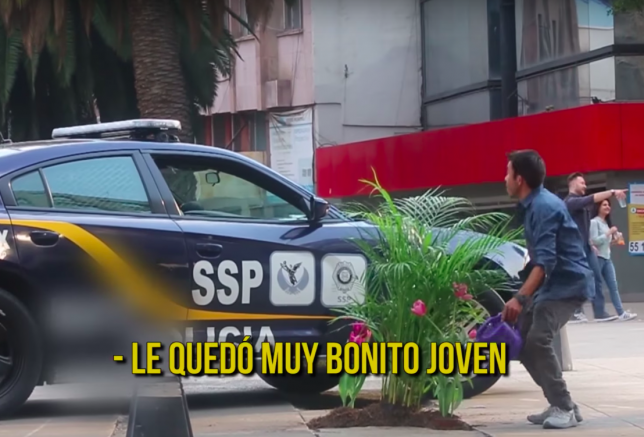 Meanwhile, Steve
Wheen, ‘The Pothole Gardener’ of London, has been enacting
similar interventions since 2010, inspiring countless similar
projects in the process – and his own gardens have grown more
and more complex over the years. Of his own motivation, Wheen
notes, “My neighborhood has a distinct lack of green space, and
I’m a gardener with no garden.”