Throughout the last year, dozens of terrifying monstrous
butterflies as big as pterodactyls have begun landing on the
facades of buildings throughout France, Austria and other
European countries. Many of them appeared in Spain during
September 2017 during the Festival Asalto, an international
urban art festival showcasing mural artists. But, don’t worry,
Mothra isn’t on the loose, after all, despite the incredible
troupe l’oeil effect. 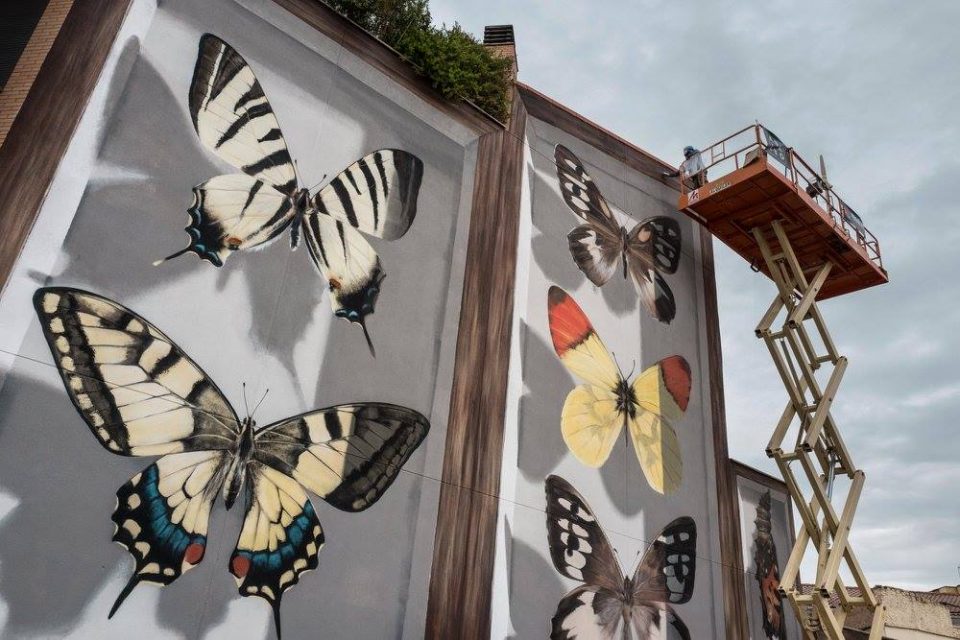 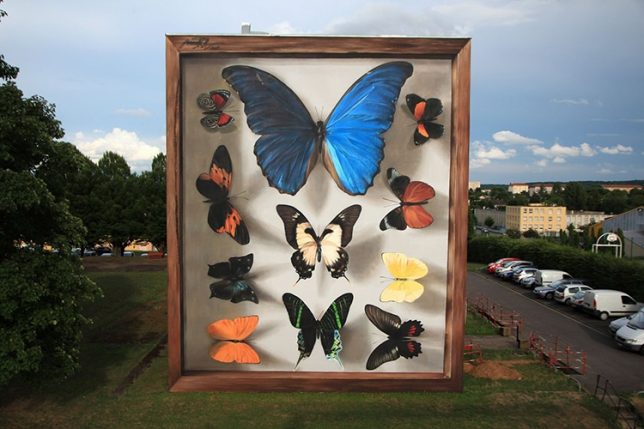 France-based street artist Mantra, who typically paints human
subjects, has spent much of the last two years on a more
entomological bent. His multi-story butterfly murals are framed
and shaded like shadowboxes, making the giant Lepidopteras in
the fourth stages of their lives look like preserved specimens
under glass. 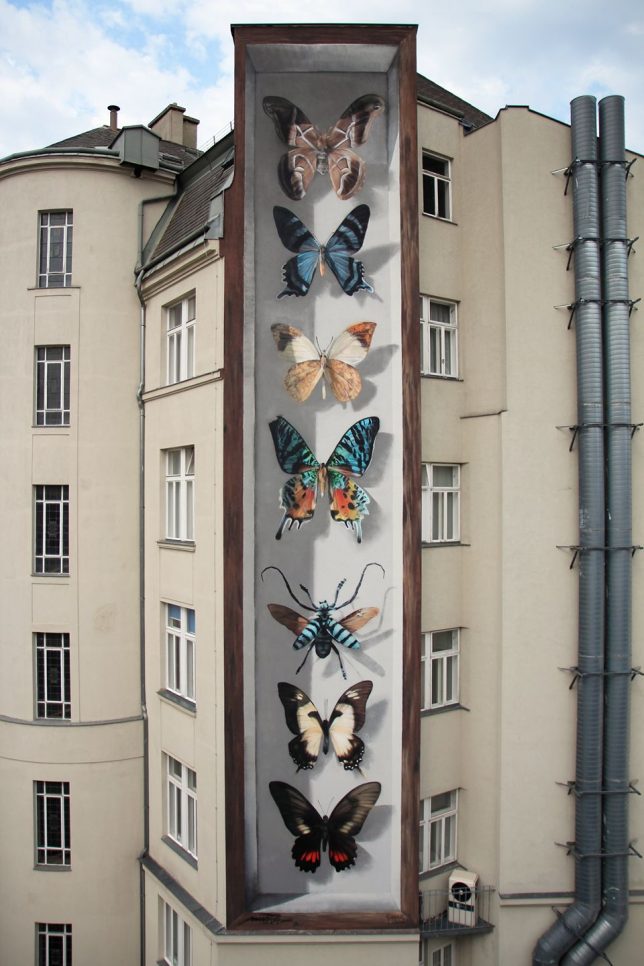 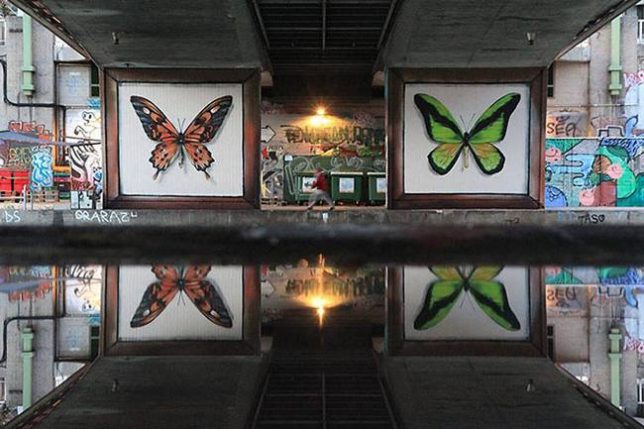 These ‘specimens’ are sometimes stacked as high as five
stories, all the intricate details of their colorfully
patterned wings magnified for our viewing pleasure. The shadow
effects, which often still work at night as streetlights
illuminate the facades of the buildings, really make the murals
pop. 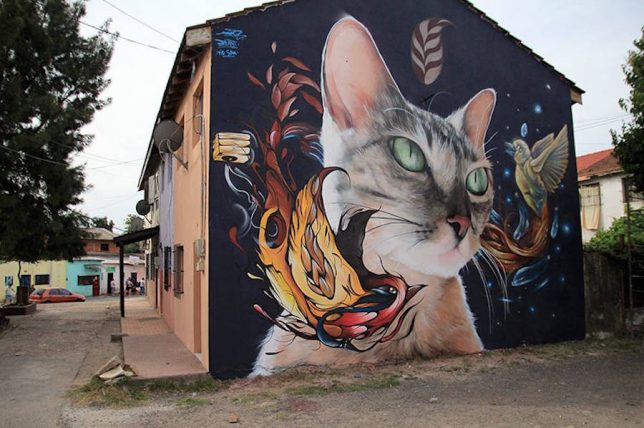 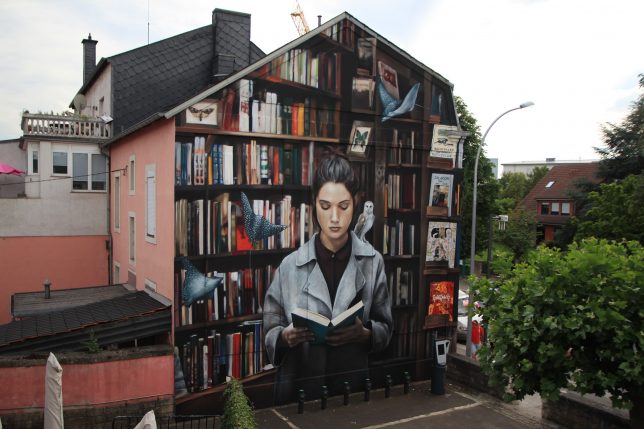 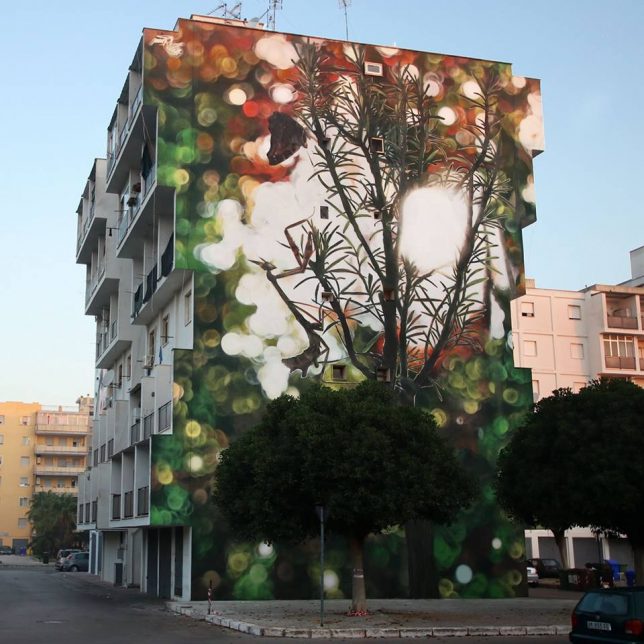 Here are a few examples of Mantra’s beautiful
non-butterfly-related murals. Check out more of his work on his
Facebook
and Instagram.