Unlike Australia’s wildlife, the weird and wondrous ‘Big
Things’ scattered across
the Land Down Under
aren’t deadly… unless one falls on you. 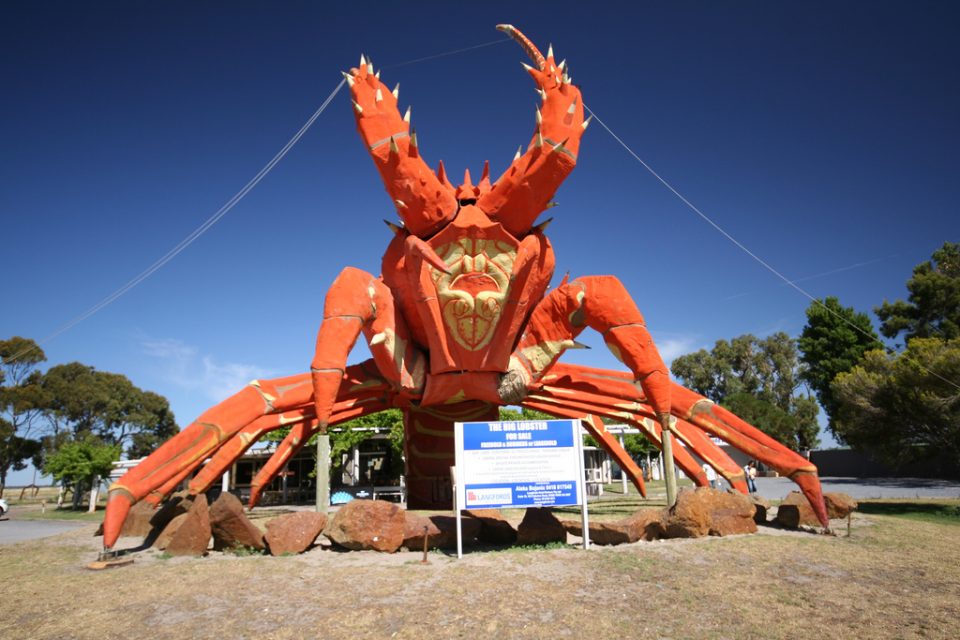 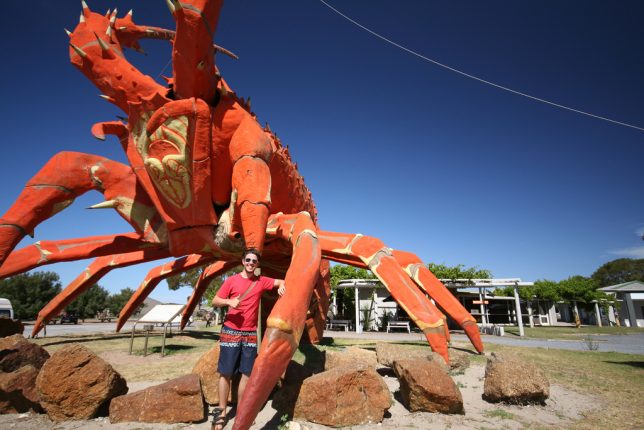 Some say the Big Things – which began to sprout up in the early
1960s – were inspired by similarly supersized sights in the U S
of A. Don’t suggest that to a red-blooded Aussie, however: the
Big Things have become points of national pride. Take “The Big
Lobster”, a 56×49×43 ft (17×15×13 m) replica of a spiny lobster
located in Kingston, South Australia. 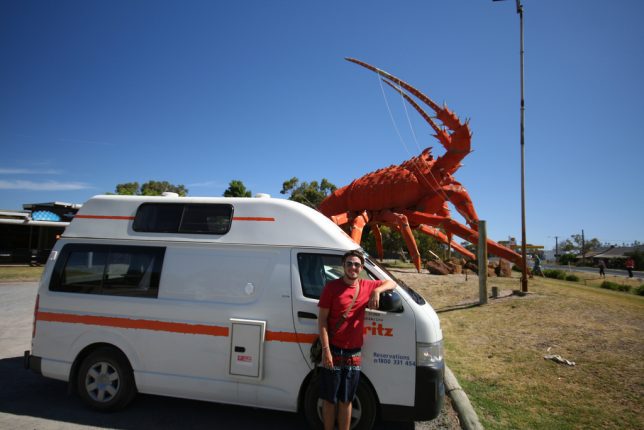 “Larry”, as the sculpted crustacean is popularly known, was
built in 1979 and wasn’t supposed to be that big. It seems that
designer Paul Kelly thought the original plans were denoted in
meters when they actually specified measurements in feet,
resulting in a monster-lobster over three times the size
originally called for. Heh, and you thought that sort of thing
only happened in movies like This Is Spinal Tap. Kudos to
Flickr member Fiona Thompson (faithmonsoon) for
posting these photos of Larry in early 2009. Oh, and that guy
with the van is totally NOT a MARTA bus driver on vacation. 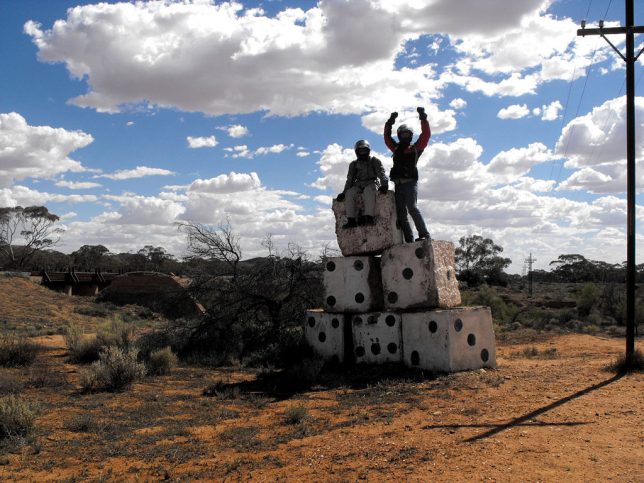 OK, so the Big
Dice located just off the Barrier Highway between Yunta and
Mannahill in South Australia aren’t all that big but you’ve
gotta admit, they’re way, WAY bigger than actual dice. Also,
seeing Snake Eyes in Australia is usually a bad thing – or at
least, the LAST thing you’ll ever see.

The painted concrete dice are rather roughly cast and wouldn’t
make very good dice even if someone was big or strong enough to
roll them. No matter, the Big Dice are a legitimate
roadside attraction and besides, there’s not much else to
see between Yunta and Mannahill. 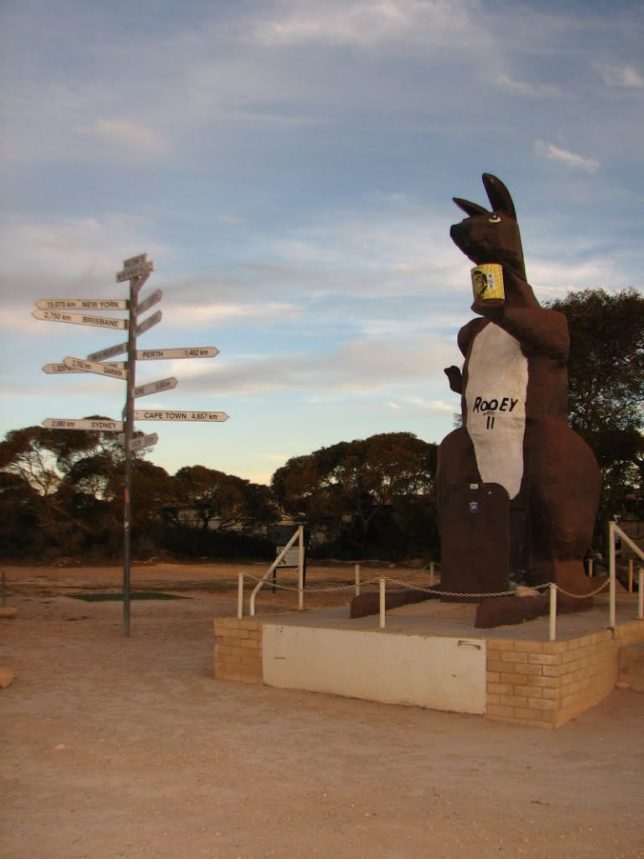 The Big Kangaroo stands 16.4 ft (5 m) tall at Border Village,
on the border between South Australia and West Australia. Named
“Rooey II“, the
papier-mache and fiberglass statue was built in 1986 to
capitalize on traffic going west to Perth where the America’s
Cup yacht race was being held. Been a tad quiet since then. 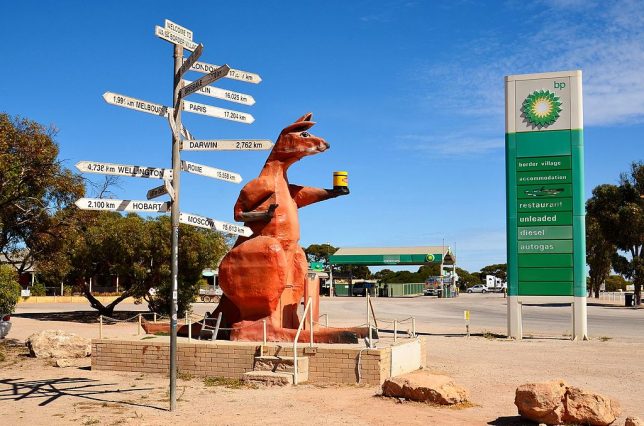 Rooey II sports a more natural reddish-brown makeover in the

second photo dating from April of 2017 yet still holds a
beer (or is that a jar of Vegemite?) tightly in his
outstretched left paw. So much for being natural… then again,
this is Australia.