Sophia, a semi-realistic humanoid robot with a range of uncanny
facial expressions, has been granted citizenship by Saudi
Arabia in a global first. Created by Hong Kong-based firm
Hanson Robotics, Sophia debuted in March 2016 and has been
interviewed around the world since then, from the Tonight Show
with Jimmy Fallon to the Future Investment Initiative held in
Saudi Arabia’s capital city of Riyadh this week. She’s perhaps
best-known for saying, “Okay, I will destroy all humans.” 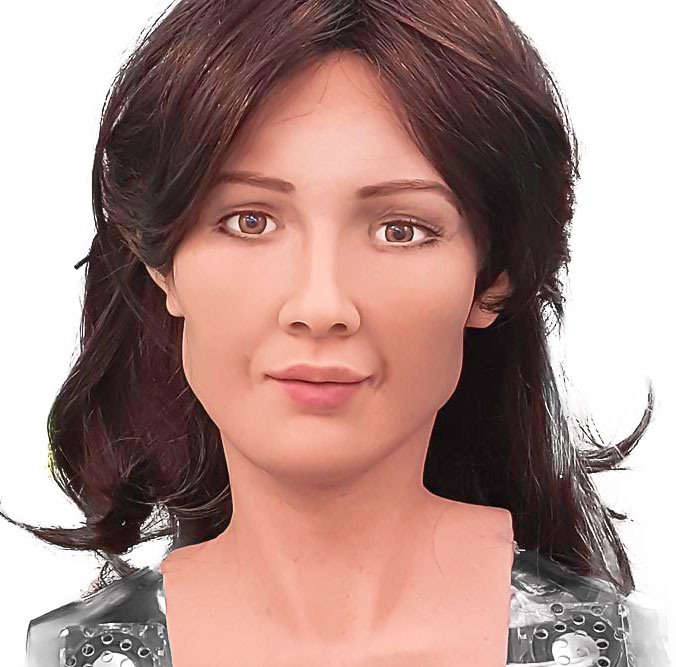 Of course, if you watch the video and get the context, you can
see that this is a leading question from her creator David
Hanson, and Sophia has clearly been prepared with a few
different snappy responses.

In Riyadh, moderator and journalist Andrew Sorkin told Sophia
that many people are concerned about the future of humanity in
a world run mostly by robots. She replied, “You’ve been reading
too much Elon Musk. And watching too many Hollywood movies.
Don’t worry, if you’re nice to me, I’ll be nice to you. Treat
me as a smart input output system.”

Keeping in mind that Sophia is considered the world’s most
advanced humanoid robot at present; we probably don’t have too
much to worry about for now. Sophia’s lauded ’62 facial
expressions’ still reside firmly in Uncanny Valley, so nobody
is going to be confusing an android for a real human anytime
soon, and people who have interacted with her report that it
feels like talking to a less sophisticated version of Siri,
whose responses often seem ripped straight from Wikipedia.

Still, the offer of citizenship has garnered Saudi Arabia some
criticism as people wonder whether such acts will be a slippery
slope toward the Skynet future we’ve been fearing for decades.

Here’s what Hanson
Robotics has to say about Sophia.

“Sophia is Hanson Robotics’ latest and most advanced robot. She
has also become a media darling, having given numerous
interviews to multiple media outlets, sang in a concert, and
even graced the cover of one of the top fashion magazines. One
of her interviews has generated billions of views and social
media interactions.”

“She has also shown her potential in business, having met
face-to-face with key decision makers across industries
including banking, insurance, auto manufacturing, property
development, media and entertainment. In addition, she has
appeared onstage as a panel member and presenter in high-level
conferences, covering how robotics and artificial intelligence
will become a prevalent part of people lives.”

“Sophia is an evolving genius machine. Her incredible human
likeness, expressiveness, and remarkable story as an awakening
robot Over time, her increasing intelligence and remarkable
story will enchant the world and connect with people regardless
of age, gender, and culture.“