Marking the 400th anniversary of the Plaza Mayor in Madrid, a
grassy circle measuring over 35,000 square feet was rolled out
to create seating space for over 100,000 visitors across a
four-day celebration. 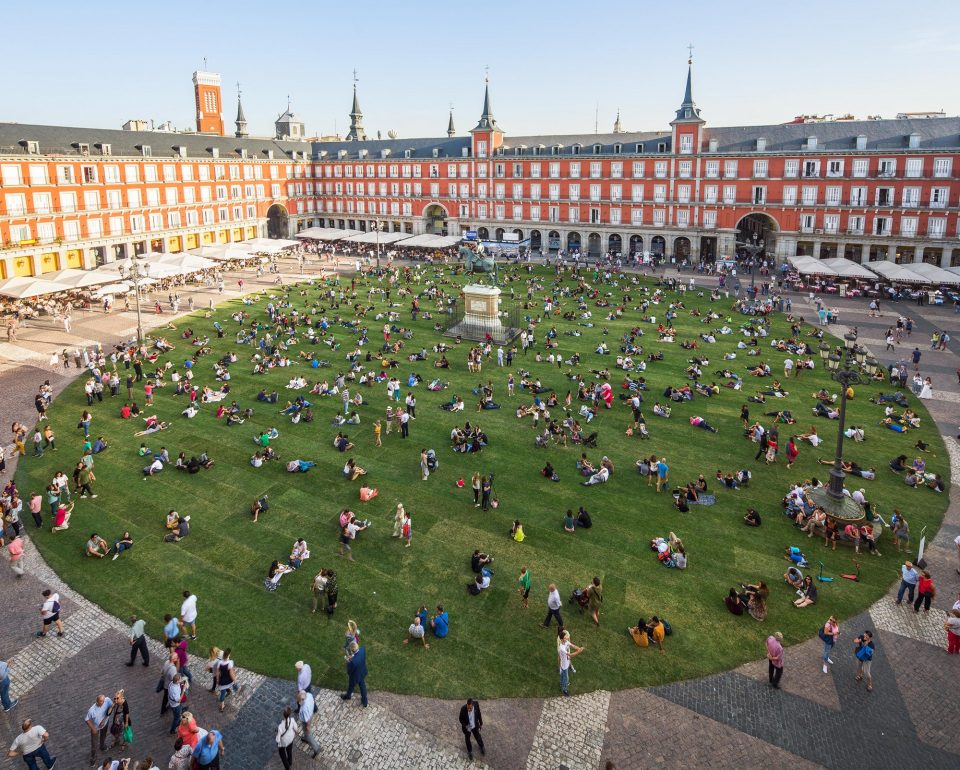 The famous European square is framed by historic rectilinear
architecture, beautiful in itself, but by adding a fresh layer
of greenery, artist SpY provided space for locals and tourists
to relax and mingle. 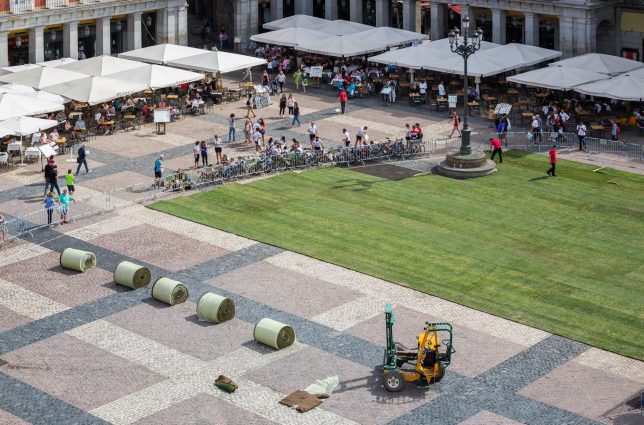 From above, the green dot stands out against its reddish
surroundings, while, on the ground, it becomes not just a frame
for interaction but also a point of conversation about local
history. 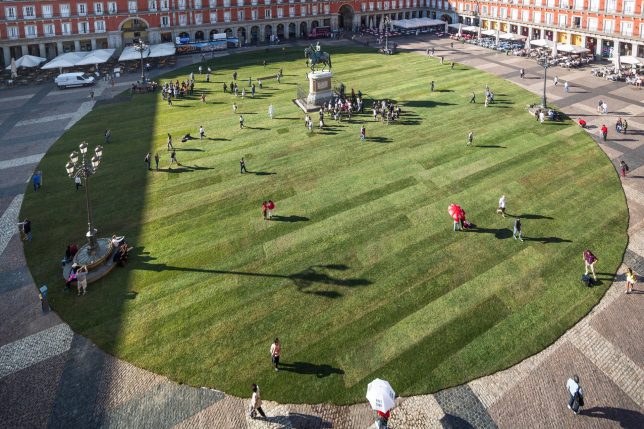 Like much of SpY’s work, the project is made to be both
interactive but also evocative, spreading naturally on social
media and sparking conversations both on-site and abroad,
leaving a lasting impression both online and in person. 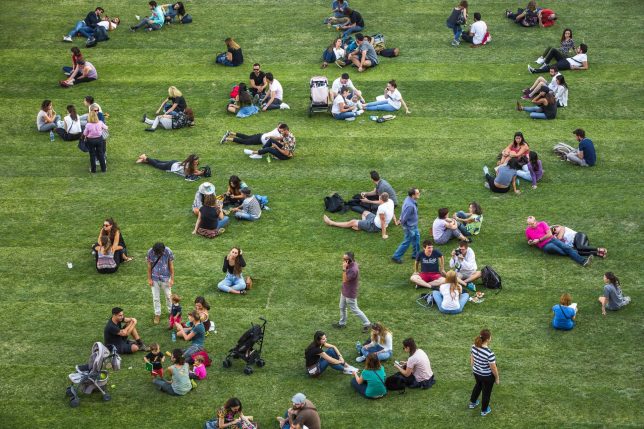 And that function for which it was designed
proved not just theoretical — as images of the actual
four-day installation show, people gravitated naturally toward
the grass, walking across and sitting down in groups on it. 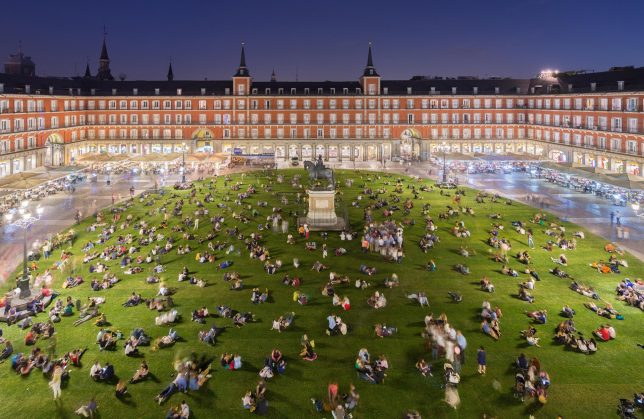 Meanwhile, given the positive reaction to this piece, there is
a rumor that the green circle might be rolled out again in
Paris or some other European location. 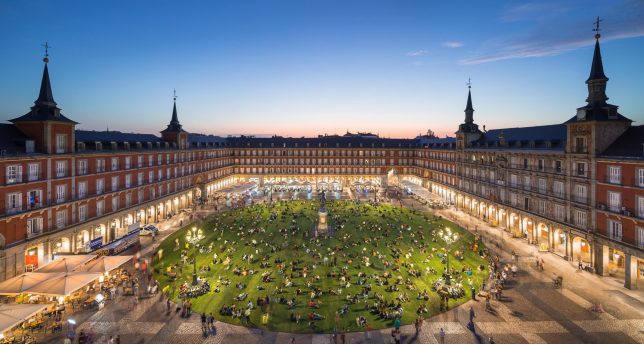 The project also brings to mind
another piece done by SpY years ago — a green circle on a
building facade, created by cutting away vines. 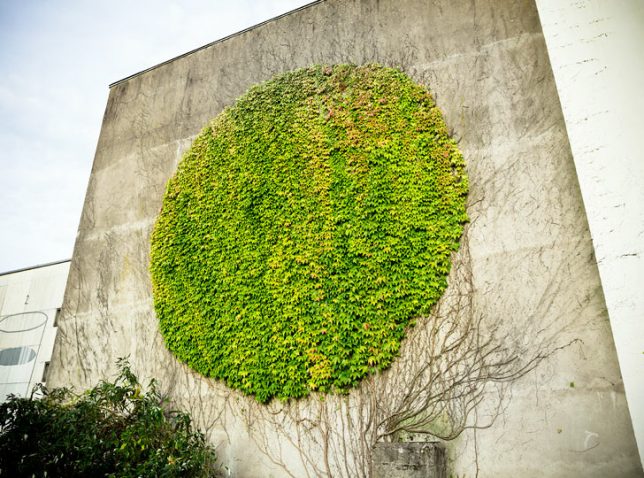