The Russian embassy has taken a hard line in Bulgaria where
Soviet monuments have been spray-painted to become iconic
American fictional characters from Superman and the Joker to
Santa Claus and Ronald McDonald. 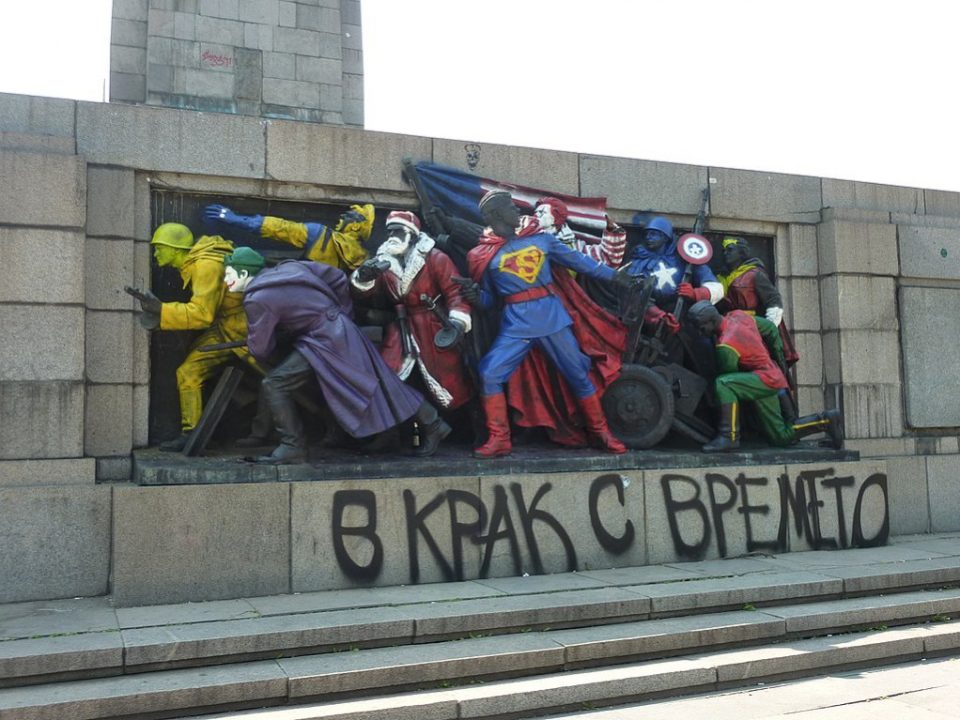 According to the Moscow Times, Russia has continued to
demand that measures be stepped up to clean and protect
the statues. They also want Bulgarian authorities
to identify and punish the criminals and do more to
prevent future attacks.

The monument at the center of the controversy was sprayed with
red paint around the anniversary of the Bulgarian Socialist
Party, but some artists have had other ideas over the years as
well.

Previously, this same monument in Sofia was painted bright pink
to recall the Prague Spring — it later got covered in Ukrainian
colors to show solidarity. They have been covered with masks as
well. 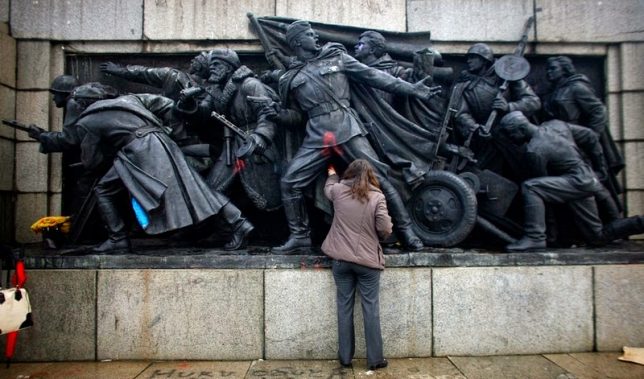 Of course, this is all a bit excessive in context — these are
memorials to a defunct regime and situated in a foreign country
over which Russia has no control. One solution would be to
simply remove them from public view, as has
happened in other countries over the years, but, in
the end, it’s up to Bulgaria, not Russia.