A proud chapter in the story of American industry came to a
close when an abandoned paper mill in Richmond, VA
was re-purposed into loft-style apartments. 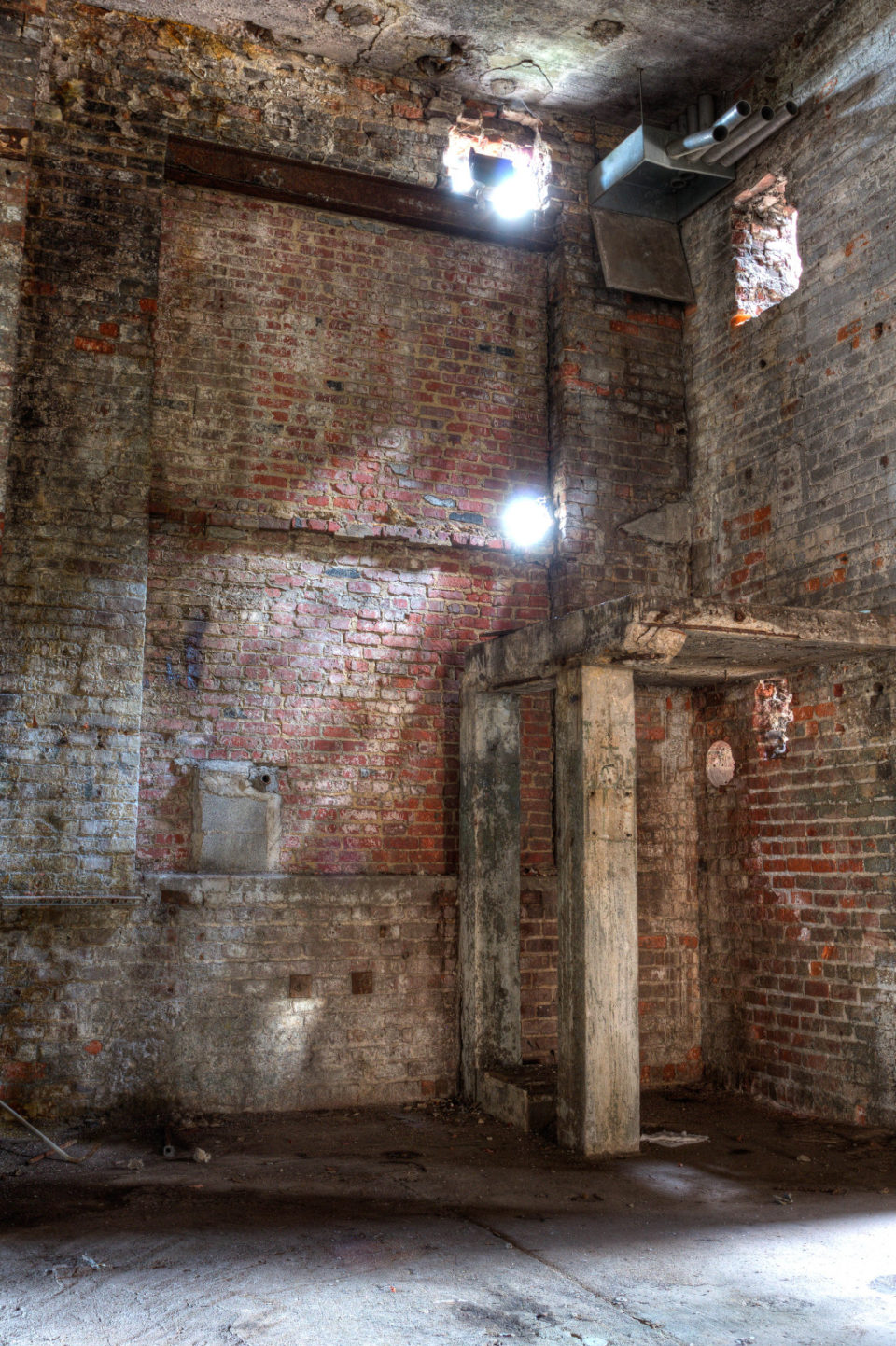 Richmond, a city of approximately a quarter-million, is the
state capitol of Virginia and the former capitol of the
Confederate States of America. Founded in 1737, Richmond has
long been a center of economic activity though some of its more
traditional industrial pursuits – railroads and tobacco
processing, for example – have largely given way to
post-industrial profit hubs in the legal, financial and
governmental sectors. 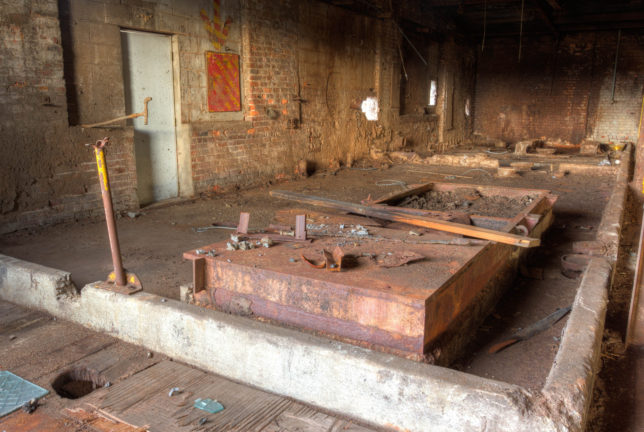 In 1880, the world’s first cigarette-rolling machine was
invented roughly 200 miles west, in Roanoke. One might surmise
that this abandoned paper mill, photographed by Joel Handwerk
of Lithium Photo, produced rolling
paper for the local tobacco firms. Smoke ’em if you got ’em! 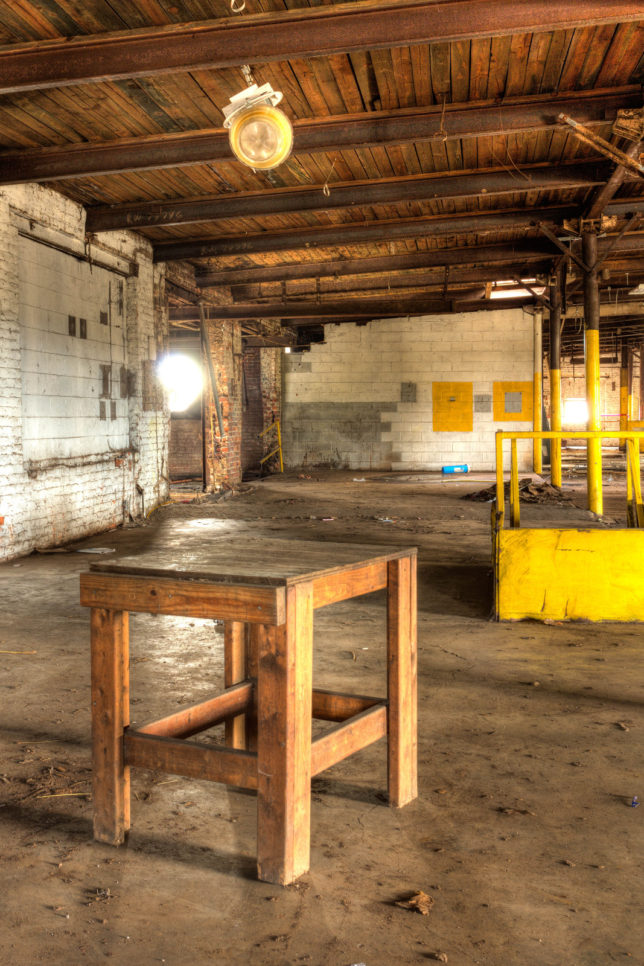 That’s just an educated guess, mind you. As the photographer
paid a visit to the site long after the mill’s machinery had
been removed, actual day-to-day functions at the factory are no
longer obvious. 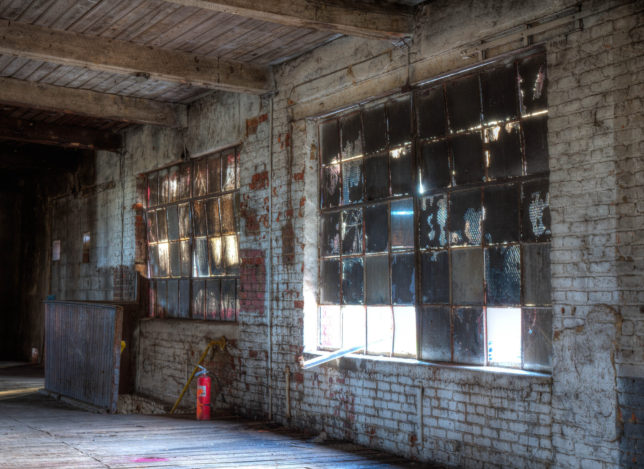 Still, it’s hard to disguise a paper mill. “The overall
structures have a layout that is consistent with the
manufacturing purpose,” confirms Handwerk, who
fortuitously chose to carry out his mission of urbex
photo-documentation on a bright, sunny day. 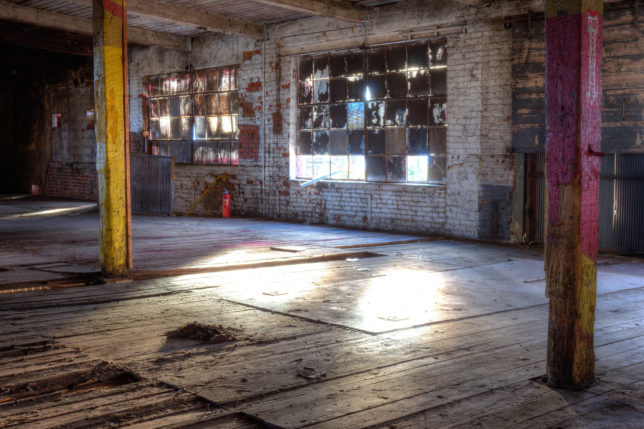 “The upper floors are wide open and feature yellow safety
pillars and painted-over window panes,” the photographer
adds. Enough natural light does manage to get through, however,
while the blacked-out windows provide contrasting shadows and
dark backgrounds. Handwerk’s images explode off the monitor
screen in a dramatically detailed succession of interior scenic
vistas. 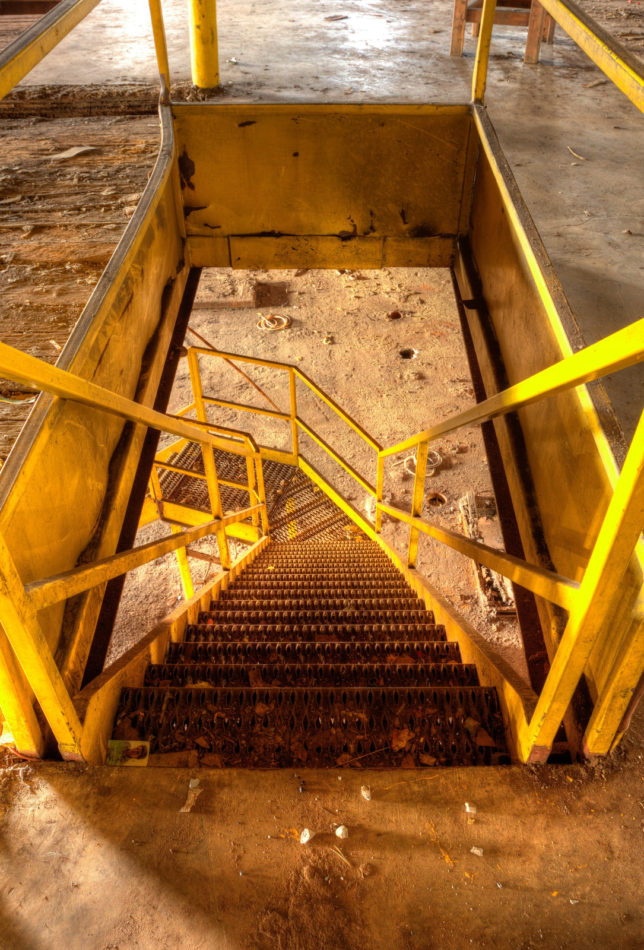 “The basement level provides access to an area that feels
somewhat like catacombs,” mused Handwerk, who presumably
escaped the aged structure well before twilight fell  and
the graveyard shift punched in. A wise move, to be sure –
abandoned buildings hide a host of dangers at any hour of the
day or night, and it’s not as if anyone’s overseeing what you
step onto, into, or off of. 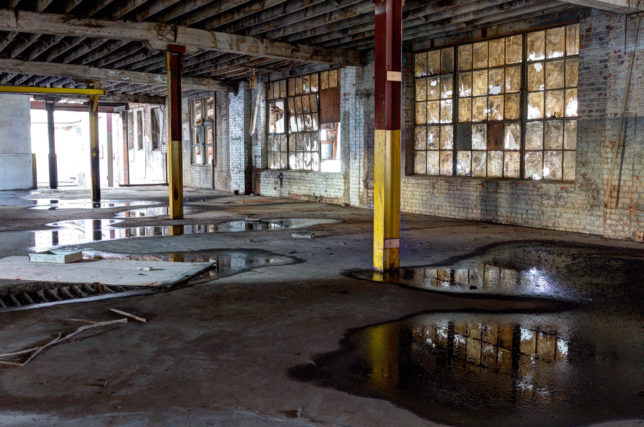 Other hazards urbex hobbyists need to be cognizant of include
slick oily floors, rotted wood staircases, loose or missing
railings, exposed nails, toxic black mold, unremediated
asbestos, and corrosive spilled and/or leaking chemicals just
to name a few. Some of those hazards were less obtrusive when
Handwerk conducted his photo shoot as the former factory had
already been extensively gutted. 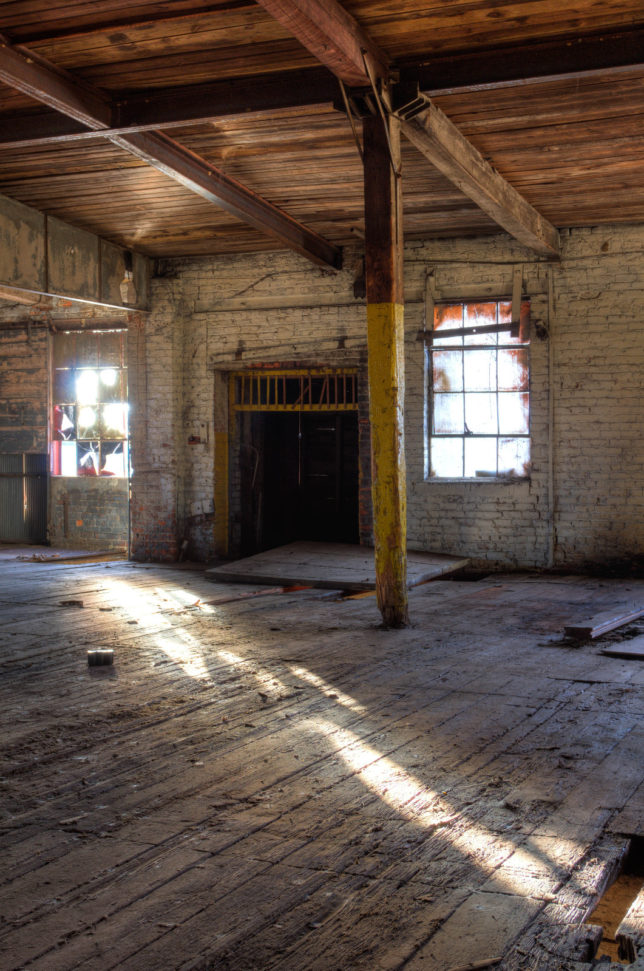 Kudos to Handwerk for not revealing the building’s name and
exact location in Richmond. Sure, graffiti has its place as
both an art form and as a valid means of cultural expression
but time and time again, graffiti is accompanied by pointless
vandalism and destructive metal salvaging. The damage can’t
always be attributed to the graffiti artists directly but all
too often it occurs in conjunction with their activities. 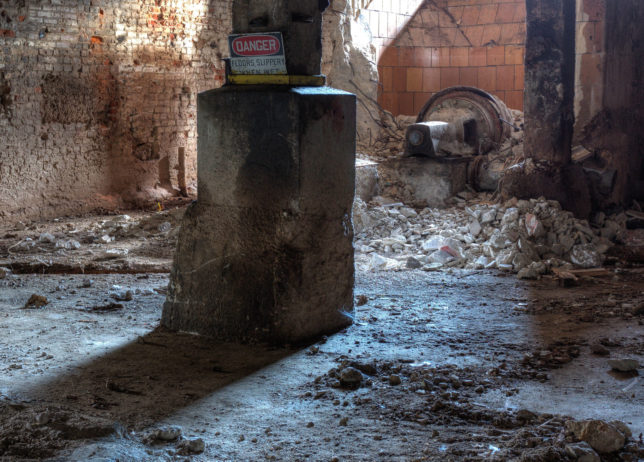 “This structure is currently being renovated into
apartments,” according to Handwerk, quoted from the time
he took and posted these images. Residential loft-style
apartments now occupy the renovated remains of this former
paper mill. 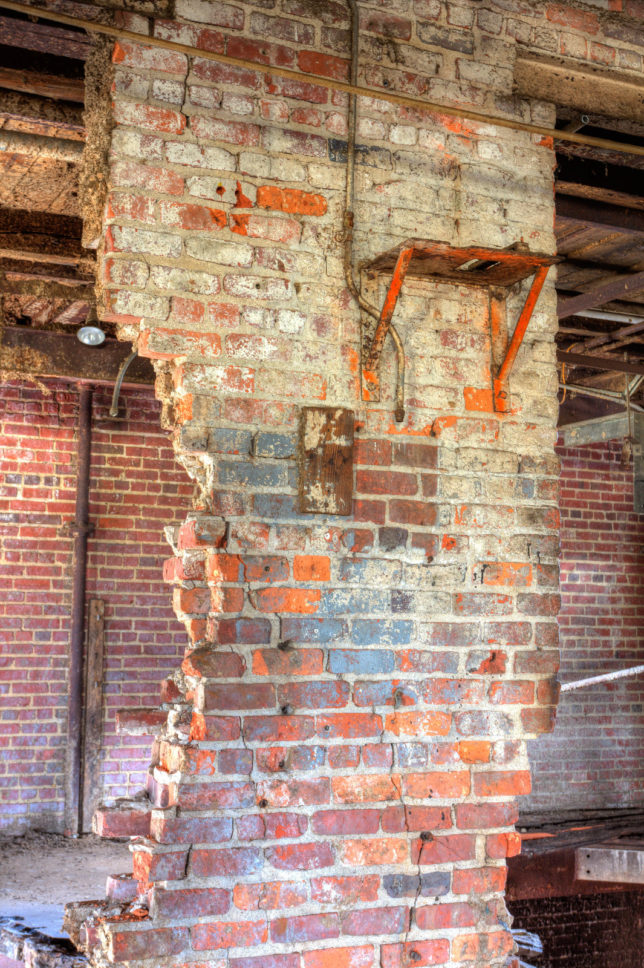 One clue to the former mill’s identity can be found at the
Facebook account of The Paper Company
Apartments, located on Hull St in Richmond’s Old Town
Manchester district. Check out the brickwork in Handwerk’s
photo above, and the wall depicted on the front page of
Property Results LLC‘s
website for The Paper Company Apartments below.

Note the presence of occasional pale blue and orange-tinted
bricks common to both images. Coincidence? Perhaps – or perhaps
not. In any case, it’s good to see this rough old relic of
industrial Richmond make a successful leap from economic engine
to residential retreat, hopefully inspiring further efforts at
industrial rehabilitation. And that’s a wrap. (all images ©
2017 Joel
Handwerk)