Everyone knows about the Statue of Liberty, the Easter Island
Moai heads, Mount Rushmore and the Sphinxes of Ancient Egypt,
but not all monstrous monuments were
built in centuries past. Colossal statues of even larger
proportions are still built all over the world in modern times,
from the many massive Buddhas of Asia to mythological creatures
like merlions and shapeshifting horses. Though some of them are
among the world’s tallest statues, these 7 are relatively
lesser known, built between 1994 and 2017. (Of course, the
former Soviet Union boasts so many oversized monuments,

they’re in a category of their own.) 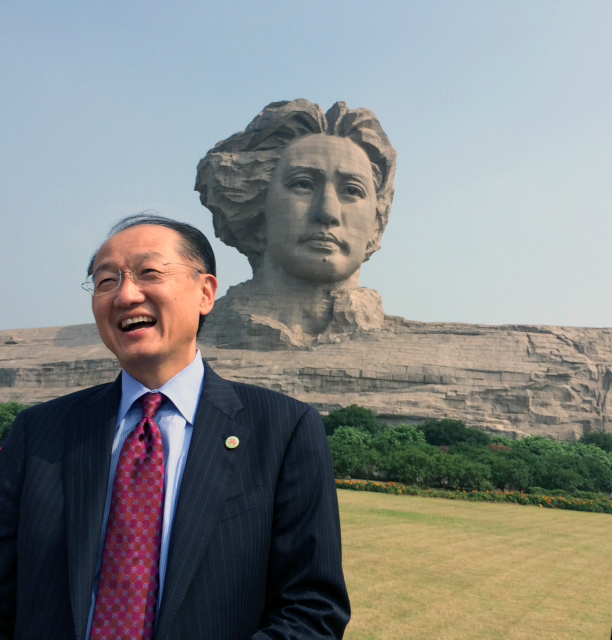 The massive head of young Chinese dictator Mao Zedong gazes
down at the city of Changsha, seemingly bursting from the rock
in a grassy park. Built
in 2007 by the Hunan People’s Government, it strays from
the usual balding representations of Mao’s look later in life.
It’s 105 feet tall and made of 8,000 pieces of granite, and
here’s the kicker: it cost $300 million. Another giant statue
of Chairman Mao, known as
‘Mega Mao,’ was built in Henan province in 2016 ridiculed
so much for its excess that it was torn down soon after it went
viral on the internet.

The Man Meets the Sea, Denmark 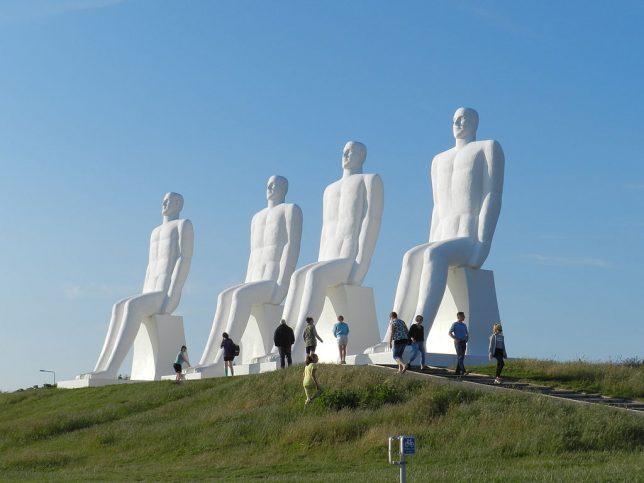 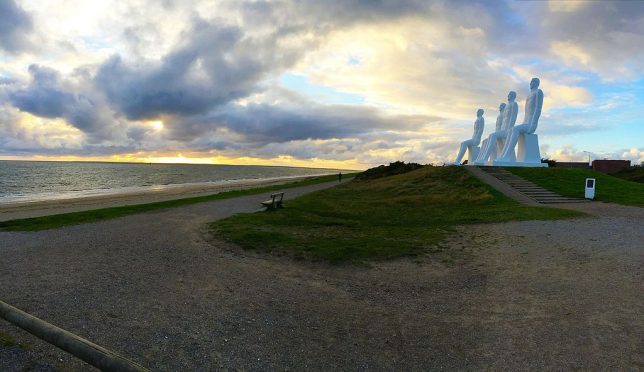 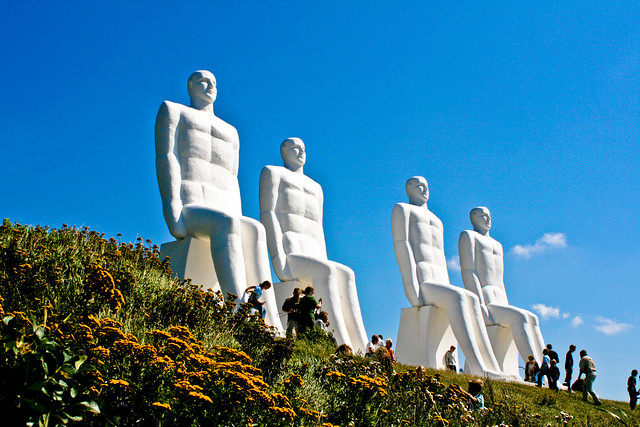 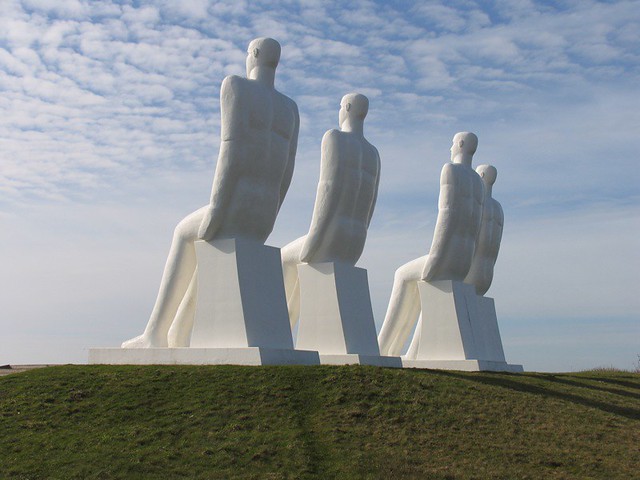 Four stark white figures stand 30 feet tall while seated,
standing out when the sky is blue and virtually disappearing in
cloudy weather. The ‘Man Meets the Sea’
sculpture is visible to ships arriving in or departing from
Esbjerg Harbor on the southwest coast of Denmark. Created by
Svend Wiig Hansen in celebration of the town of Esbjerg’s 100th
anniversary as an independent municipality in 1994,
the sculpture “portrays the meeting between pure, unspoilt
mankind and nature. Man, innocent as from his mother’s womb.
Man before rising up and beginning to act. That, according to
Wiig Hansen, was where things started to go wrong – when man
got ‘dirt’ on his hands.”

The Kelpies at Helix Park, Scotland 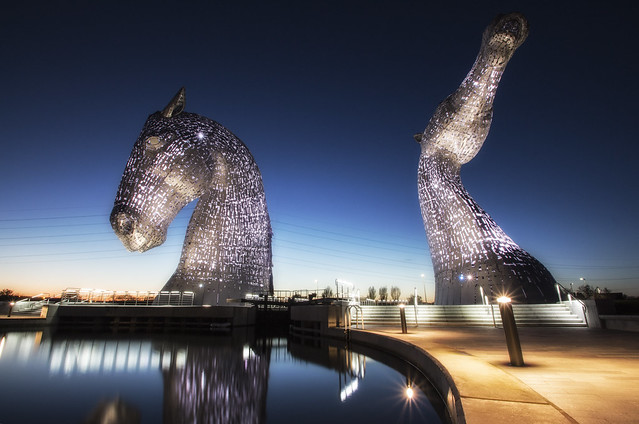 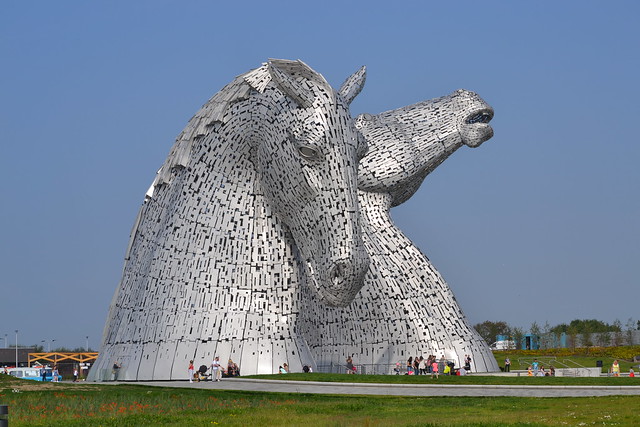 A pair of horse heads known as The Kelpies by
sculptor Andy Scott emerged near the River Carron in the
Falkirk Council Area of Scotland in October 2013 to celebrate a
new extension of the Forth and Clyde Canal at Helix Park. Named
for mythological Scottish shapeshifter that transform from
horses into hooded humans, the statues pay tribute to the many
horses that have helped Scotland become what it is today. Scott
first created 9-foot-high versions in his studio, which were
scanned by lasers and reproduced by steel fabricators. He
envisions them as “water-borne, towering gateways into The
Helix, the Forth and Clyde Canal and Scotland, translating the
legacy of the area into proud equine guardians.” 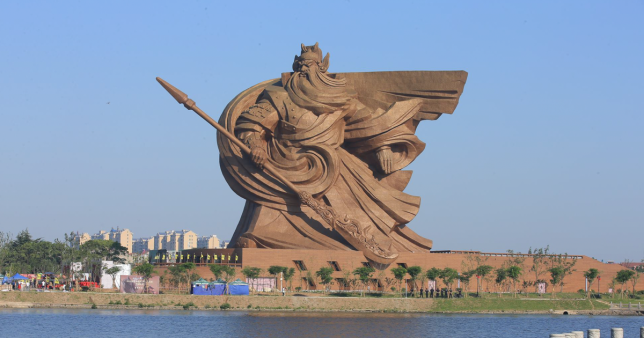 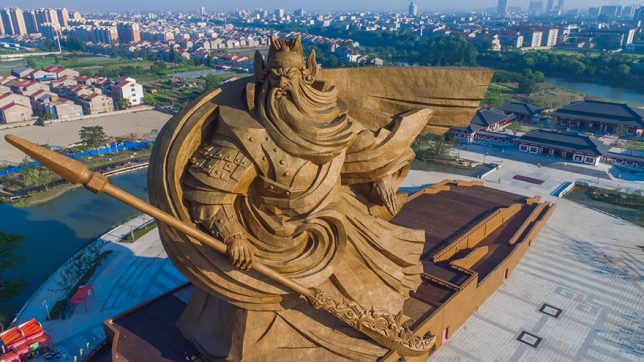 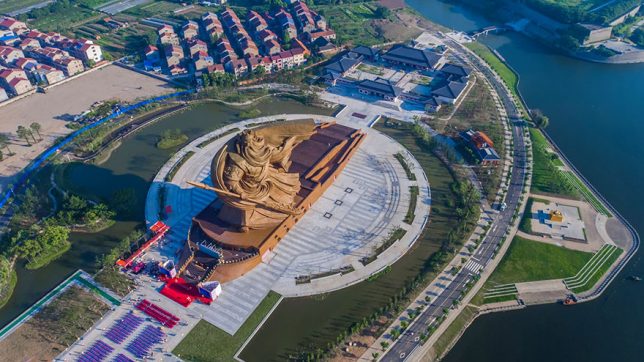 Quite stunning both for its proportions and its artistic merit,
this enormous depiction of the Chinese god of war looks like he
could start swinging his ‘Green Dragon Crescent Blade’ around
at any second. Unveiled in 2017 in his namesake park in
Jingshou, China,
Guan Yu stands 190 feet tall, weighs over 1,320 tons and
consists of over 4,000 bronze strips. He stands atop an
86,111-square-foot museum. Though he’s now been deified,
Guan Yu was a
real person, a general serving under warlord Liu Bei in the
late Eastern Han dynasty. Known as a great warrior, he governed
the Jing Province for seven years before he was captured and
executed by a power-seeking betrayer in 220 C.E. His real-life
exploits are rather overshadowed by myths that have sprung up
around him, depicting him as the ultimate human embodiment of
strength, loyalty and righteousness.