Bridges, buildings, staircases and pavilions twist and turn
around themselves, forming into neat knots or chaotic tangles
in these 13 wildly weaving creations. There’s often a method to
this madness, however, with the knots creating strategic nooks,
pathways or climbable structures, taking inspiration from
sailor’s ropes, woven palm fronds and pretzels. 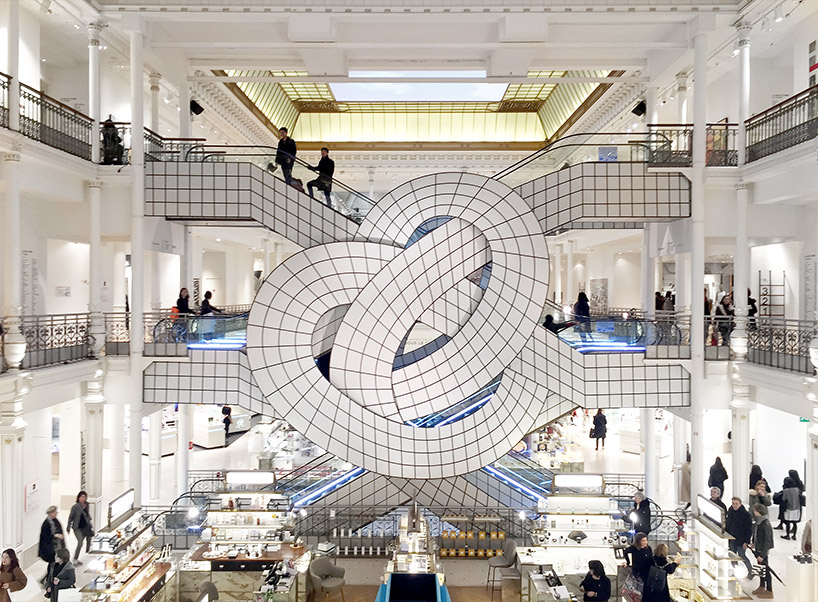 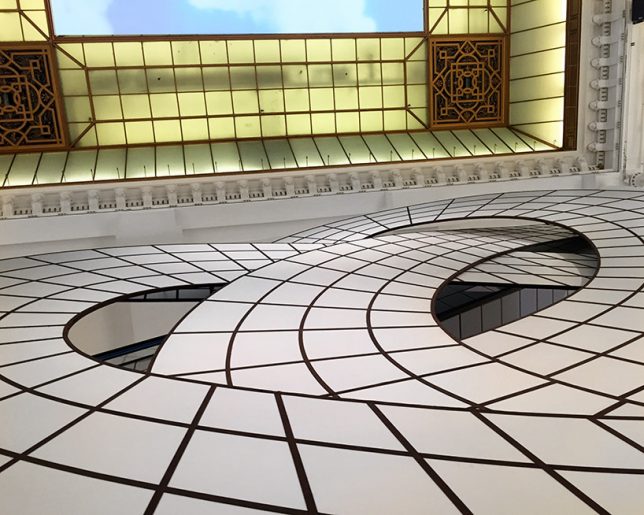 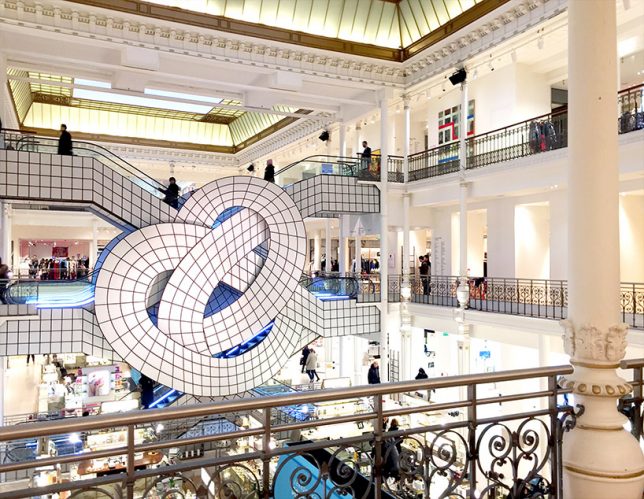 Paris’ Le Bon Marché is tied up in knots with a new twisted
staircase installation by Argentine artist Leandro Erlich
entitled ‘Sous le
Ciel.’ For the fourth year in a row, the store invited a
contemporary artist to transform its stunning 19th century
interiors, and this new iteration follows works by Ai Weiwei,
Edoardo Tresoldi and Chiharu Shiota. Named for an Edith Piaf
song, the pretzel-like sculpture makes it appear as if the
staircase is twisted and knotted around itself. 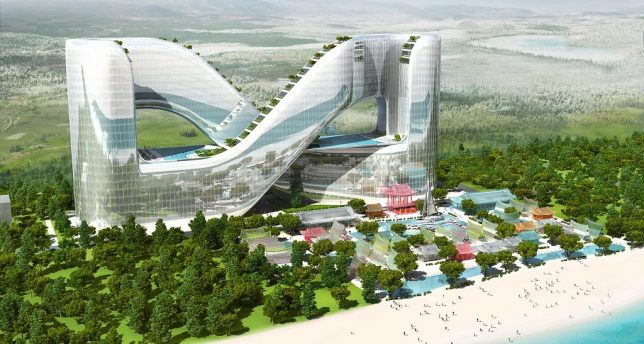 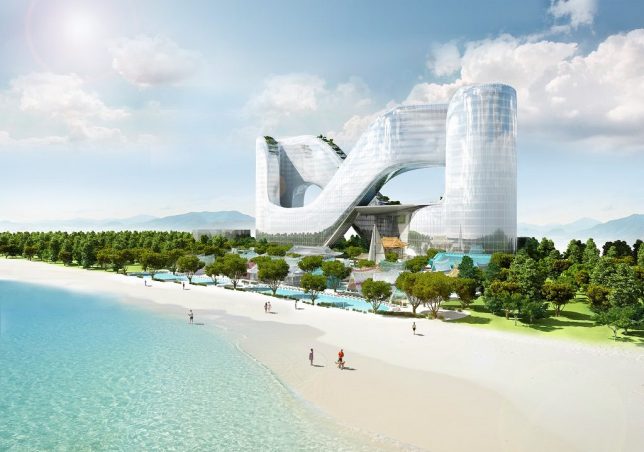 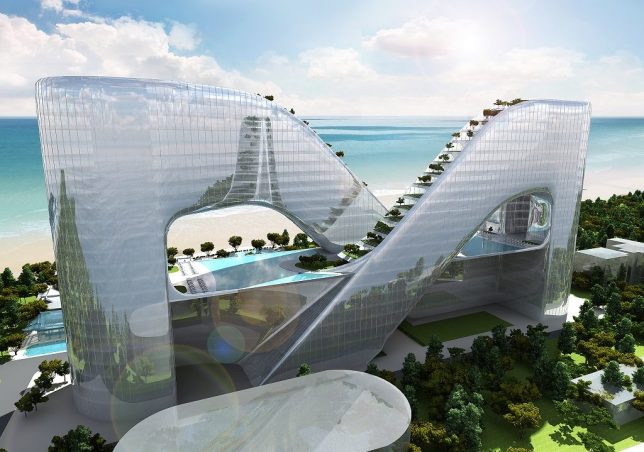 Designed for the 2018 Winter Olympics in PyeongChang, South
Korea but never built, this pretzel-shaped resort hotelby
Planning
Korea offers 946 rooms in a dramatic abstracted artificial
‘landscape’ with both mountain and marine activities for
guests. The shape takes inspiration from the anatomy of
plankton, and there’s a giant swimming pool suspended in a
mid-level ‘belt’ connecting either end of the structure.

Lucky Knot Pedestrian Bridge in Changsha, China by Next
Architects 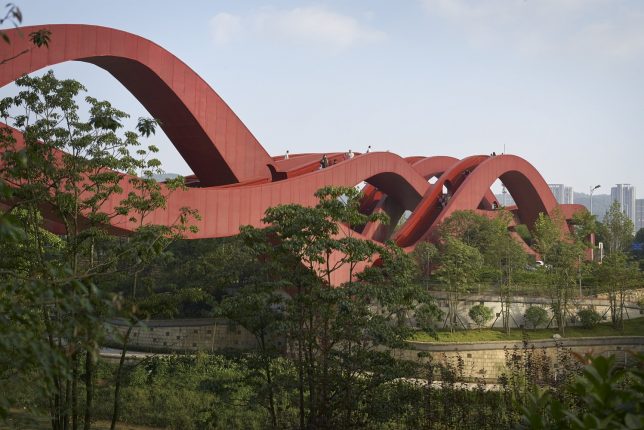 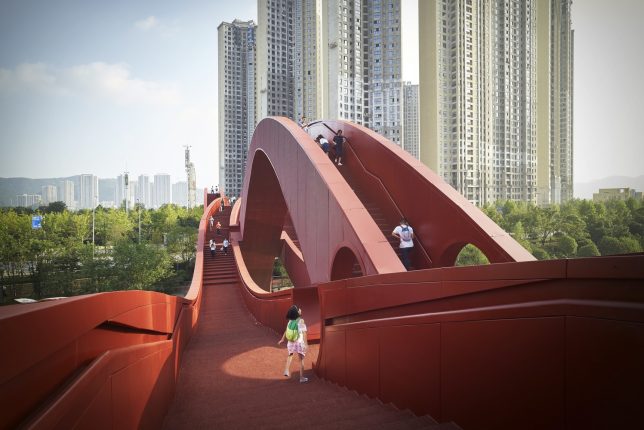 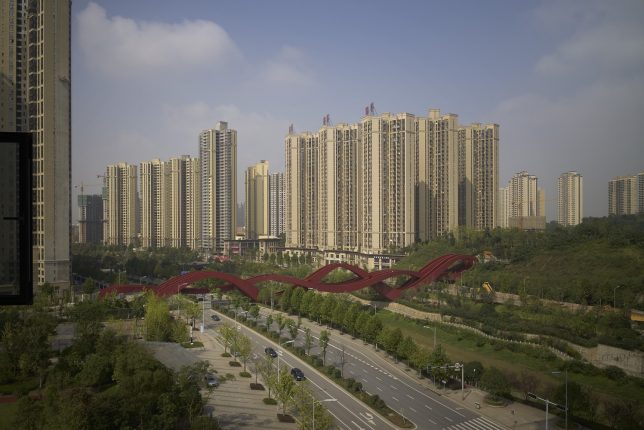 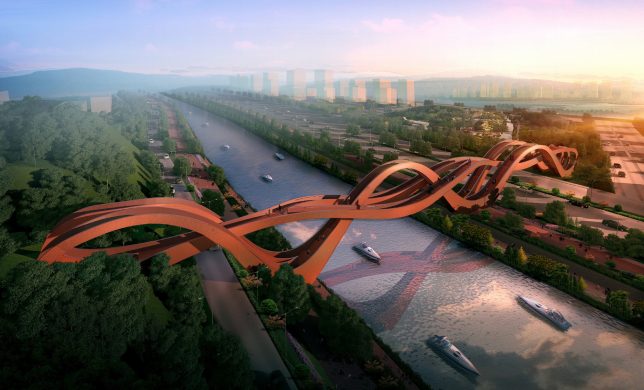 A new landmark for the Chinese mega city Changsha, the Lucky
Knot pedestrian bridge stands out both for its bold red color
and its mobius-inspired shape. The bridge represents a
collaboration between Next
Architect’s Dutch and Chinese teams of designers, with the
Dutch expertise in infrastructure and water management and the
Chinese designers’ understanding of the local context. The
bridge connects to multiple structures and levels of the
landscape at various heights, “literally and metaphorically
knotting all those routes together.” 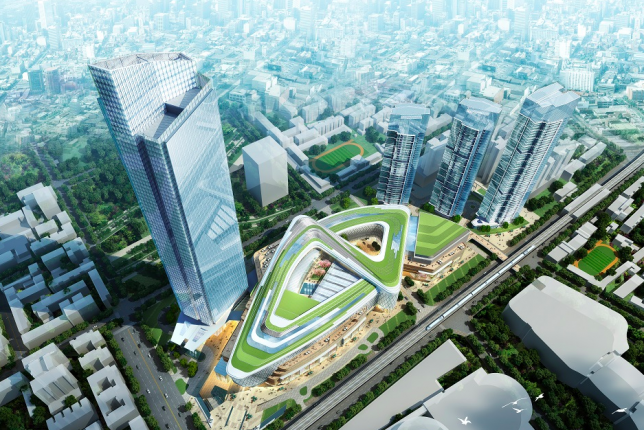 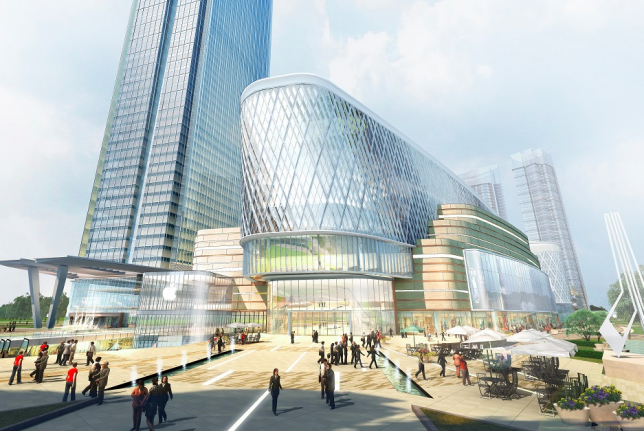 Containing a shopping mall, office tower and serviced
apartment, the design for
Heartland 66 by Aedas “adopts a concept of ‘infinity loop’
as an association with the Chinese art of knot tie,” say the
architects. “The concept of infinity loops and knots, developed
by Aedas’ Executive Directors Christine Lam and David Clayton,
is transformed into actual retail circulation which appears as
the visual feature uniting the three uses. The infinite knot is
presented in the circulation and roof form, connecting the
anchors and destinations with seamless flowing arcades.”